Another Big Win For The Environment

I testified at my first Congressional hearing in support of wilderness almost 45 years ago. It was a very hot May day in Utah, and we had to push the van through sand dunes with the A/C turned off, to keep the engine from overheating. 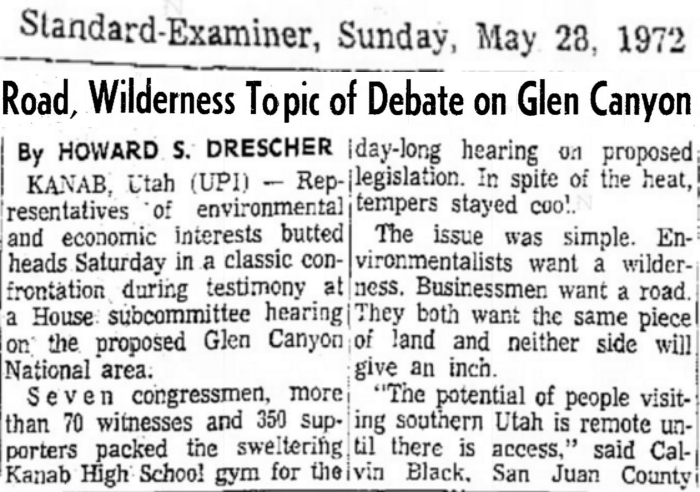 In the 1980’s I volunteered two summers as a wilderness ranger in New Mexico. 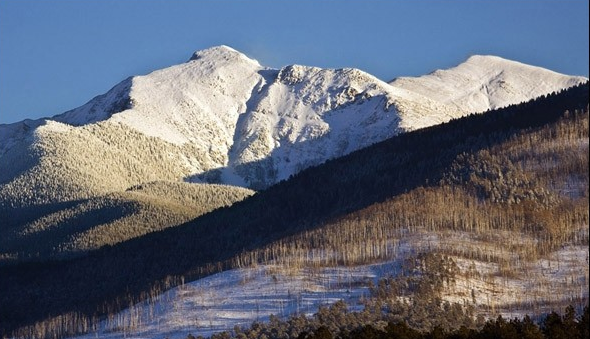 I still spend most of my time defending the environment from left wing nut jobs. 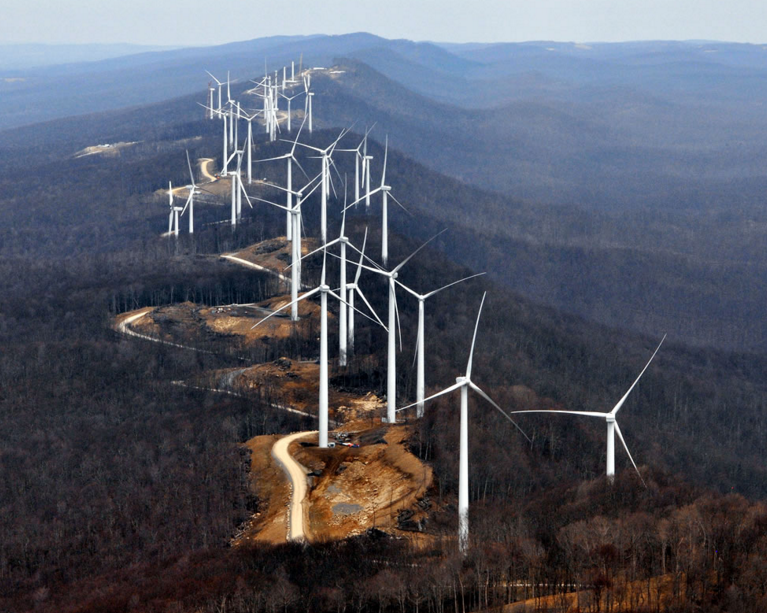 Here is some good news. The communities of Churchover/Cotesbach near Rugby, England have just won a battle against the great environment wreckers who were trying to bribe landowners, using taxpayer money, to destroy the environment. I’m proud to have played a small part in that battle.

Congratulations to the Churchover/Cotesbach community who have finally won their battle against subsidised wind turbines in the Upper SwiftValley.

Below is ASWAR’s initial reaction to the news that the Government has rejected the turbines. We now call-on Rugby Borough Council planners to take due regard of their defeat, start listening to the government and recommend refusal of permission to the 60 acre Solar Park application that is even nearer to Churchover.

He agreed with his Inspector, Mr Paul Jackson, who said that the degree of harm to landscape, visual amenity and heritage interests is considerably greater than McAlpine/RES or the Rugby Borough Council planners acknowledge.

While thanking Mr Clark for listening to the people, re-establishing some democratic trust and dismissing McAlpine/RES’s appeal, ASWAR will study in detail the 114 page announcement before deciding if further action is appropriate concerning the alleged incompetence of RBC’s planners.

ASWAR considers that the planners have acted in a manner, with regard to the local community in its fight to stop subsidised, unreliable ‘renewable energy’ applications ruining the historic conservation villages of Churchover and Cotesbach, that they should now consider apologising to the community, while also recommending RBC to reject the 60 acre subsidised Solar Park application that still hangs over Churchover, that has been described by local MP Mark Pawsey as ‘abominable’.

ASWAR would also like to thank the numerous people both locally, nationally and indeed internationally, who have all had a role in helping not just the battles along the way but now being on the verge of winning the final war against the subsidy speculators.

The community of Churchover have been under siege for almost six years but by coming together led by Churchover Parish Council and ASWAR , with the support of all the local Parish councils, Leigh Hunt our local councillor, Philip Morris-Jones, our county councillor, Mark Pawsey our local MP, Chris Heaton-Harris the MP who has coordinated the fight in the House of Commons, Sara and Roger Helmer MEP, Angela Kelly of Country Guardian, Prof David Unwin, Sue and Denis Wilson, Mike Stigwood of MAS Environmental, Dr Sarah Laurie of Waubra, Rachel Holloway, Trevor Sherman, Mike Hulme, Richard Cox, Adrian Snook, Philip Sullivan, Bev Gray, John Philpott, Chris Pacey-Day, David Cranham, Lisa Parker, Tim Reed of EcologicalConsultants, David Hall, importantly all those who funded the village’s barrister, Miss Thea Osmund-Smith of No 5 Chambers, and too many locals to mention by name, we are prevailing.

Thanks also to Andy Morris of Rugby Observer, Seb at Rugby FM, all at Rugby Advertiser and BBC Radio Cov & Warwick, who have regularly given us the opportunity of publicising our case.

Mention should also be made of Christopher Booker of the Sunday Telegraph, James Delingpole of Breitbart, Lord Lawson and Bennie Peiser of GWPF, John Constable ofRenewableEnergyFoundation , Owen Paterson MP, Paul Homewood of Notalotofpeopleknowthat, Dominic Mette of Friends against Wind, Anthony Watts of Whatsupwiththat, Tony Heller of StevenGoddard’sRealScience and Australia’s Stopthesethings who have all helped sustain our energy and confidence with their wise commentary and advice, for which we thank them and let us all hope it will not be long before the 2008 Climate Change Act is suspended and a sensible national energy policy based on ‘Energy security and affordability’ is implemented.

This is Lorne and myself putting up a sign to stop the madness. 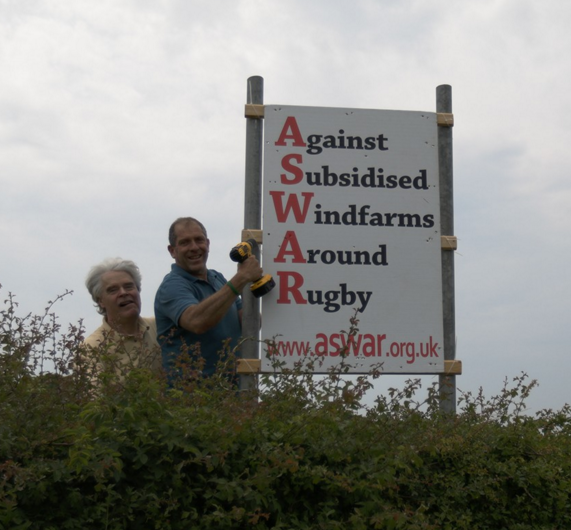 Congratulations to Lorne and Angelika Smith for a big win!! Well done.

4 Responses to Another Big Win For The Environment