Like with most stations in the Eastern Arctic, NASA and NOAA have “removed the 1940’s blip at Teigarhorn, Iceland. 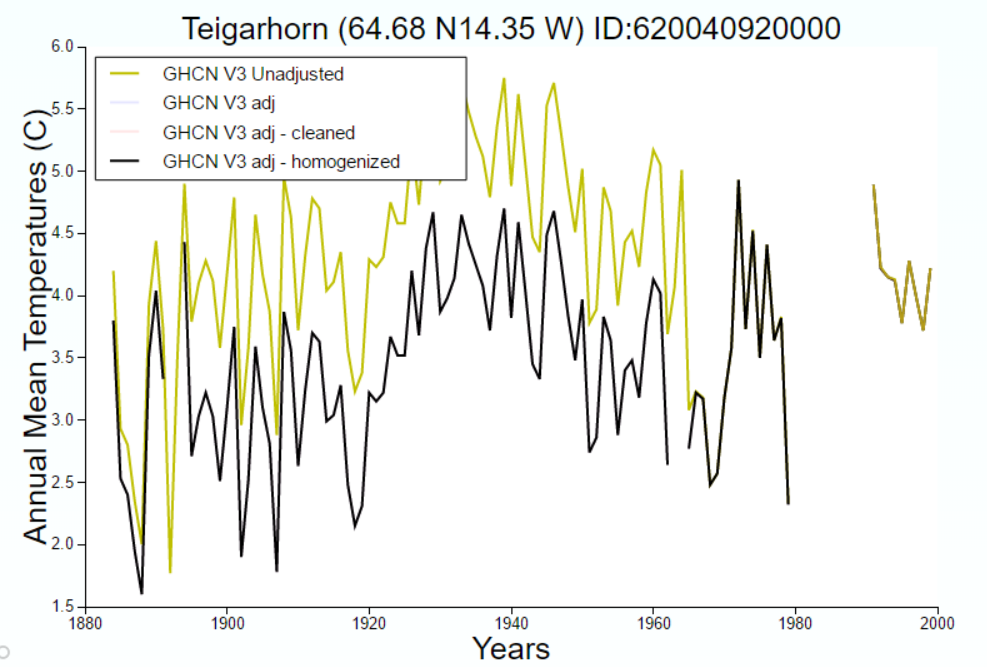 But what they did at Teigarhorn was particularly disturbing. The simply deducted 1.0C from all 1900 to 1960 temperatures.

In Climategate E-mails, they made their plans clear. They intended to “remove at least part of the 1940s blip.”

Climate science is a political venture intended to defraud the public. It is not a science.