Five years ago this week, academics led by Andrew Dessler announced that Texas would be hot and dry for the rest of the century, and declared their own credibility.

Since then, Texas has had two of their wettest years on record, and the long term trend is towards more precipitation. 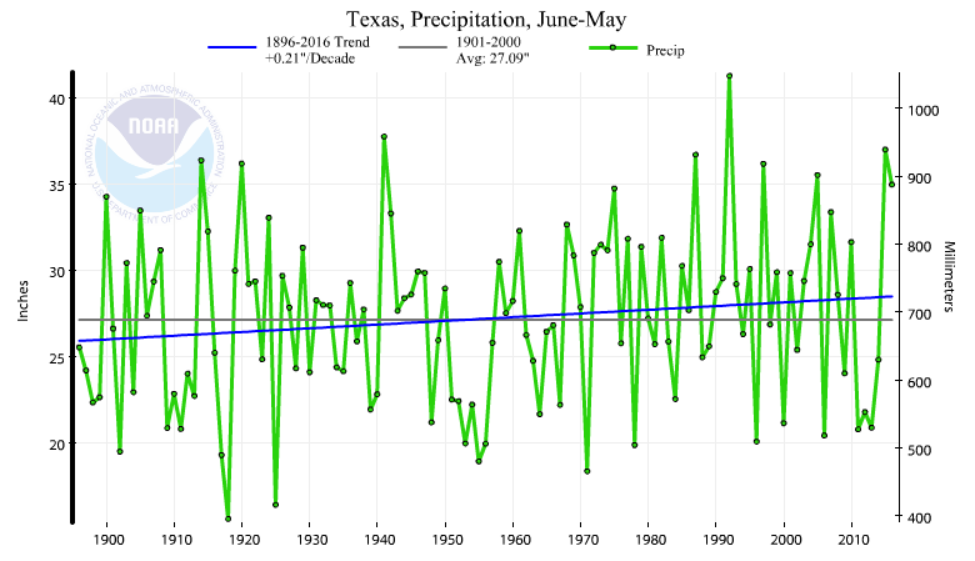 Dessler made his forecast in 2011, during a very hot summer. Since then, the occurrence of hot weather in Texas has dropped back to well below the 1920-1960 peak. 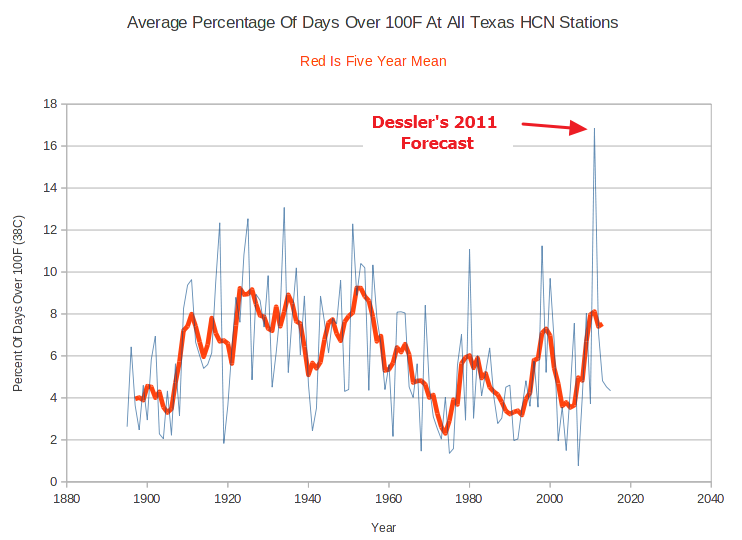 Their predictions were baseless, and were made by professional ambulance chasers known as “climate scientists.”

3 Responses to Academia Is Vulnerable To Wildly Incompetent Climate Science

Leave a Reply to Don B Cancel reply