NASA’s just released data shows that Earth is cooling the fastest it has since at least 1880. Over the past four months, global temperatures have dropped more than half a degree C. The second fastest drop occurred 100 years ago in 1916. 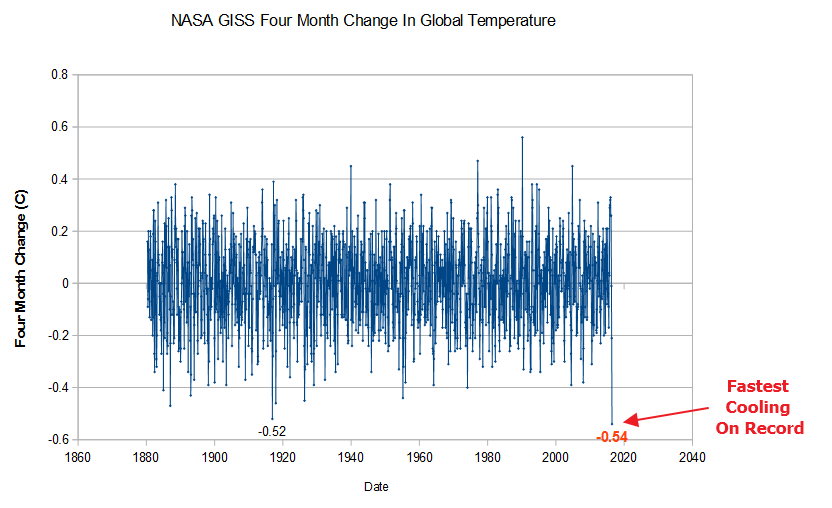 The WMO describes this record cooling as record warming.

The earth is on track for its hottest year on record and warming at a faster rate than expected, the World Meteorological Organization (WMO) said on Thursday.

“What we’ve seen so far for the first six months of 2016 is really quite alarming,” David Carlson, director of the WMO’s Climate Research Program, told a news briefing.  “This year suggests that the planet can warm up faster than we expected in a much shorter time… We don’t have as much time as we thought.”

Earth on track for hottest year ever as warming speeds up

“War is Peace, Freedom is Slavery, Ignorance is Strength, Cooling is Warming”