Climatologists blamed every imaginable form of bad weather on the global cooling that was occurring.

In 1975, the National Academy of Sciences reported the same thing, and said global cooling is inevitable. 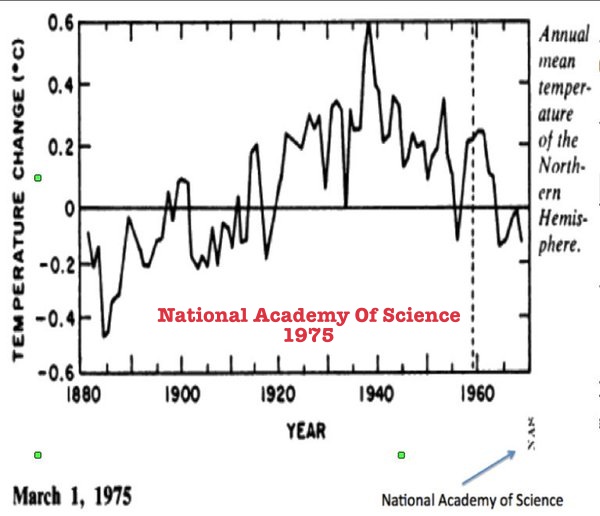 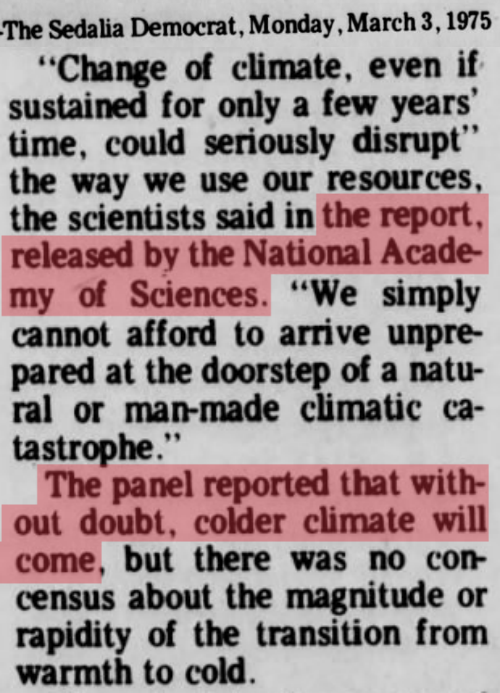 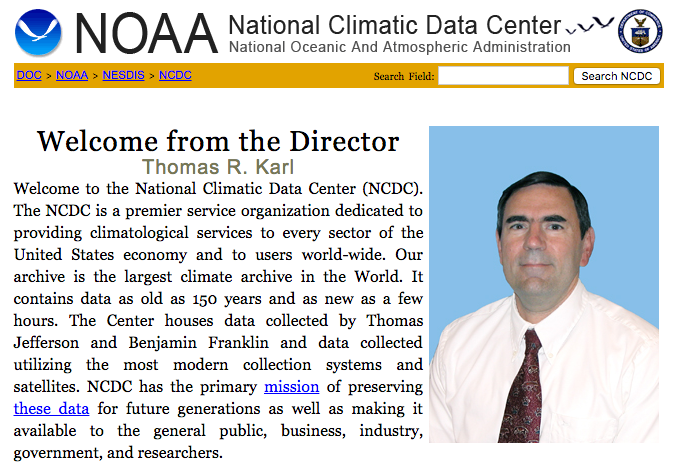 The next image overlays the 2016 NASA graph on top of  Hansen’s 1981 NASA graph, at the same scale on both axes. It shows how NASA has cooled the past far outside their own blue error bars. This indicates that they do not understand their own data and are not doing science. 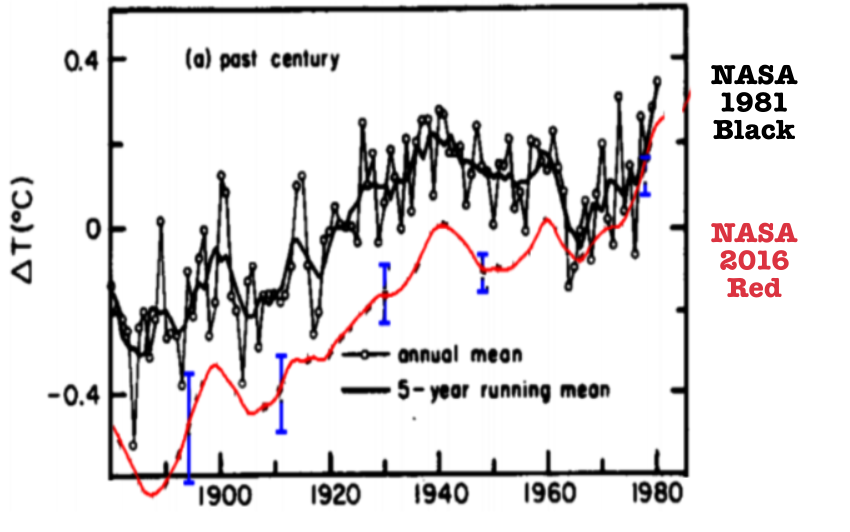 Summarizing : NASA has completely erased the post-1940 cooling. They turned Tom Karl’s 1921-1979 cooling into 0.5C warming, and have more than doubled 1880 to 1999 warming since their own 2001 temperature graph. Malfeasance like this in most professions would have serious consequences for the perpetrators.

The NASA temperature record is wildly unsupportable garbage. Unfortunate that clueless people like Steven Mosher and Brian Cox believe it is gospel truth. 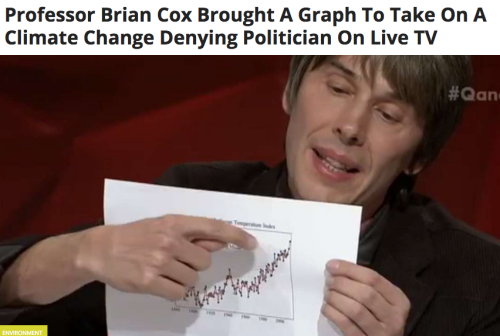 35 Responses to The Corrupt History Of NASA Temperature History