The Green Party believes Hillary Clinton will destroy all life on Earth, and demands that she be put in office. 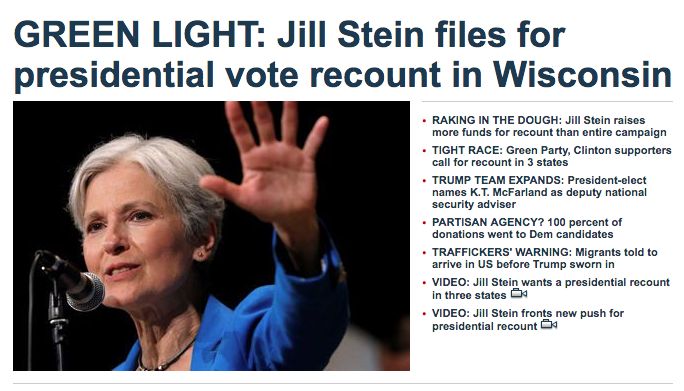 CNN has an alternative explanation. They say scientists have determined the election was hacked, using the same evidence free methodology perfected by NASA/NOAA climate experts.

Perhaps they will contract to NASA to adjust the election results. NASA has demonstrated great skill at reversing outcomes.