Posted on November 8, 2016 by tonyheller

NOAA claims January-October was the second hottest on record in the US, and that the US is getting much hotter. 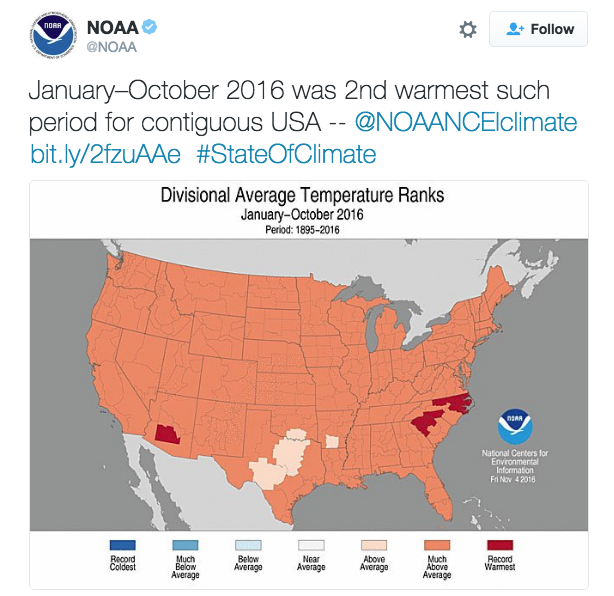 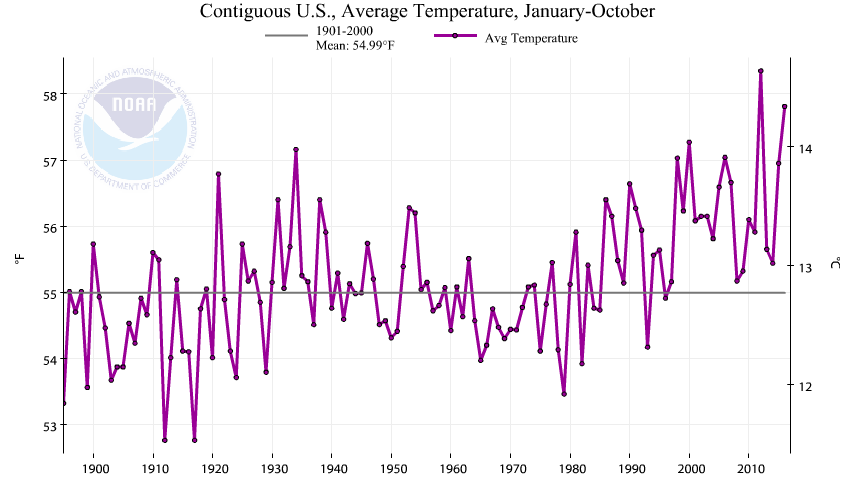 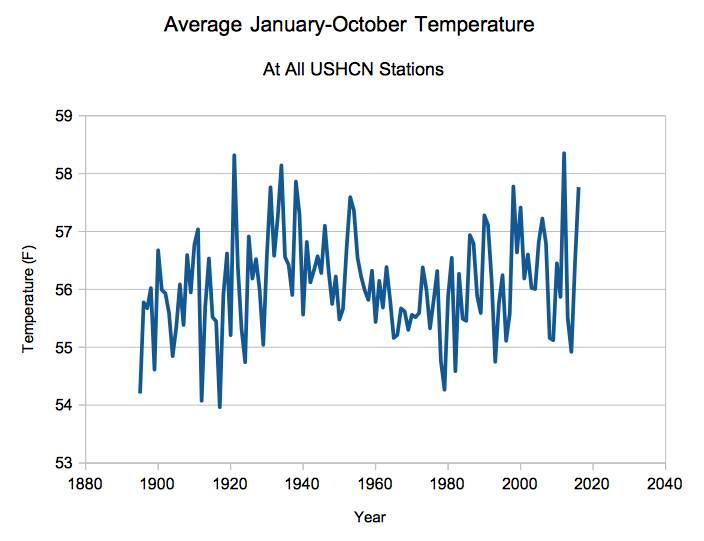 Meanwhile, the frequency of very hot days has plummeted in the US, with 2016 being one of the coolest on record. 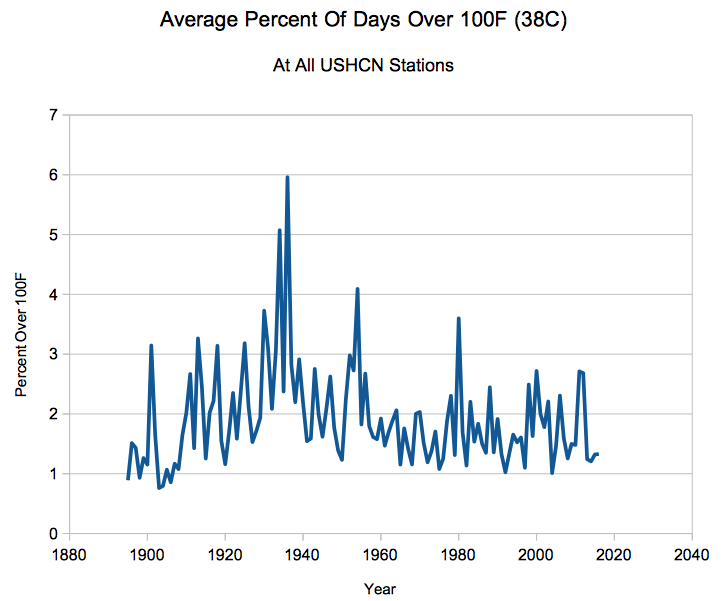