“The claim that GISS has ‘removed the 1940s warmth’ in the Arctic is not correct.”

As is often the case, Gavin is lying. The GHCN V3 data (which he uses) shows a huge warming spike after the 1970’s, and rapid warming over the past century at Greenland’s capital. 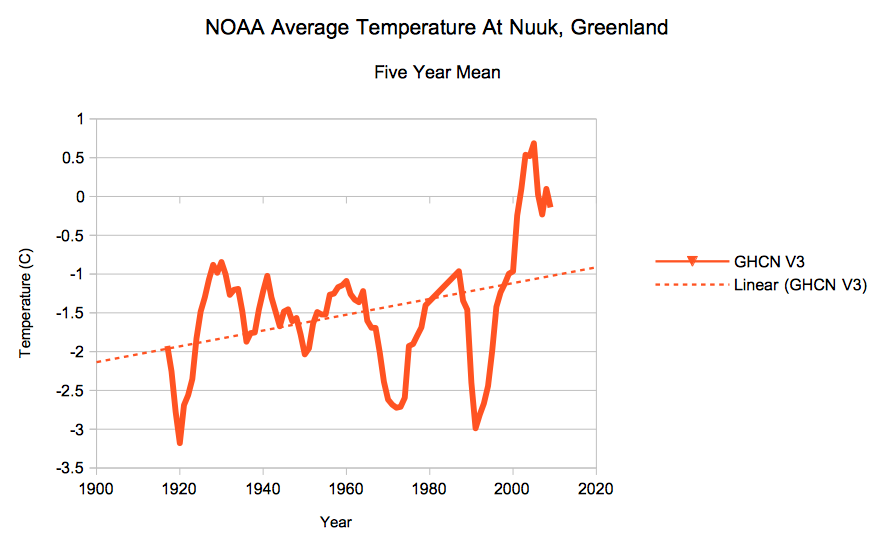 The GHCN V2 data showed the exact opposite. The 1940’s were just as warm, and Nuuk has cooled about one degree over over the past century. 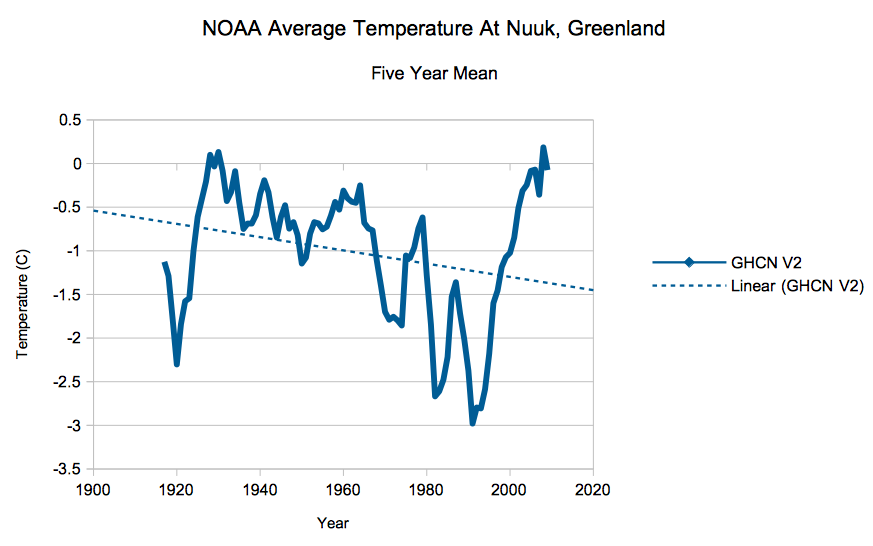 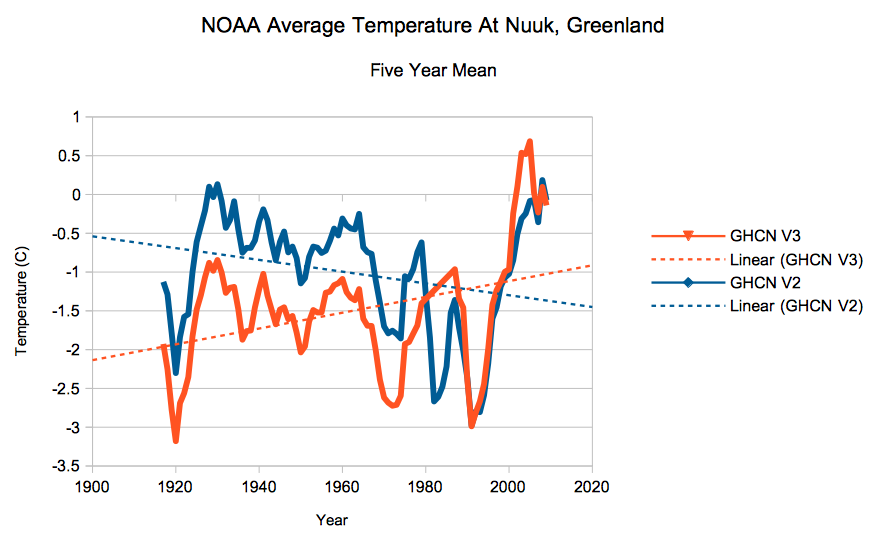 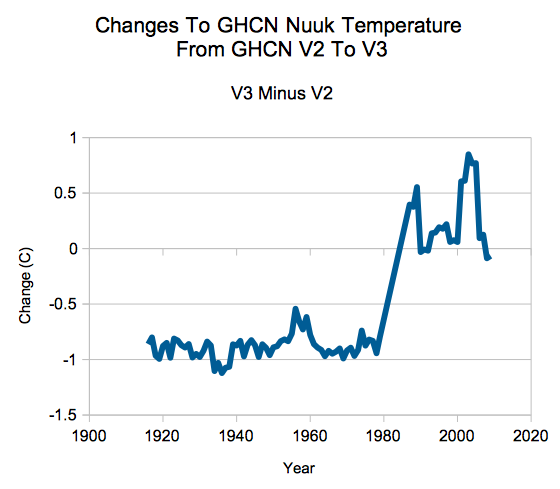 This is exactly the same fraud he committed to temperatures at the capital of Iceland.

The GHCN “corrections” are grossly in error in the case of Reykjavik but not quite as bad for the other stations …. we do not accept these “corrections”.