Posted on December 6, 2016 by tonyheller

Peter Hannam recently wrote one of the worst fake climate news articles ever for the Canberra Times about the Arctic, and is now doing a repeat for SMH at both poles. His first major mistake is claiming low November Arctic sea ice extent is causing sunlight to be absorbed in the Arctic Ocean.

If Peter actually knew anything about the earth, he would know that the sun doesn’t shine in the Arctic in November – and open water in the Arctic Ocean in November allows heat to escape to the much colder air.

But it gets worse. Peter also appears to be trying to fool his readers into believing a hole in Antarctic sea ice may also be due to global warming. Note the not very subtle placement of the words “clarion call of global warming” next to the Antarctic sea ice graph above. Nothing in his article supports that idea, but his intent to lead the reader towards that conclusion is clear.

Here is the latest satellite map of Antarctic sea ice, showing a large hole in the ice. 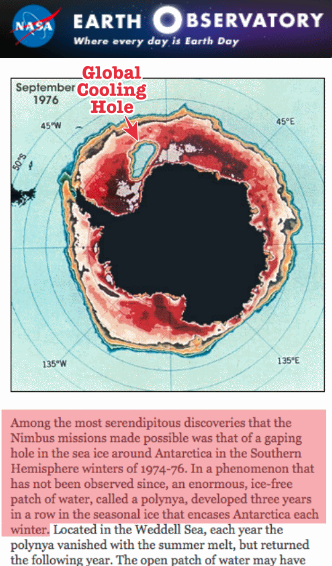 At that time, the Canberra Times was pimping global cooling and the ice age scare. 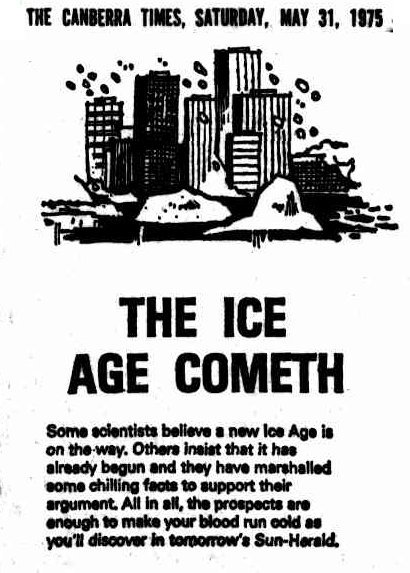 Antarctic sea ice extent has nothing to do with either fake global cooling scares or fake global warming scares. The ice behaves the same during both. But Peter Hannam gets readers by writing fake climate news articles for the Australian press.