May Used To Be Much Hotter In The US

On May 7, 1934 temperatures were over 100 degrees in Nebraska and Iowa. Algona, Iowa was 101 degrees, 27 degrees warmer than today’s forecast. 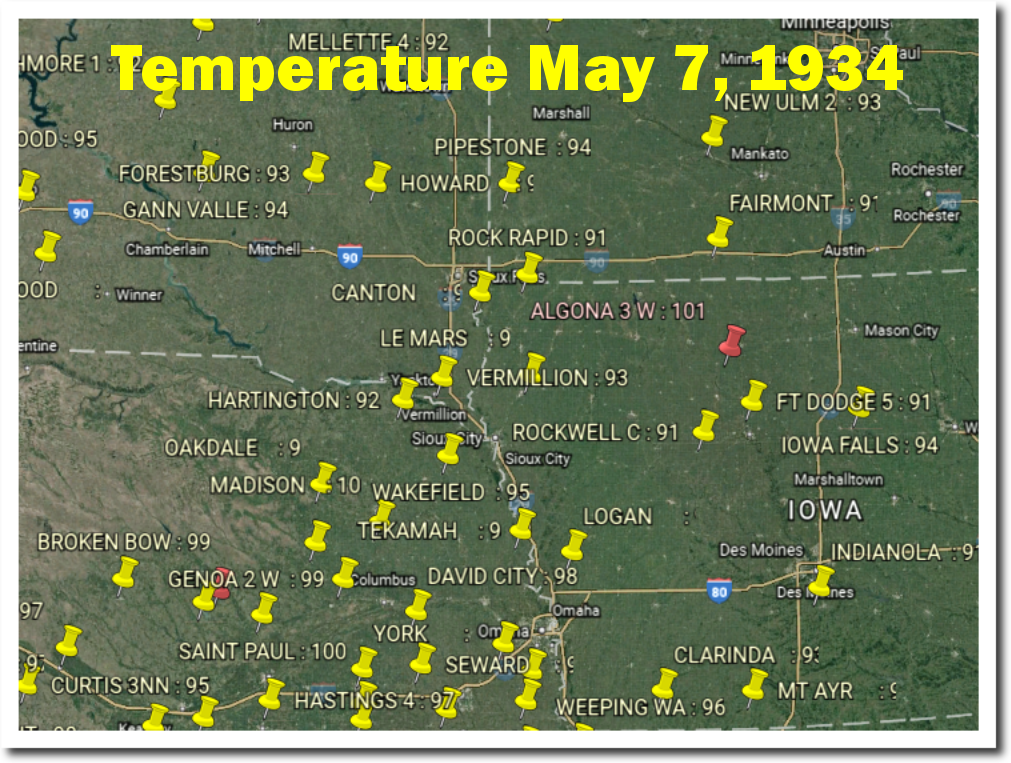 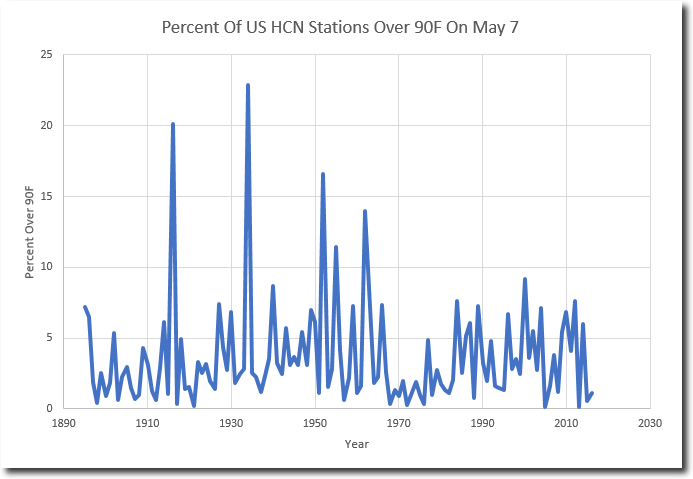 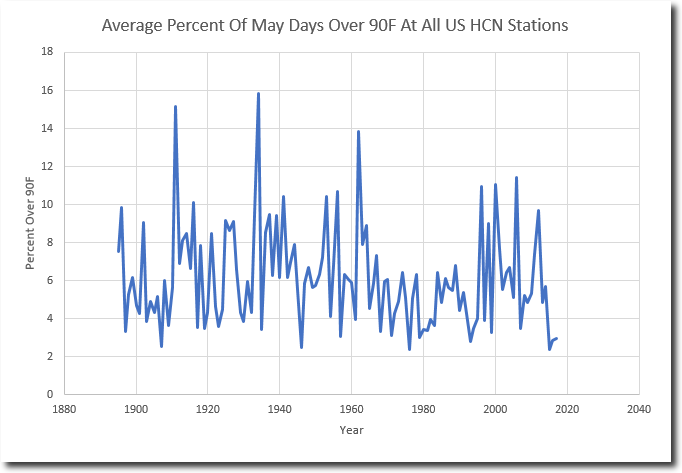 During May, 1934 more than two thirds of the US was in drought. 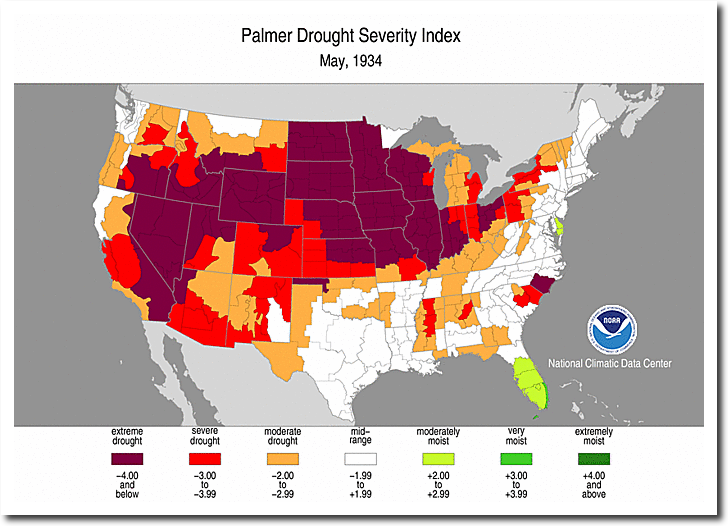 This year about 10% of the US is in drought, near or at a record low. 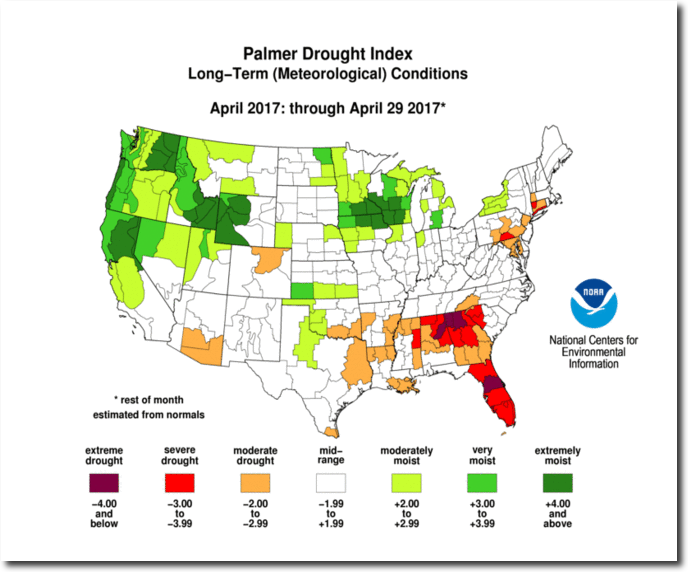 Climate experts says that global warming causes Spring heatwaves, but as with everything else in climate science – they are claiming the exact opposite of what the data shows. 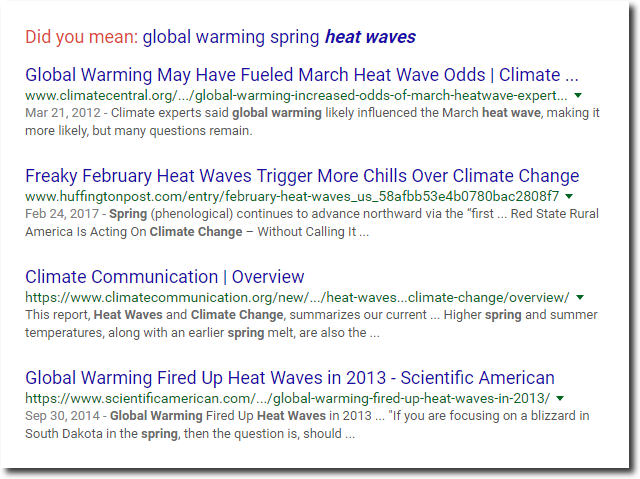