Smallest Arctic Melt In A Decade

The amount of Arctic summer melt is down nearly 10% over the past decade, with 2017 being the lowest. Greenland had their fifth largest surface mass gain on record.

Greenland’s largest glaciers have been growing for five years.

Climate experts of course claim the exact opposite. They have funding to protect and their scam is endangered by reality, so they are ramping up their lies and fraud to spectacular new levels. 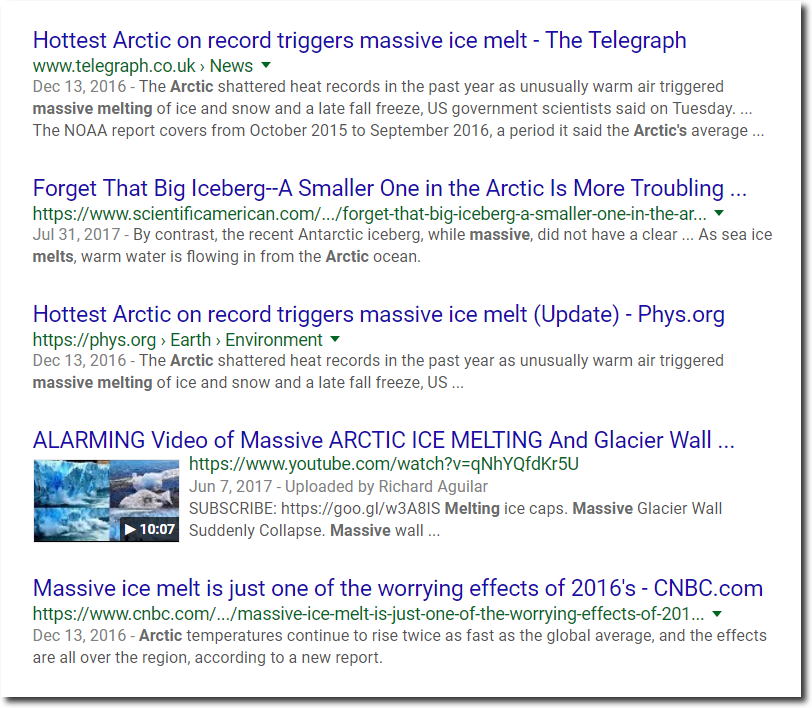 13 Responses to Smallest Arctic Melt In A Decade