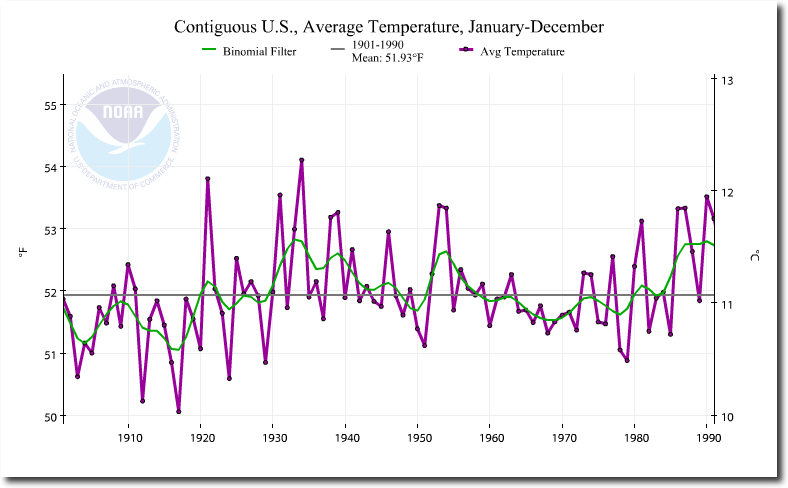 The next graph overlays the 2017 graph on the 1991 graph, at identical scales on both axes. NOAA creates US warming by cooling the past. 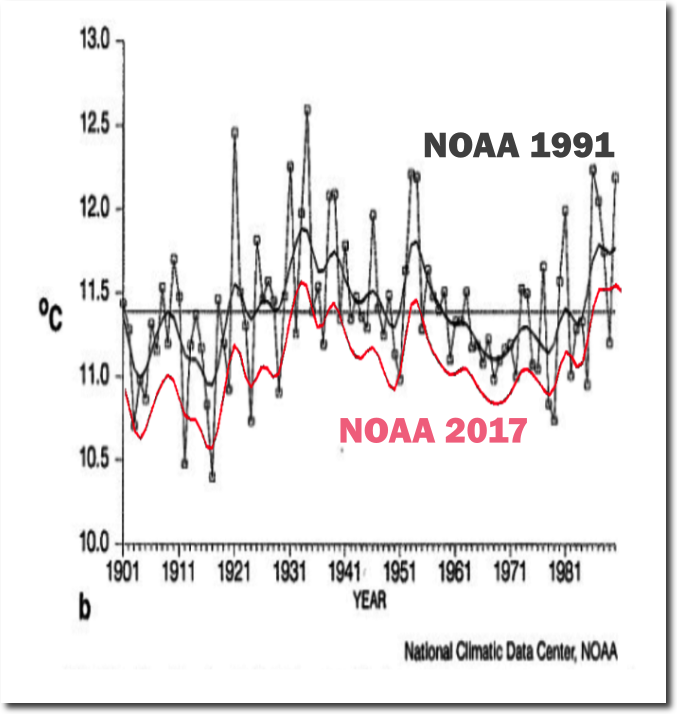 NASA does exactly the same thing.  Their 1999 US temperature graph correctly showed the 1930’s as the hottest decade in the US, with subsequent cooling through the end of the century. 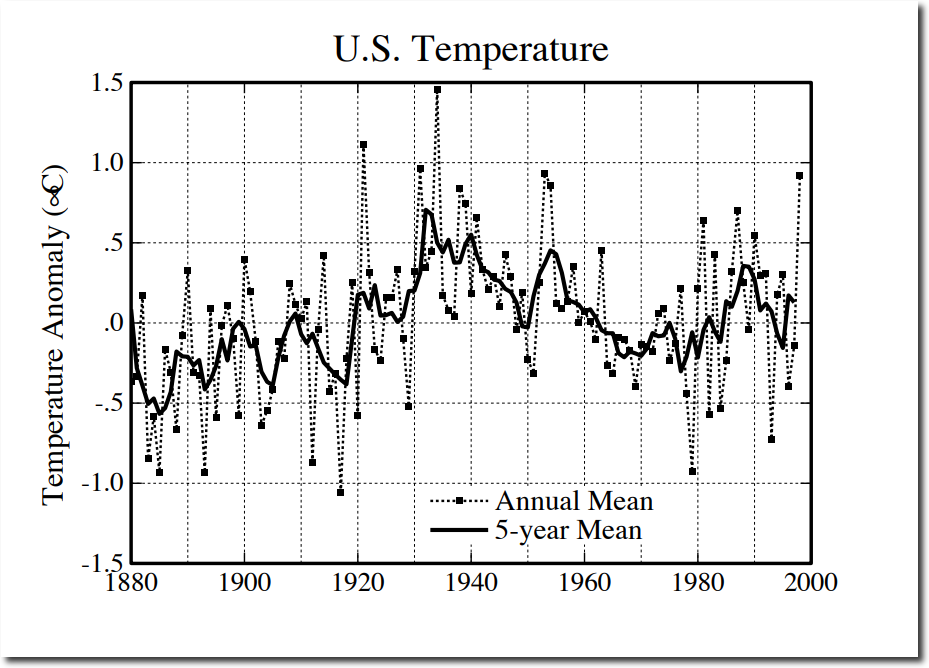 NASA has since cooled the period 1920-1950, and massively warmed post-1980 temperatures, to turn the cooling trend into a warming trend. The next graph overlays the 2017 NASA graph on the 1999 NASA graph, with identical scales on both axes. 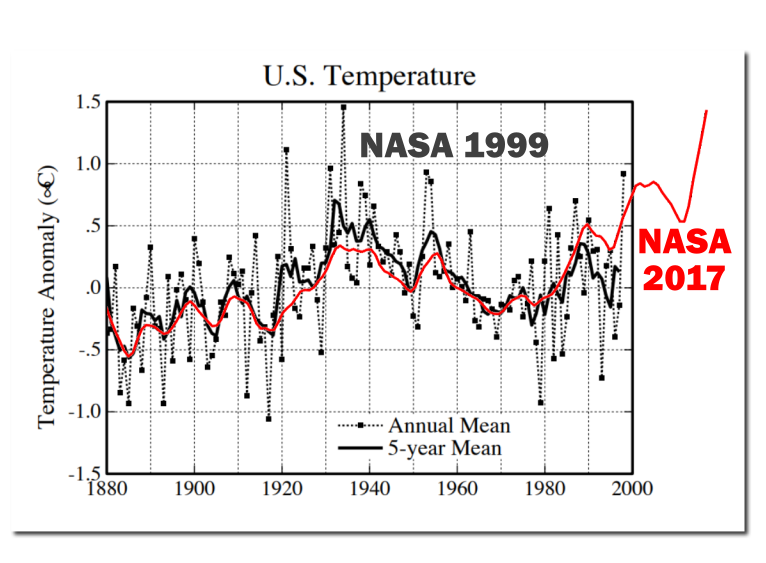 The US is the only place on Earth with reliable long term temperature data, and both NASA and NOAA have tampered with the data to turn post-1930 US cooling into warming.

But it is much worse than it seems. NOAA has almost no daily temperature data outside of North America prior to 1930, and very little prior to 1950. In 1974, the National Center for Atmospheric Research showed no net global warming prior to 1970, and a sharp cooling after 1945. 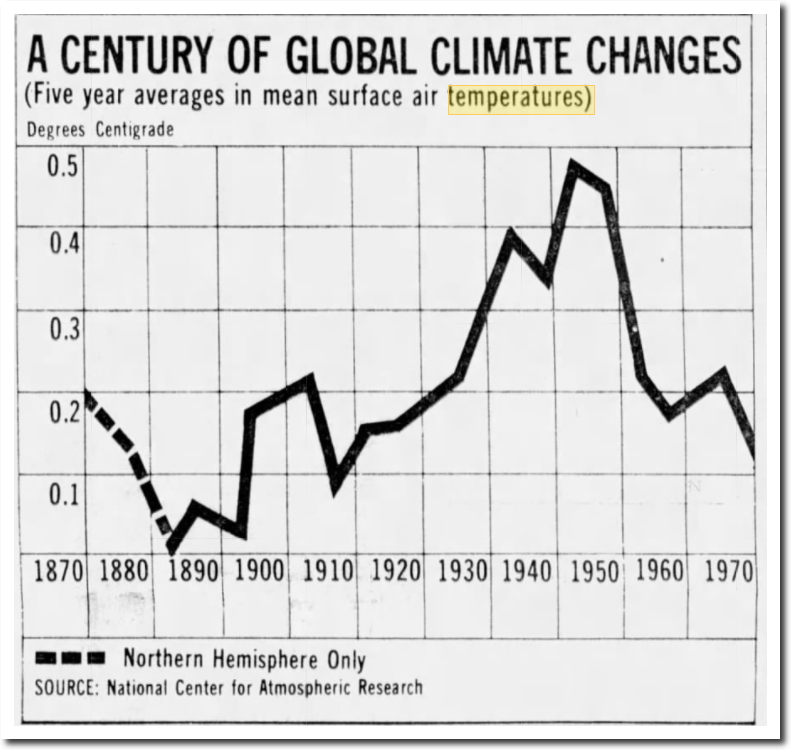 NASA has completely erased the post-1945 cooling, and created a large amount of warming prior to 1970. The US temperature data has been tampered with to turn cooling into warming, and the global temperature data prior to 1950 is simply fake. It is time to put this global warming scam down once and for all.