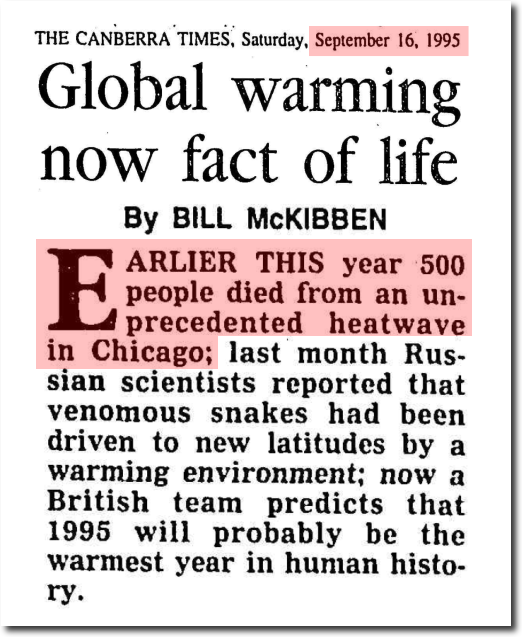 So what happened in 1995? The Daley administration mishandled the heatwave, and old people were afraid to open their windows because the high crime rate. Most of the US heat deaths that summer occurred in Chicago, because of the mess Democrats had made there. 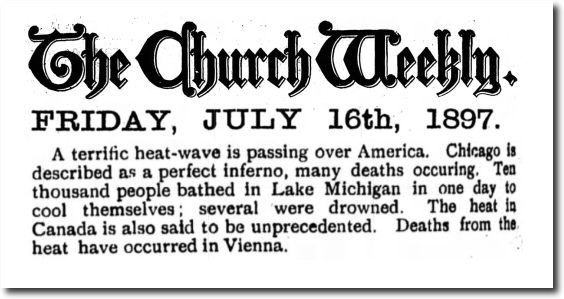 By 1995, climate alarmists lying about the climate had become a fact of life.