Squaw Valley, California is having yet another epic snow year, having received 400 inches of snow so far this winter. The previous three winters they received 495″, 728″ and 411″. 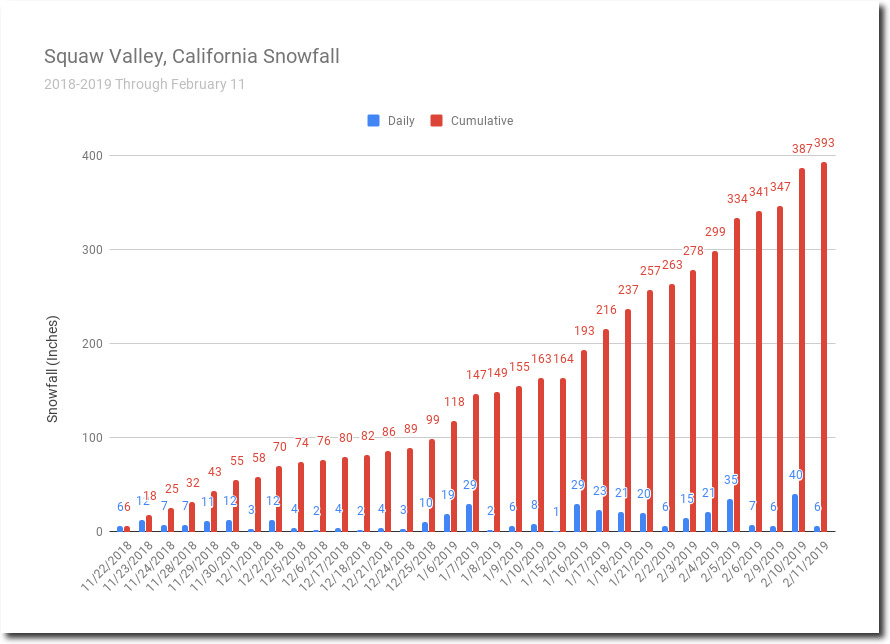 Three years ago, California Governor Jerry Brown announced the California global warming induced permanent drought, as well as his plans to end the drought by building a high speed rail line which nearly bankrupted the state.

This came 40 years after he announced the global cooling catastrophic drought in California.

Just as California lands in such a desperate state of drought, the new governor has cancelled Jerry Brown’s choo-choo train.