The weather of the 21st century will be very much like the hot and dry weather of 2011  …. There are few qualified atmospheric scientists who would argue with the assessment in the book. And there are none in Texas 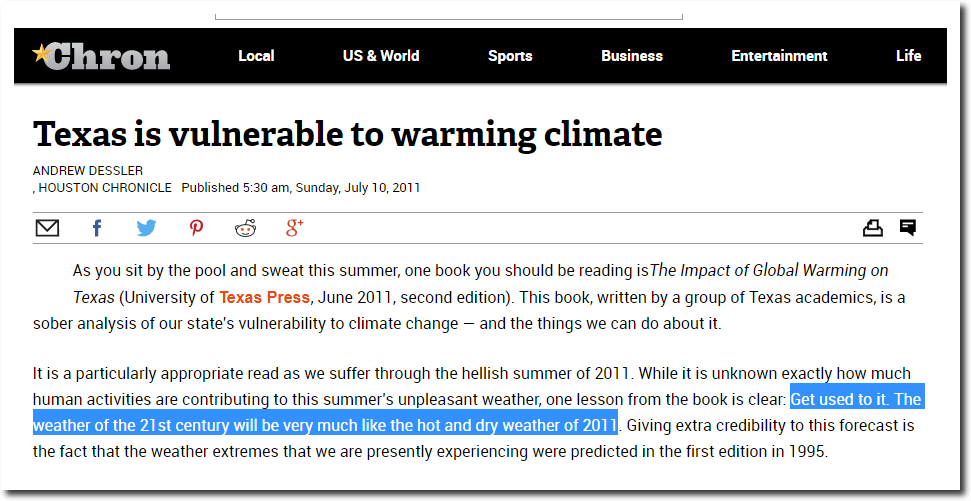 Since then, Texas has been having their wettest weather on record. The frequency of hot days has also been declining.  The weather of 2011 was an outlier, not climate. Afternoon temperatures in Texas have declined about one degree since the peak in 1921. 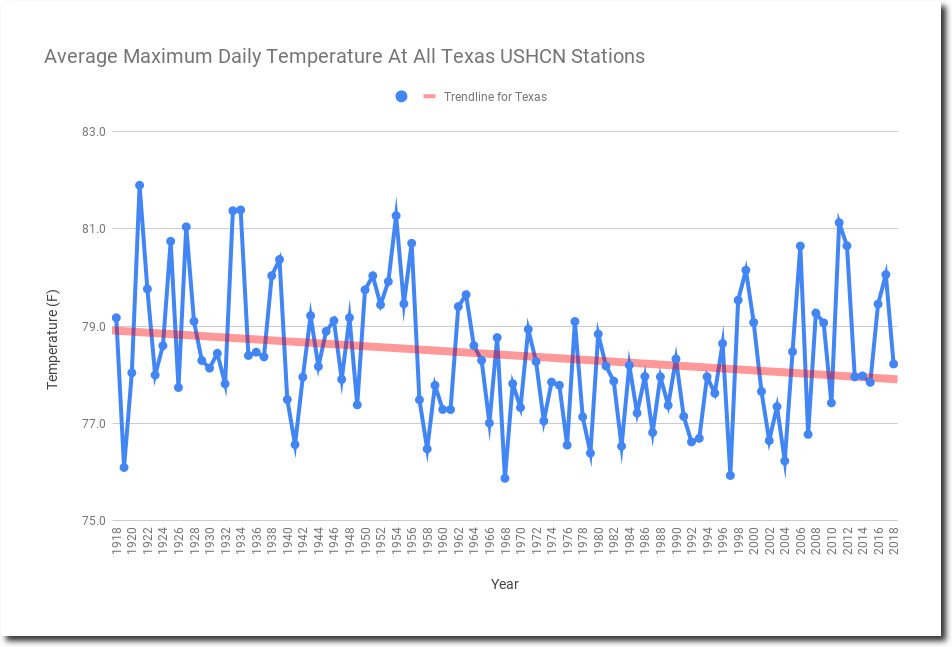 But this doesn’t suit the needs of the climate mafia, so NOAA alters Texas temperatures to turn cooling into warming. 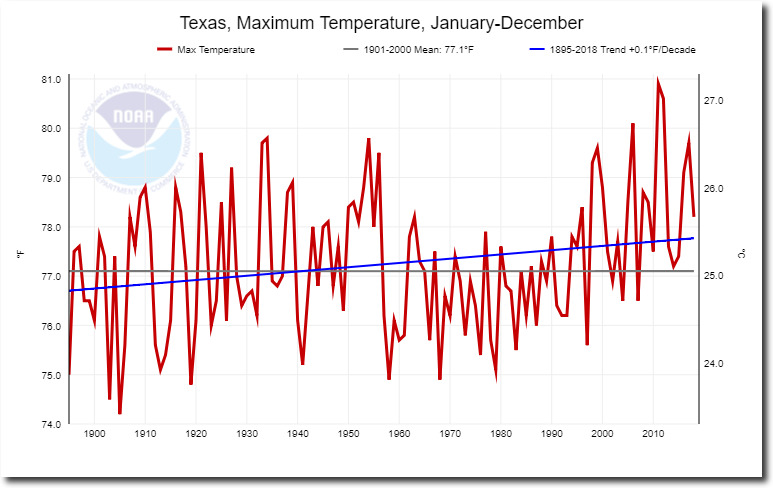 Much of this change occurred under Nobel Prize Winner Barack Obama’s watch. NOAA simply altered their data to create a fake warming trend.

This was achieved through a spectacular hockey stick of data tampering, which cools the past by two degrees. 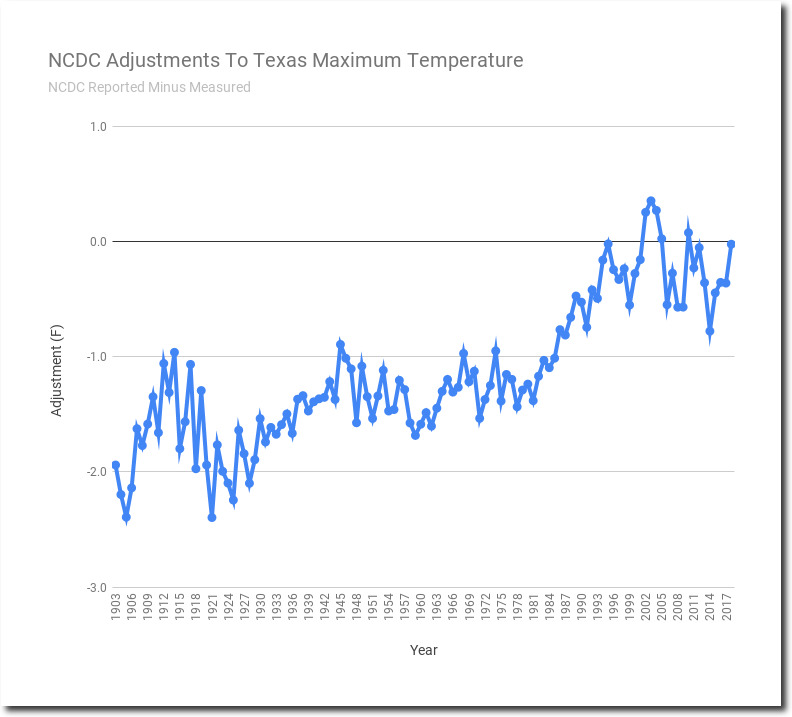 Texas climate academics have no legitimacy, and neither do government climate agencies. The climate scam is world class fraud.  I went to graduate school in Texas, got engaged twice there, married once there, and started my engineering career there. 16 Responses to Messing With Texas