Coldest October-April On Record In Over A Century

Posted on May 2, 2019 by tonyheller
[This post has been corrected. There was a calculation error in the original version. I wrote some new code this morning to allow date ranges across annual boundaries.  The problem was that the code uses 0-11 as month numbers, and the NOAA data uses 1-12, so there was a month shift which affected the last year (2019) differently than the other years.]

Since the beginning of the water year (October-September) most of the US has been cold. 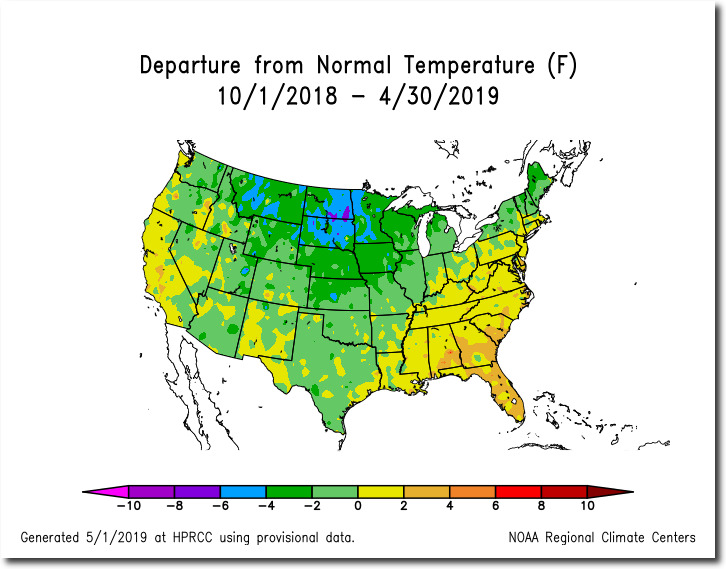 Afternoon temperatures since October 1st have been the coldest in the last century. Nighttime temperatures were also well below average, for the second year in a row. It was most likely the wettest October-April on record, but I won’t have statistics for that for a couple of weeks. 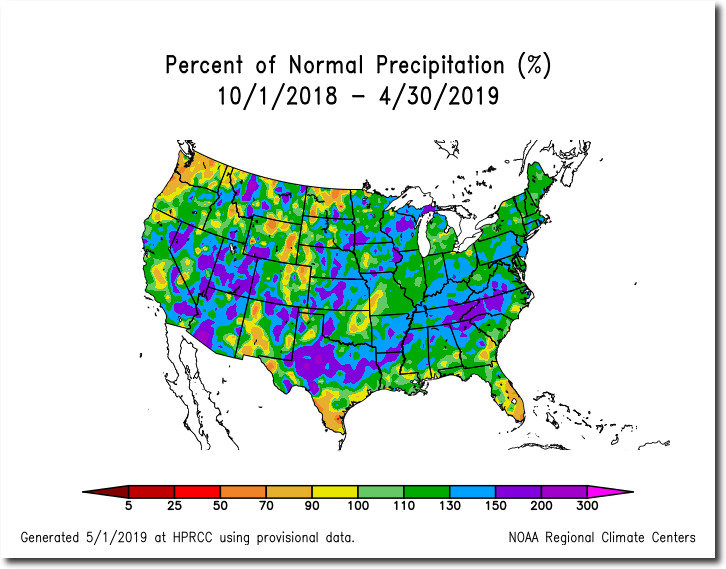 This destroys the argument that record rainfall is associated with warm air. And NOAA had the forecast exactly backwards, predicting warmth and drought.