Declining June 19 Temperatures In The US

Prior to about 1940, June 19 used to frequently be a hot day in the US, but June 19 temperatures have been declining since the 19th century. One notable exception being 1988, during the week when James Hansen gave his testimony to Congress predicting increased summer heat. 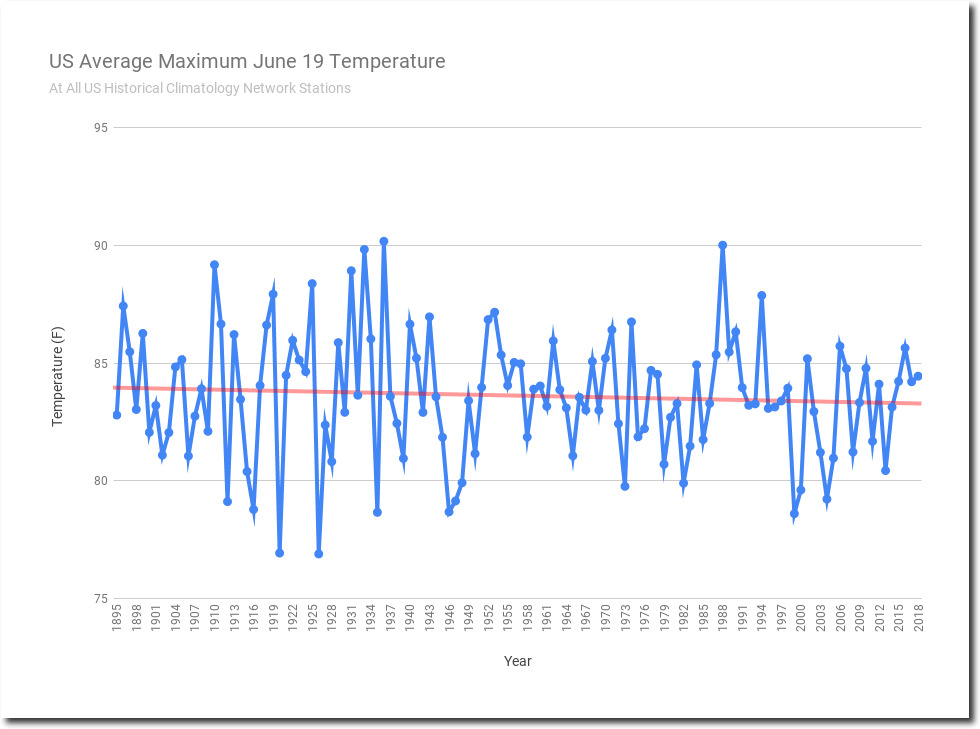 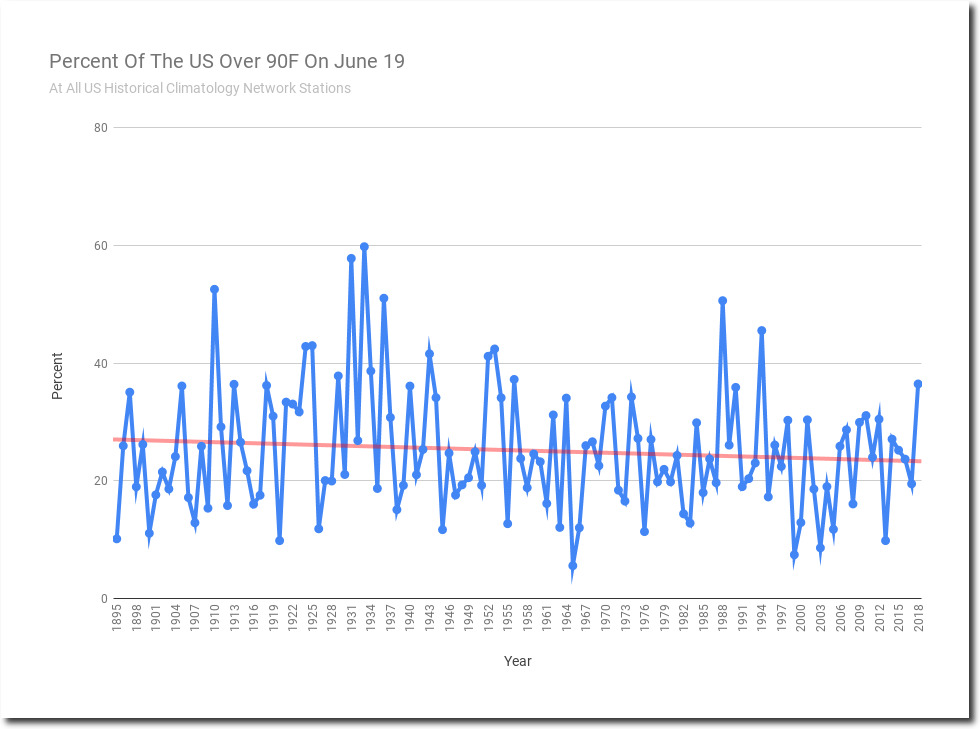 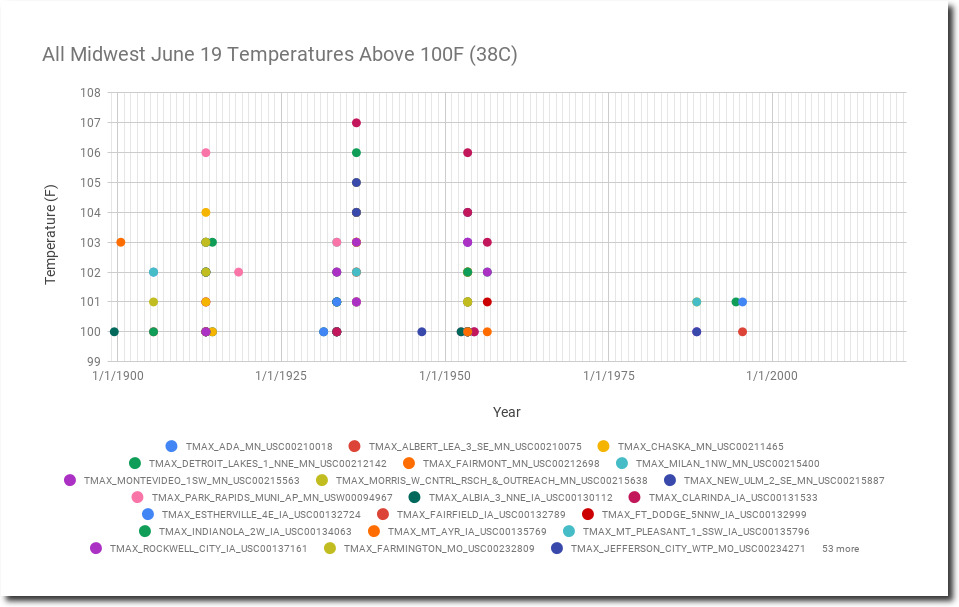 These maps show US temperatures on five of the hottest June 19ths. 2 Responses to Declining June 19 Temperatures In The US