The February Blizzard Of 1958 I’m visiting friends at the Finger Lakes in NY, where my life started. One of them grew up on a farm there in the 1950s and told me about a terrible blizzard in February, 1958 which cut them off for weeks and forced them to dump all of the milk they were producing -because there was no way to get to market. So I did some research and found out that Ithaca never made it above 20F from February 10-21, 1958.

Stillwater Reservoir, New York never made it above -11F on February 18. 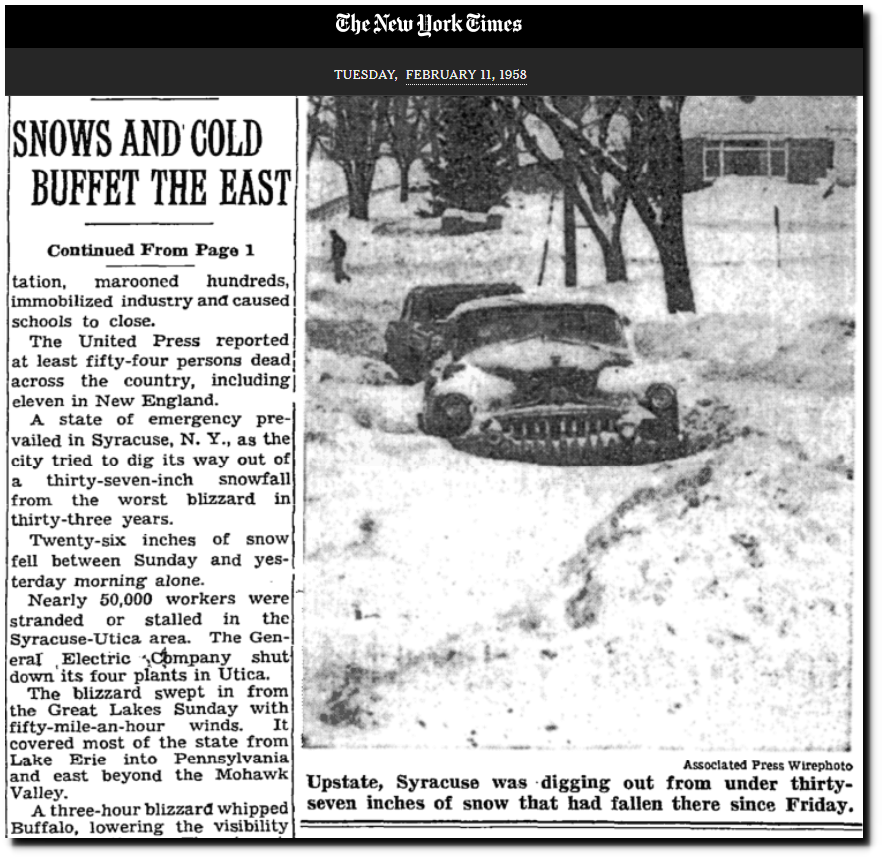 Florida’s vegetable crop was wiped out by the cold.

And the National Academy of Sciences said they could control the weather if you sent them money. They called for the creation of a National Center for Atmospheric Research, which now exists in Boulder, gets 180 million dollars in taxpayer money per year, and generates many wildly fraudulent claims about the climate – which I will be discussing more soon. 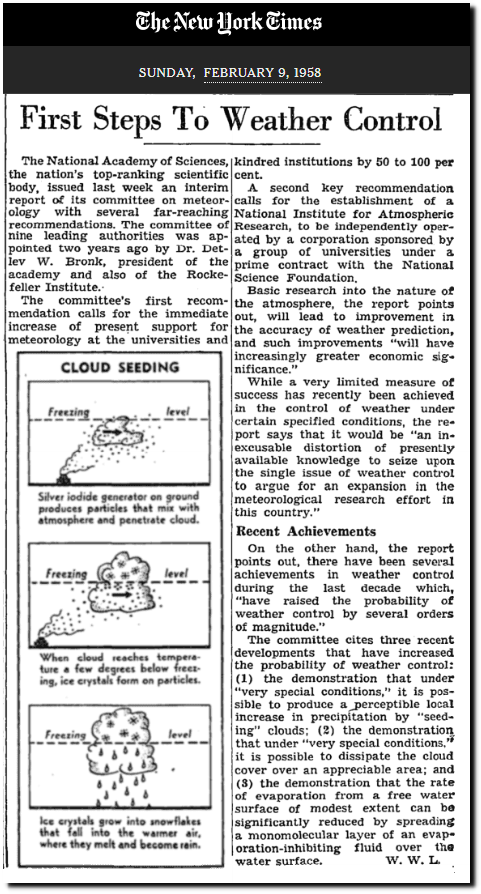 14 Responses to The February Blizzard Of 1958