Update : Anthony Watts spoke with Ryan Maue, and Ryan said he was just trolling Michael Mann and didn’t really believe what he was saying.  Yet these tweets don’t show any indication of sarcasm and were retweeted by Greta Thunberg – and seen by at least three million people. Anthony asked him to delete his tweets, and Ryan has not done that. I hid this post for a few hours to give Ryan a chance to try to set the record straight, but he hasn’t done anything.

No one seems to know what the real story is with this.  Bizarre .. to say the least. 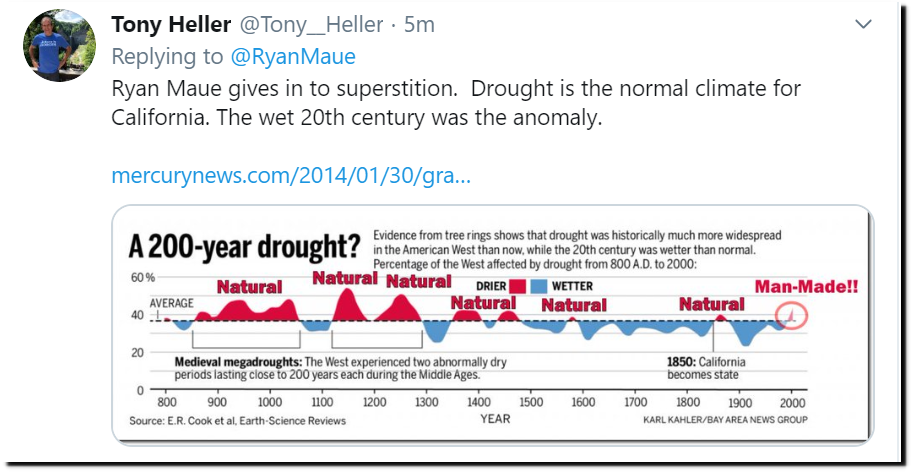 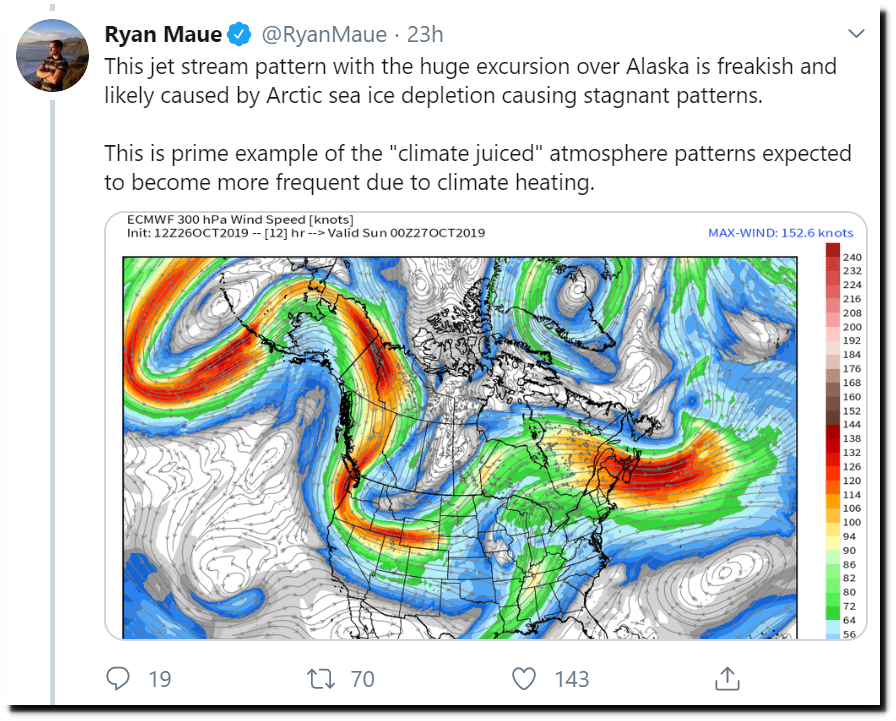 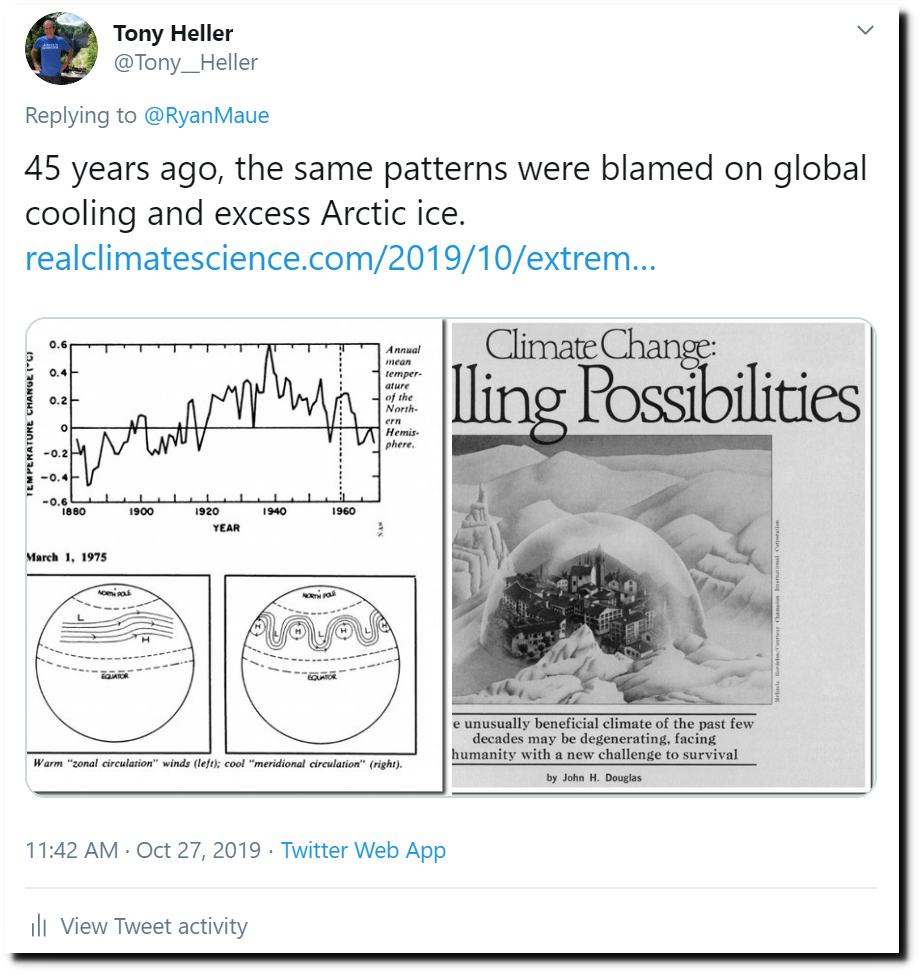