Posted on February 7, 2020 by tonyheller

I frequently post this animation showing how 1934 was erased as America’s hottest year.

Here is a good example of how the tampered data is used for propaganda. The raw data shows that 1934 was much warmer, and that this year was comparable to many other years. The number of warm days wasn’t in the top ten. Weather Bureau maps from 1934 showed how warm the weather was, with twenty degree anomalies in the Pacific Northwest. The year 1934 brought heat and drought to the entire planet. 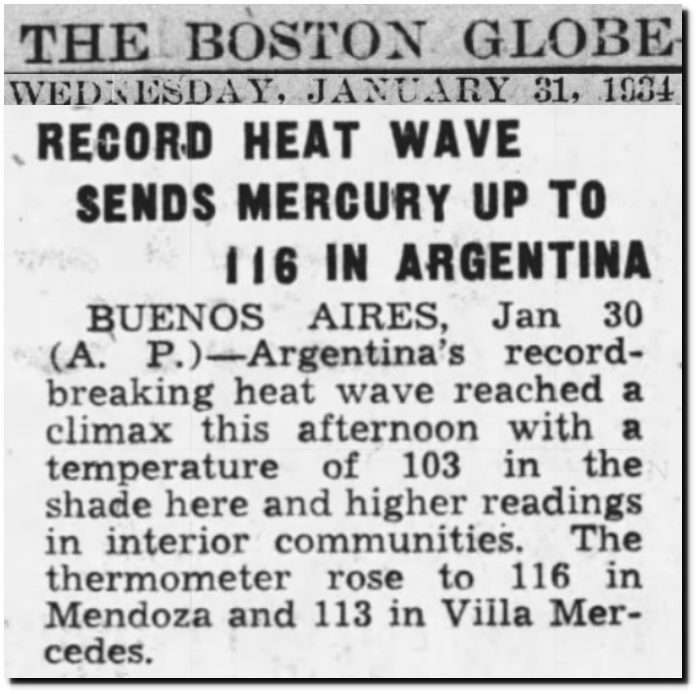 Similarly, 1932 was extremely warm – the Lake Placid Winter Olympics nearly had to be cancelled. 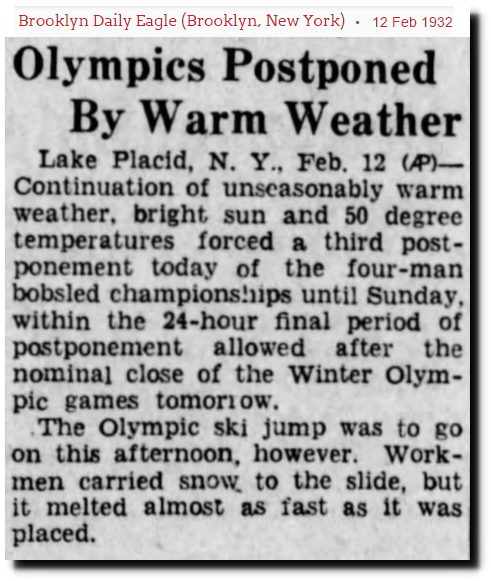 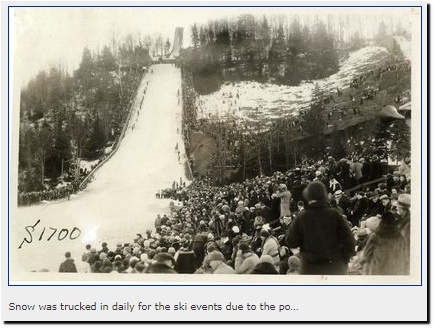 Ahead of the 1932 Winter Olympics in January, there was no snow at Lake Placid, and it was 70 degrees in New York City. February is looking quite cold. There is no truth to the claims that this winter has been record warm, but the big lie of a climate crisis is built on top of many smaller lies – which are being made at a fast and furious rate.

17 Responses to Why Data Tampering Matters