Green energy fraudsters are being attacked by both the left and right, and are using the identical lies against Michael Moore’s film as they use against me. 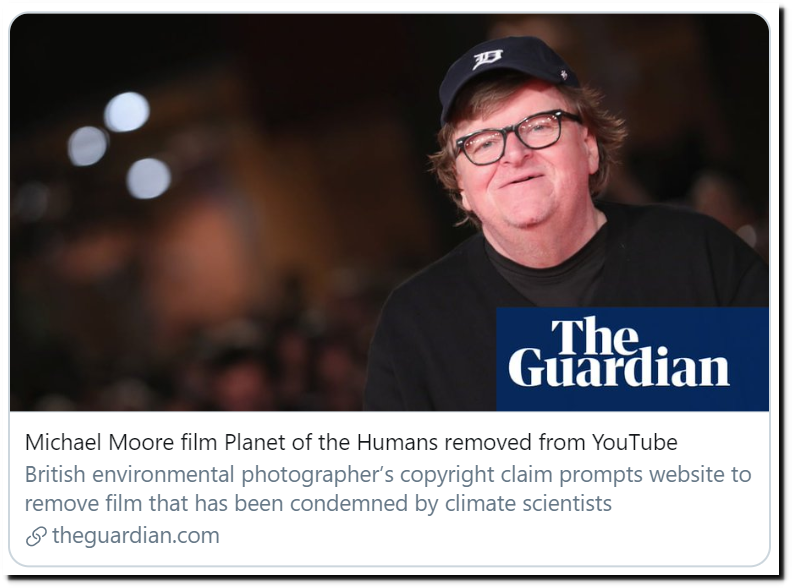 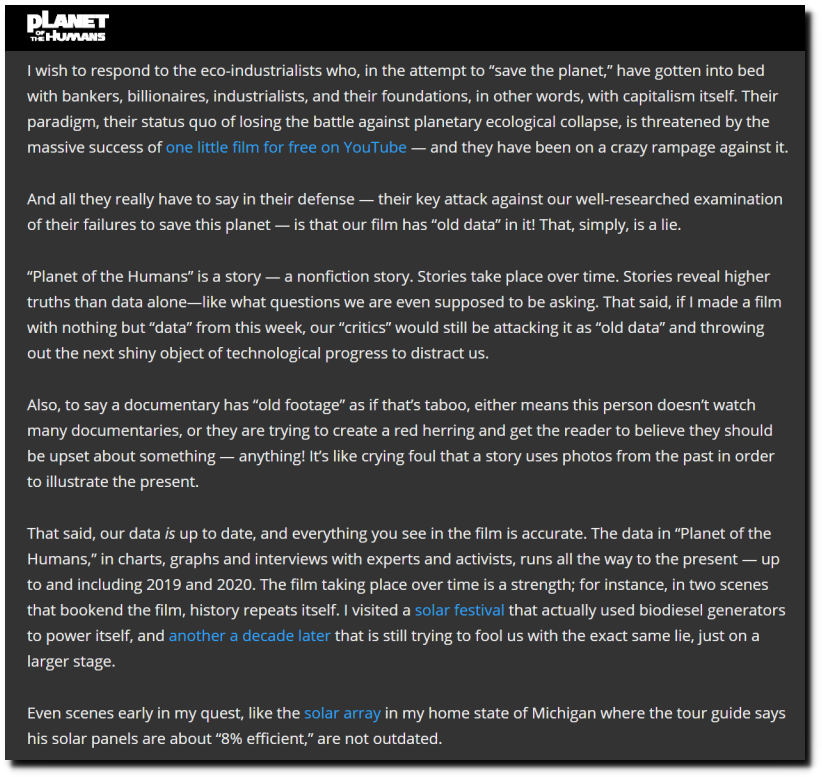 “Old Data” Is a Lie – Planet of the Humans