Sydney Temperatures The Same As 230 Years Ago

Temperatures in Sydney are about the same as 230 years ago, though summer and autumn temperatures were hotter in the past. 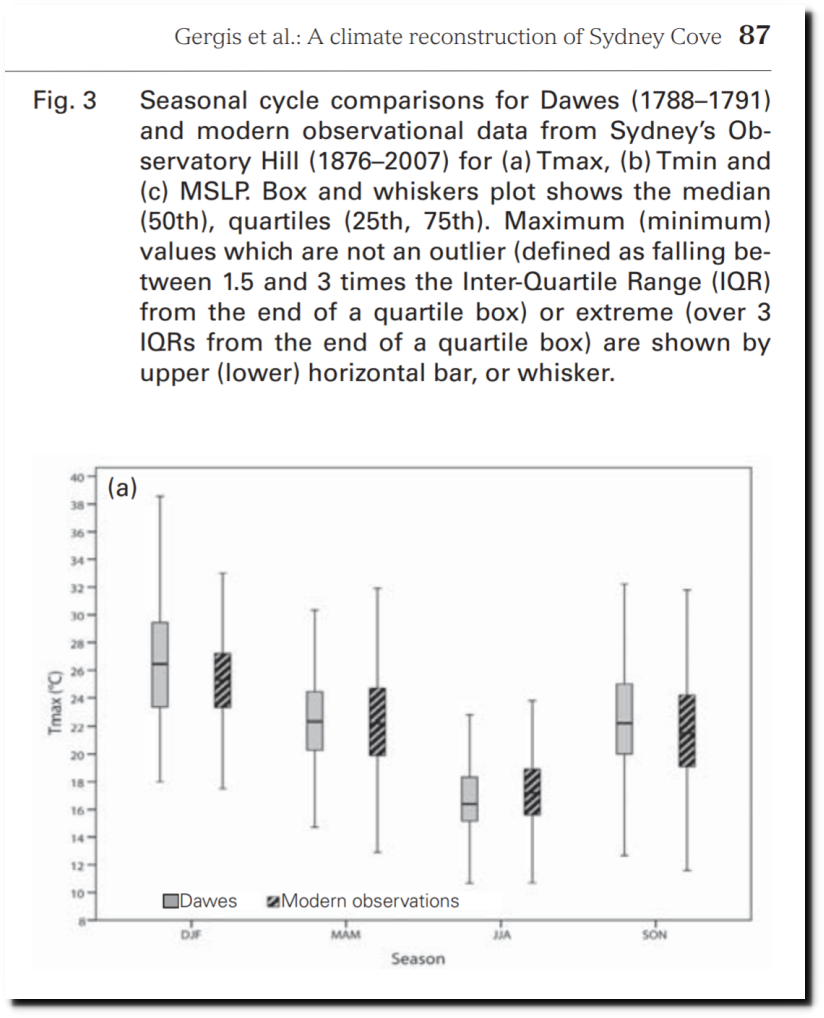 January of 1790 was also the warmest January on record in Philadelphia.

Temperatures haven’t risen in Sydney, and neither has the ocean. What has increased in Sydney is the Urban Heat Island Effect, at one of the worst sited thermometers in the world. 9 Responses to Sydney Temperatures The Same As 230 Years Ago