She hasn’t met Winston Churchill yet, so can’t say if his statue should be taken down. 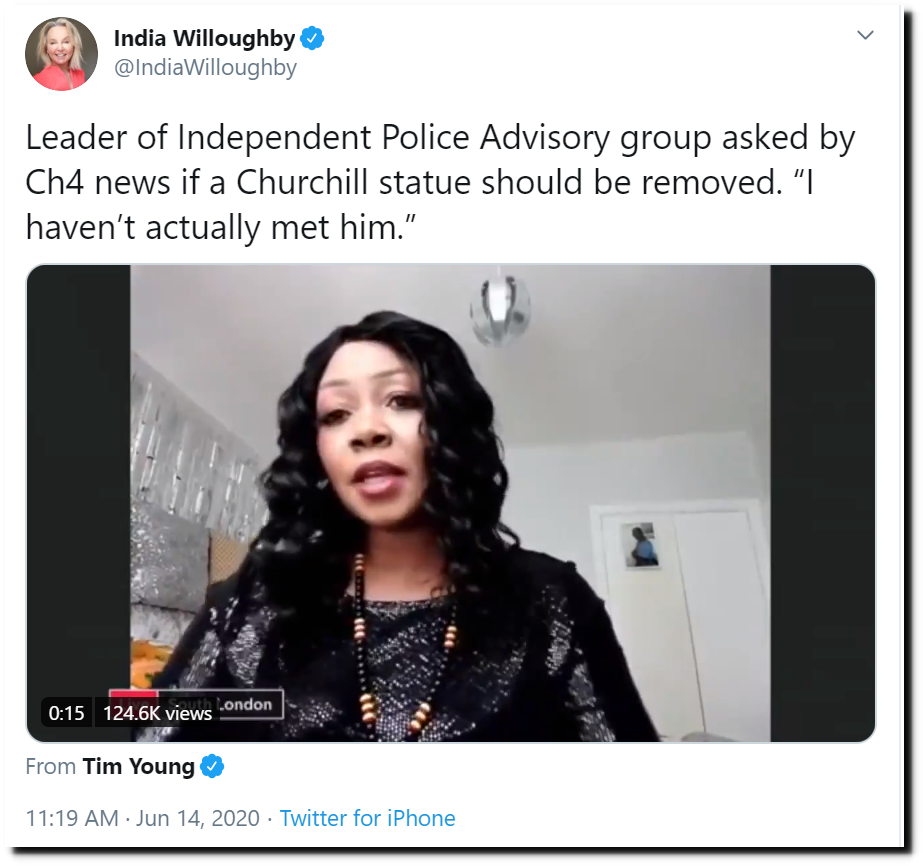