Whoever could have seen that coming? 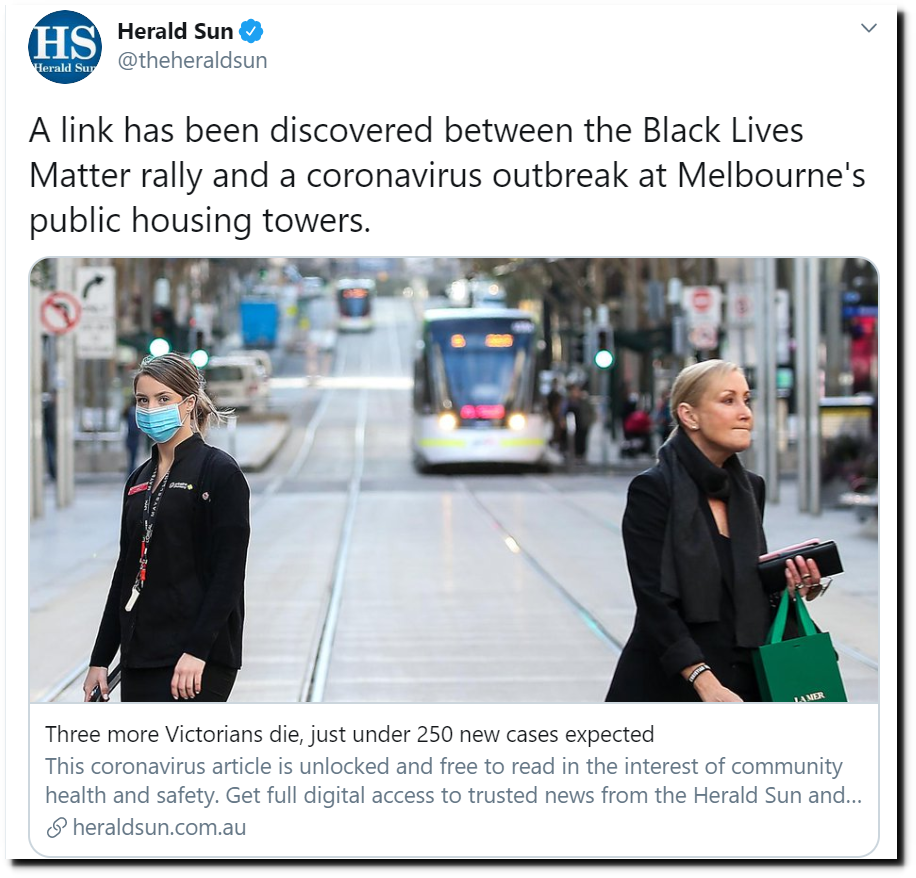 3 Responses to BLM Locks Down Victoria