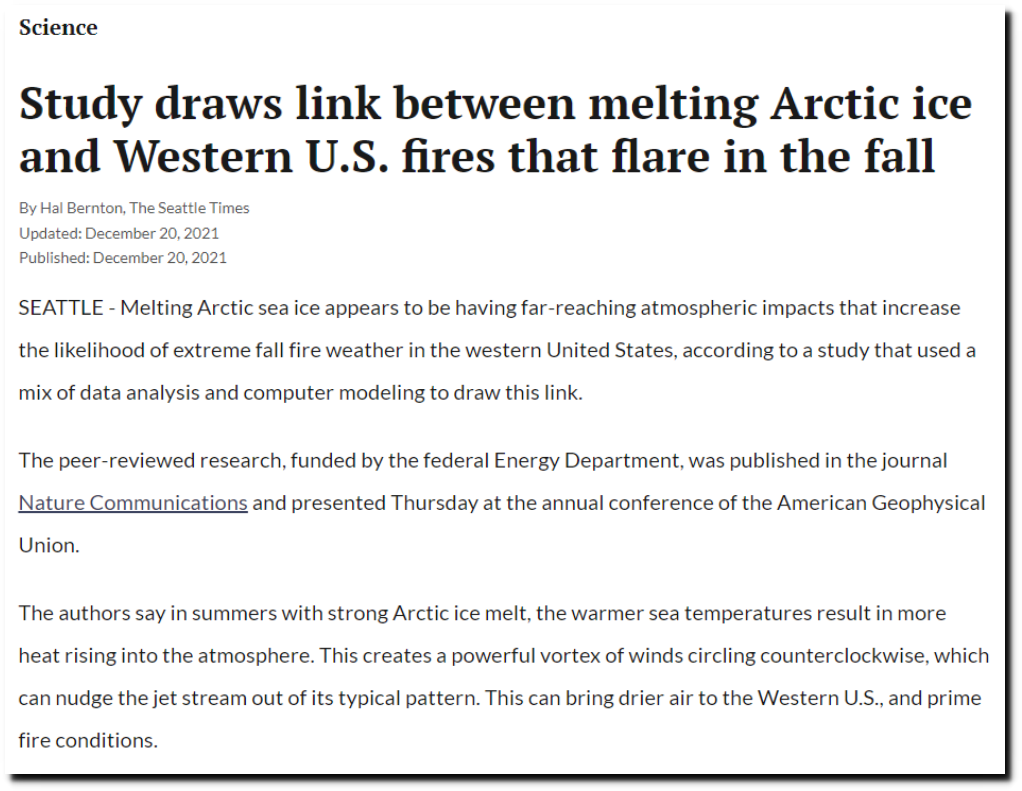 Study draws link between melting Arctic ice and Western U.S. fires that flare in the fall

Arctic sea ice extent is just below the 1981-2010 mean, the highest in ten years and second highest in the last seventeen years. 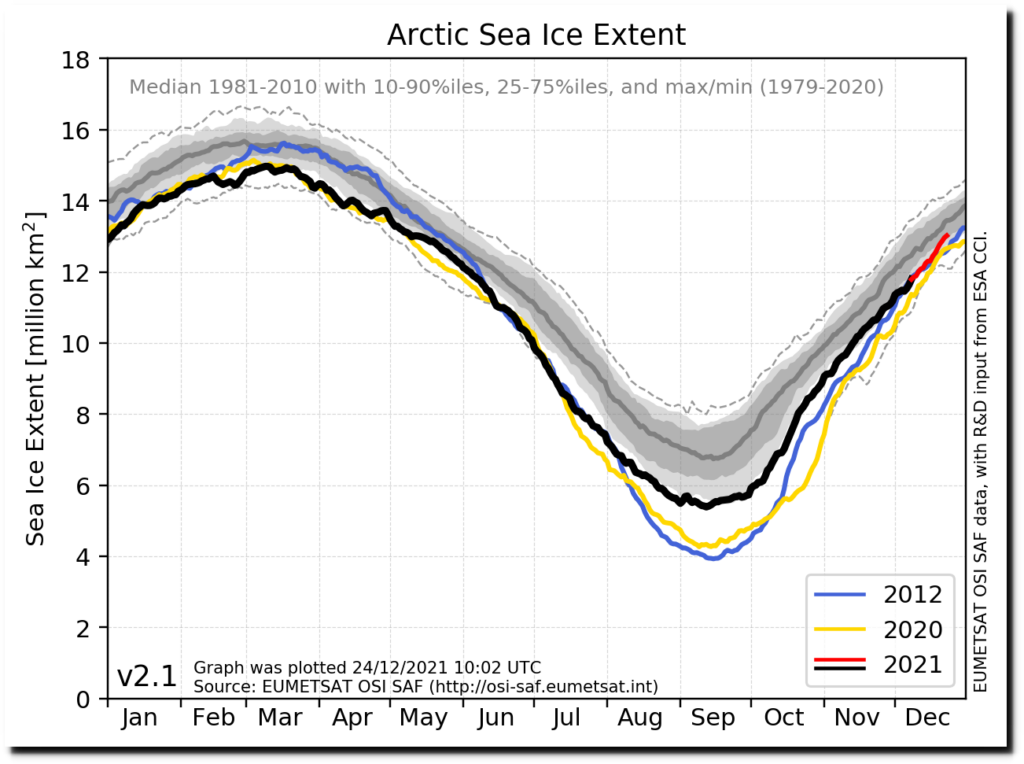 There is no trend in Arctic sea ice extent over the past fifteen years. 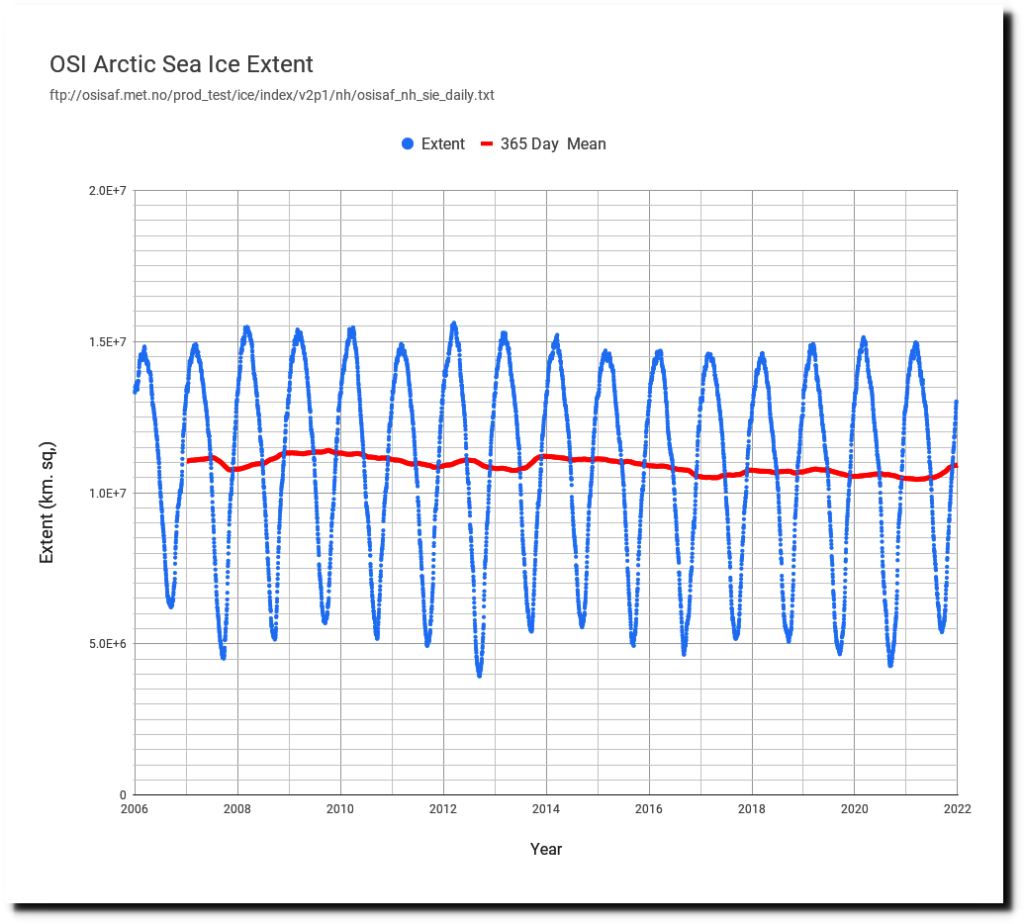 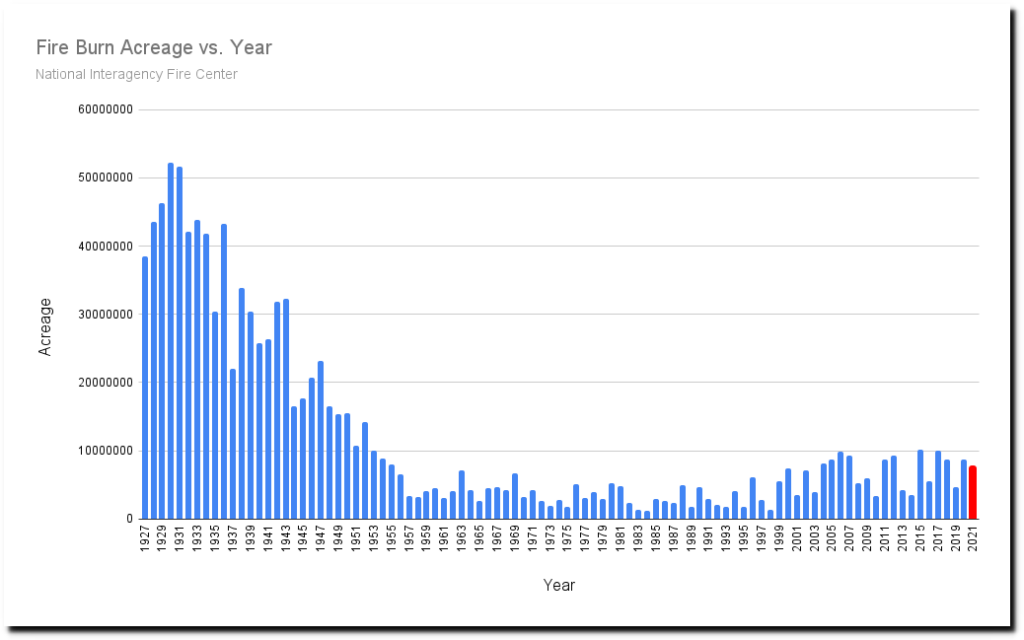 In 1935 the autumn forest fire season was defined as being from October 15 to December 15. 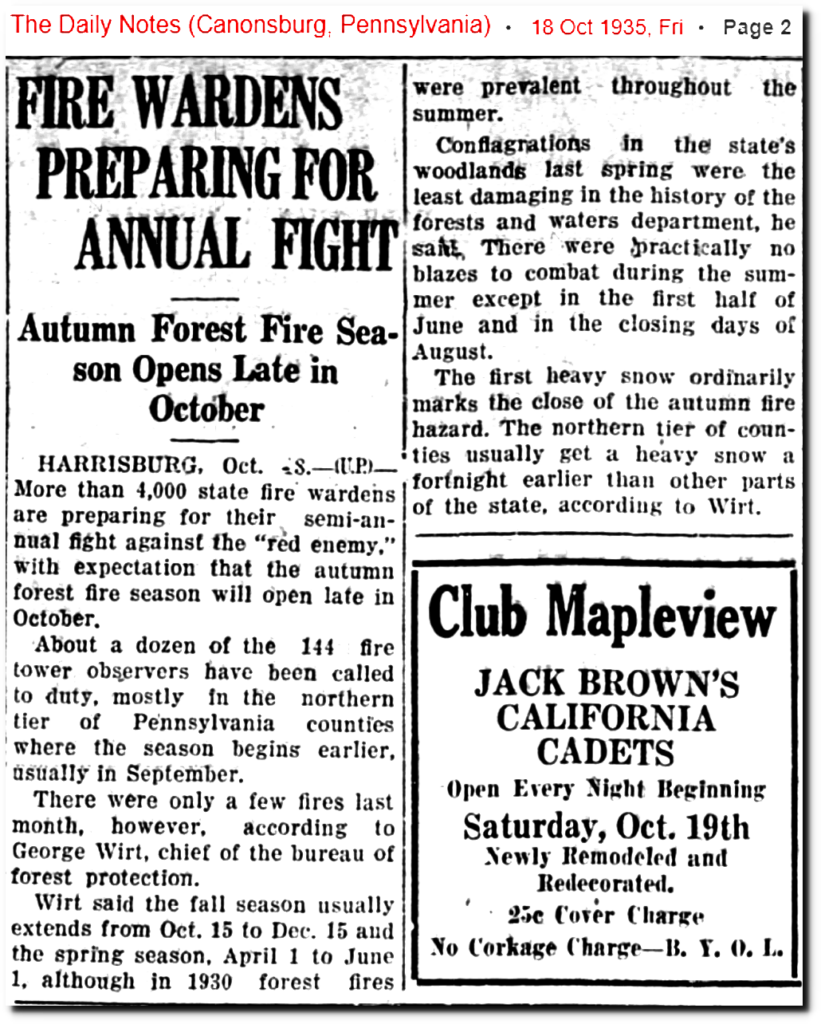 “From October 13 to October 27 (1947) firefighters tried to fight 200 Maine fires, consuming a quarter of a million acres of forest and wiping out nine entire towns. The Maine fires destroyed 851 homes and 397 seasonal cottages, leaving 2,500 people homeless. The year 1947 became known as the Year Maine Burned.” 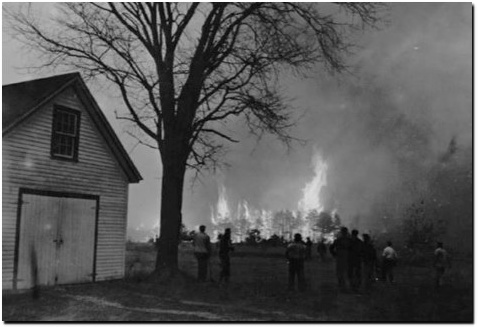 “Reports from the western portion of Colorado continue to tell of the ravages of the forest fires which bid fair to devastate the greater part of the forests of the state.” 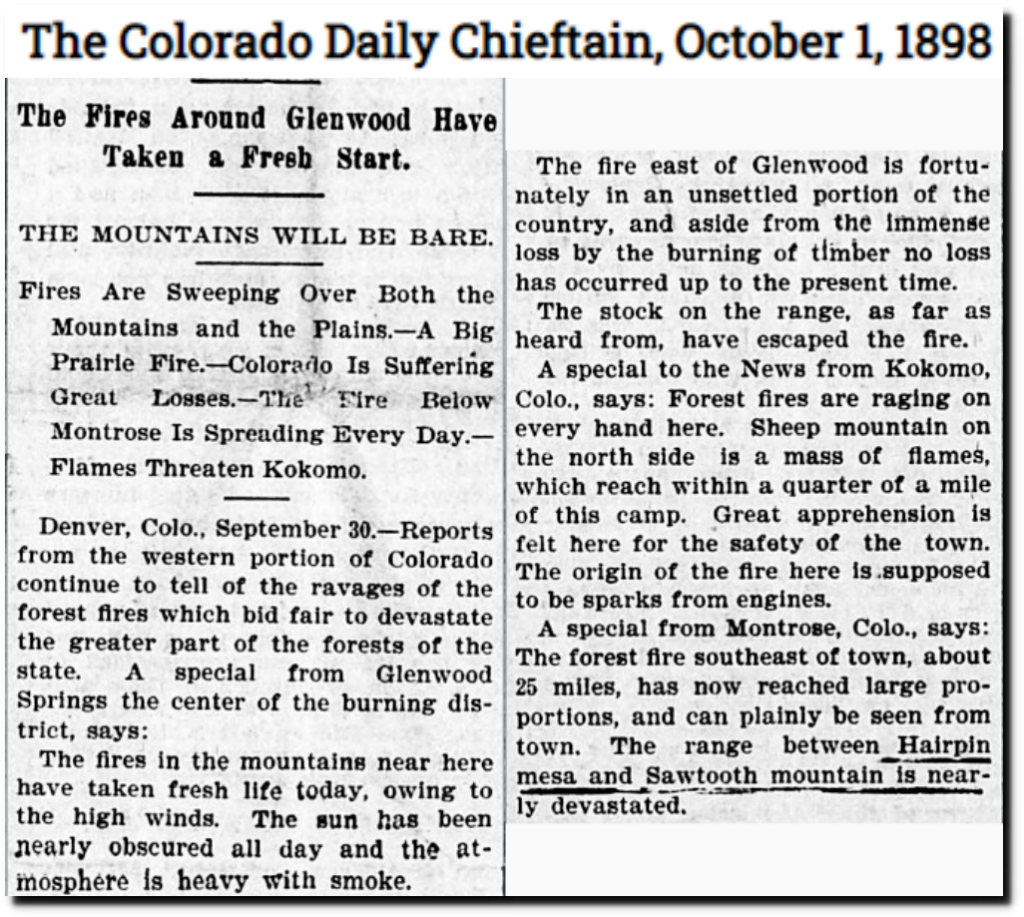 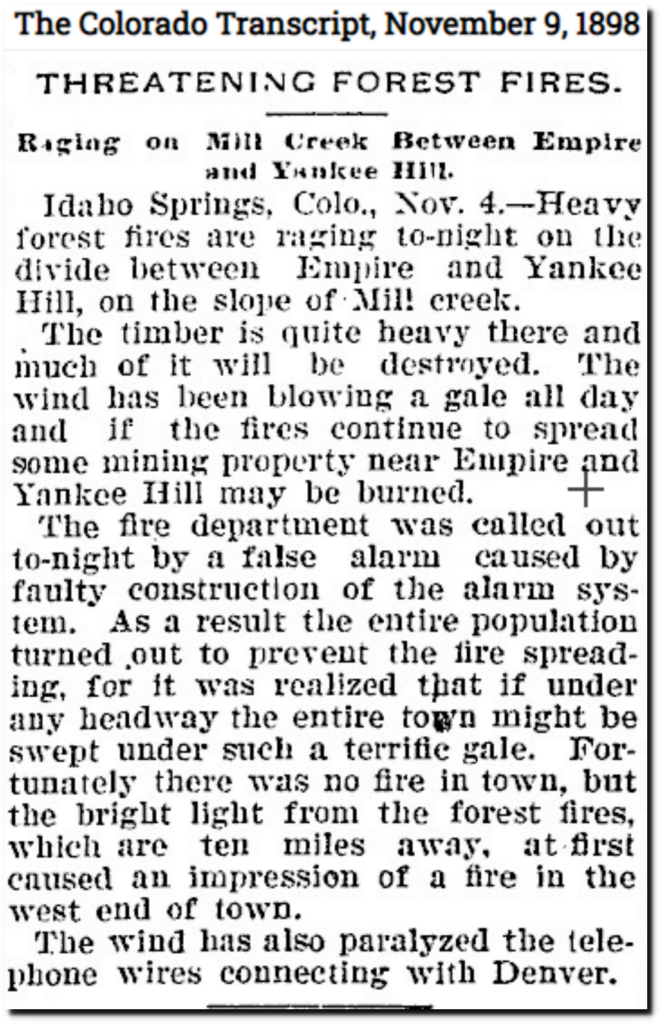 On October 7, 1871 much of Minnesota and Wisconsin were burning. 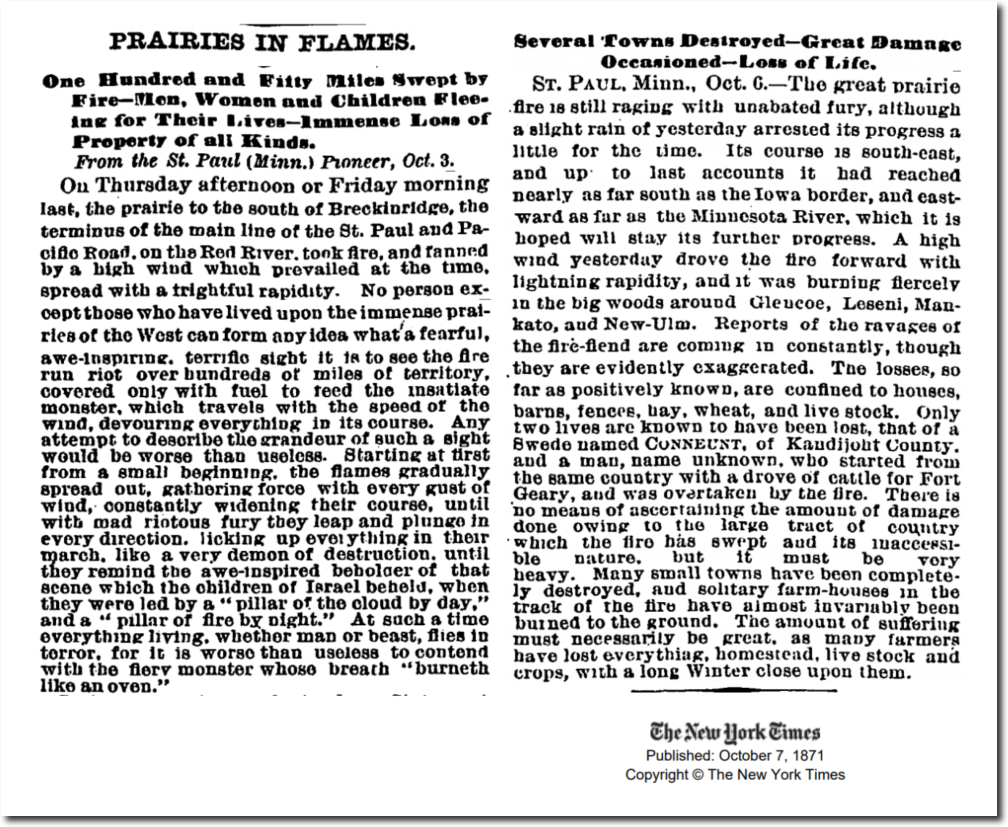 The following day was the worst fires in US history, with Chicago burning to the ground, and many other towns around the Great Lakes in flames. 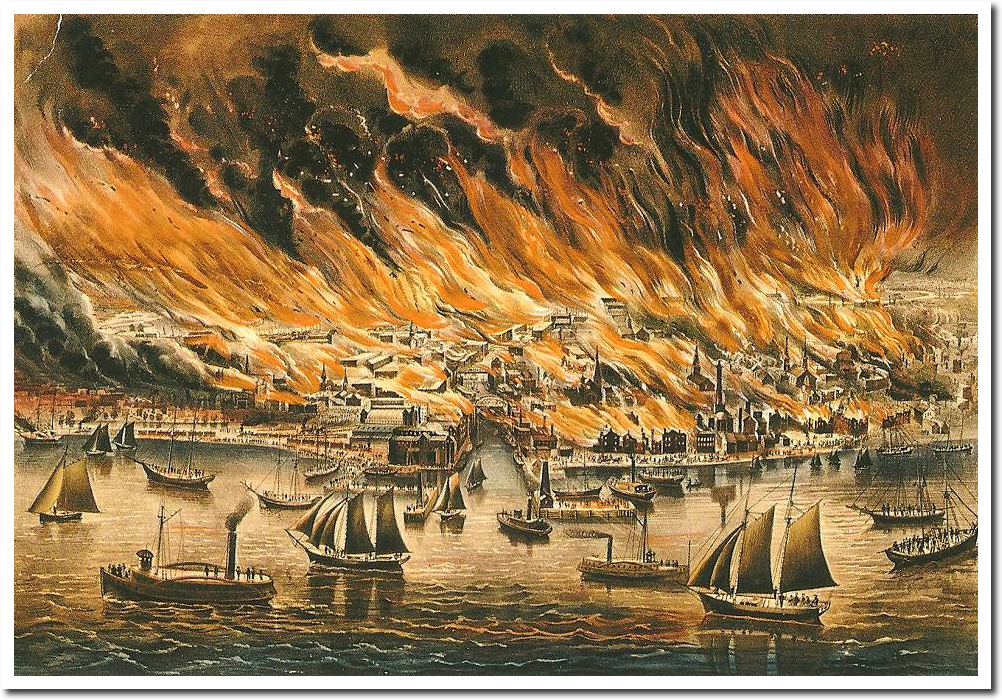 There were massive fires in Wisconsin, Michigan and the Rocky Mountains. The worst of these fires occurred at Peshtigo, Wisconsin, where more than one thousand people burned to death. 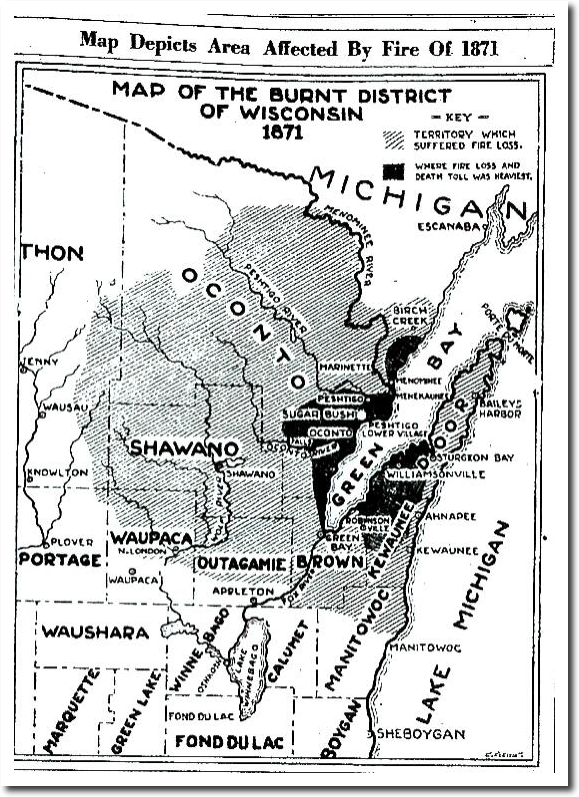 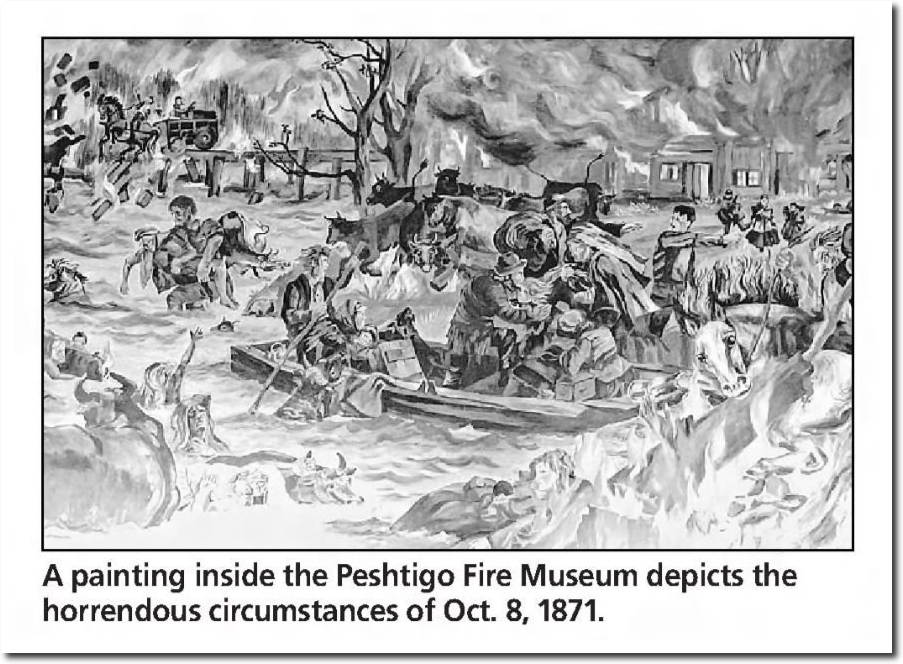 The Great Midwest Wildfires of 1871

Canada’s largest forest fire occurred during the autumn of 1825 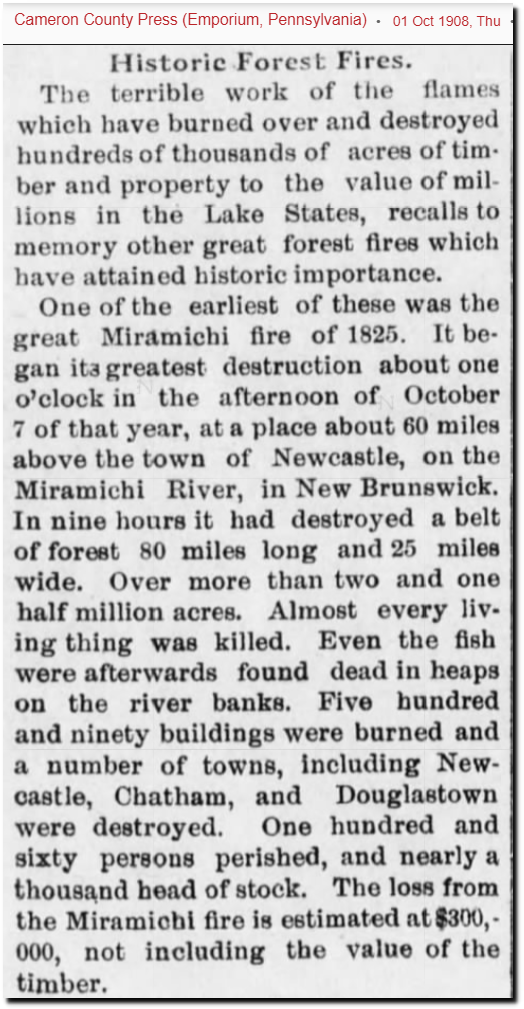