The CCP and their affiliates in the US press are about to pull a climate propaganda coup over the upcoming Winter Olympics – which are being held in a place which normally receives no precipitation during the winter. 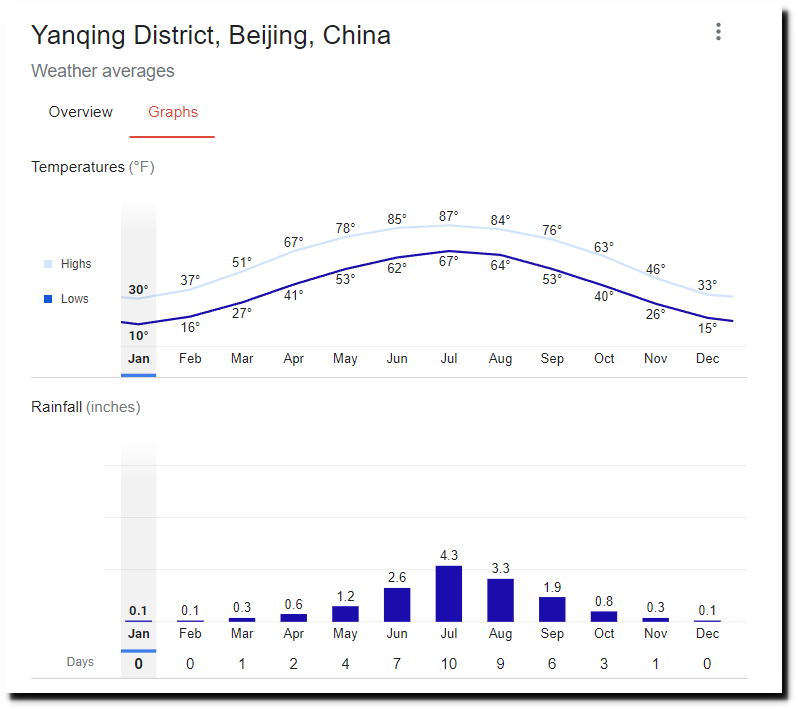 “An International Olympic Committee evaluation report said that Zhangjiakou and Yanqing – the Games zones hosting alpine skiing and snowboarding, among other outdoor events – “would rely completely on artificial snow”

Winter Olympics 2022: No snow for Beijing Games, usage of man-made snow, climate change, when are the Olympics 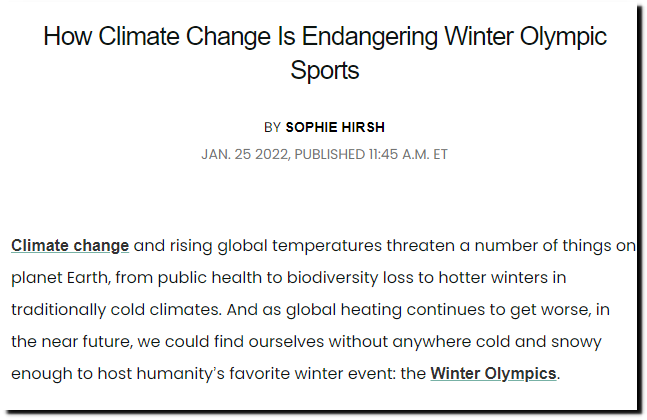 Winter Olympic Sports Are at Risk Due to Global Warming

The opening ceremonies will be February 4, which is currently forecast to be one of the coldest days on record in the US. Ninety years ago the problem was heat, not cold.

Twenty-five states were over 70F during January 1932 The 1960 games also almost had to be cancelled over a lack of snow.

Autumn and winter snow cover has been increasing for the past 60 years. 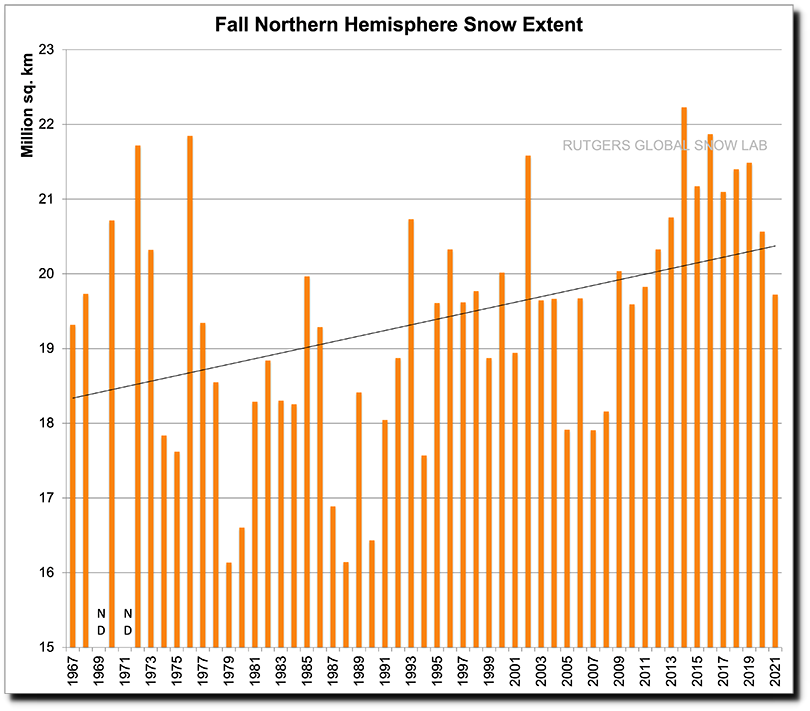 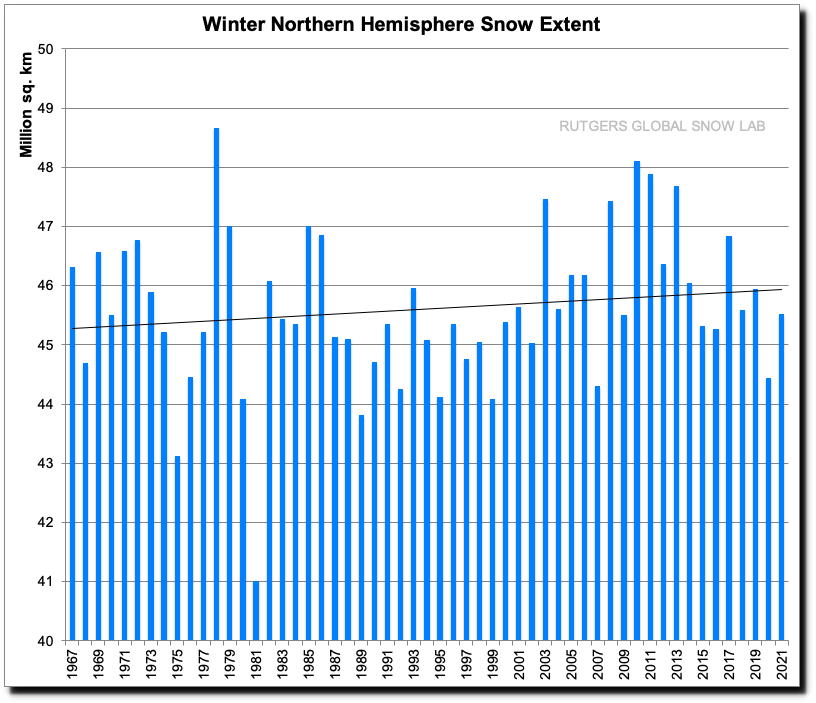