In 1992, the New York Times said there was no indication of global warming and that the MWP and LIA were global.

Warming? Tree Rings Say Not Yet

Lisa J. Graumlich, who examines the ring patterns of foxtail pine trees and western junipers in the Sierra Nevada, has compiled a detailed record of the year-to-year variation in temperature and precipitation over the last thousand years. This was consistent with the 1990 IPCC Report. 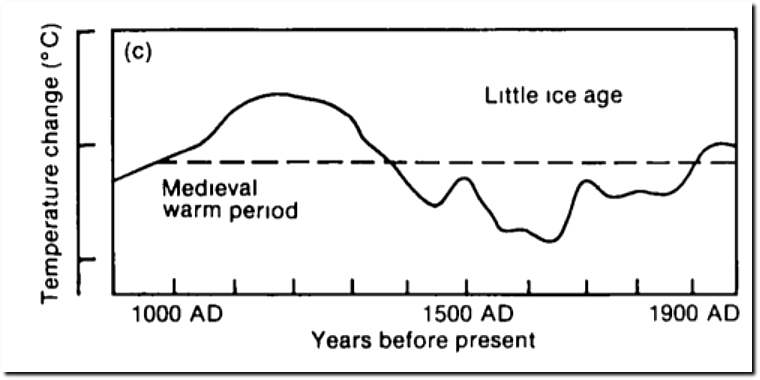