Pandemic Of The Vaccinated

“It’s no longer a pandemic of the unvaccinated

For the first time, a majority of Americans dying from the coronavirus received at least the primary series of the vaccine.

Fifty-eight percent of coronavirus deaths in August were people who were vaccinated or boosted, according to an analysis conducted for The Health 202 by Cynthia Cox, vice president at the Kaiser Family Foundation.” 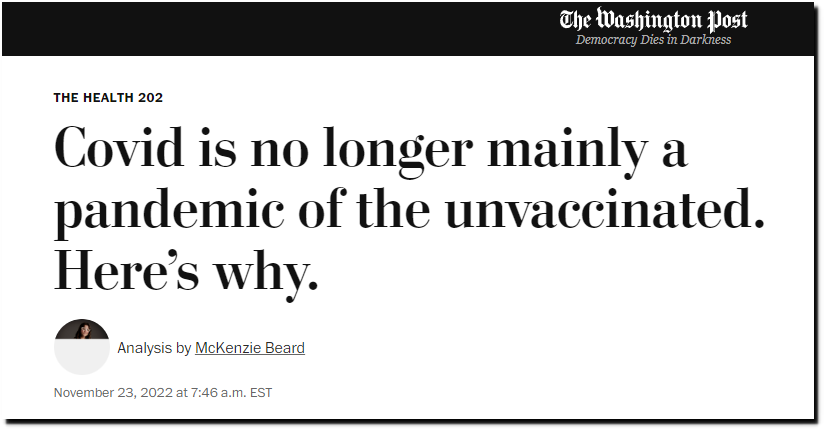 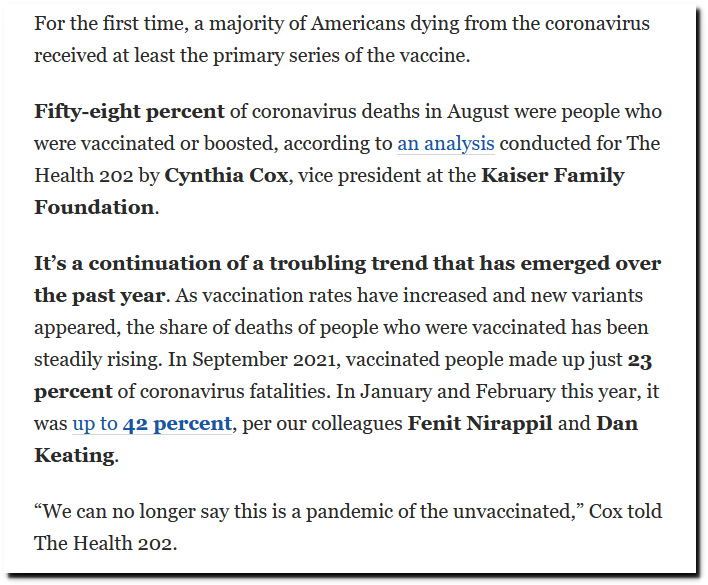 Covid is no longer mainly a pandemic of the unvaccinated. Here’s why. – The Washington Post

A few days ago the White House said the exact opposite.

11 Responses to Pandemic Of The Vaccinated