Floods in China during 1931 killed millions of people. The 1780 Great Atlantic Hurricane killed more than 20,000 people and destroyed every structure in Barbados. Winds were over 200 MPH. On September 9, 1900 Galveston Texas was destroyed by a category 4 hurricane, which killed ten thousand people. 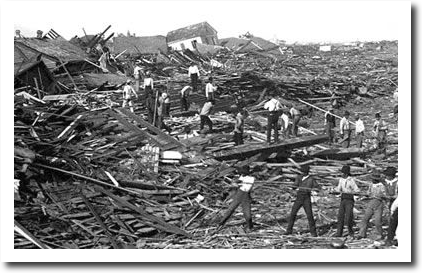 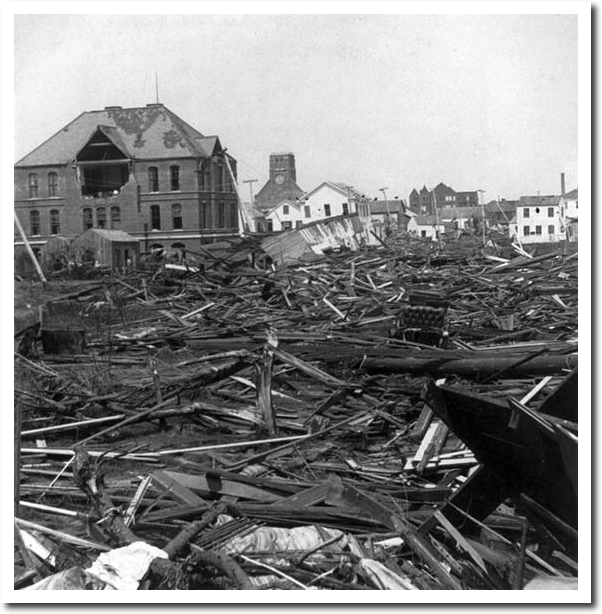 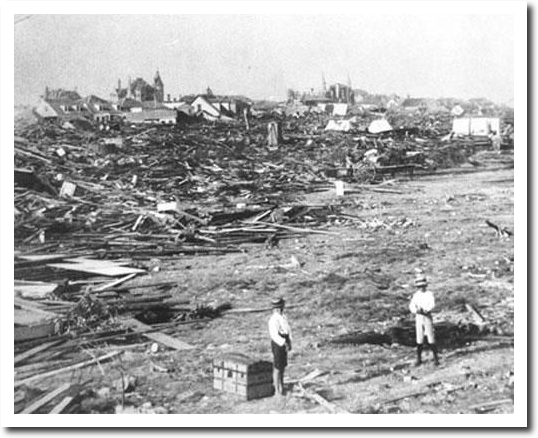 On September 19, 1926 Miami was destroyed by a hurricane. Climate experts blamed sunspots. 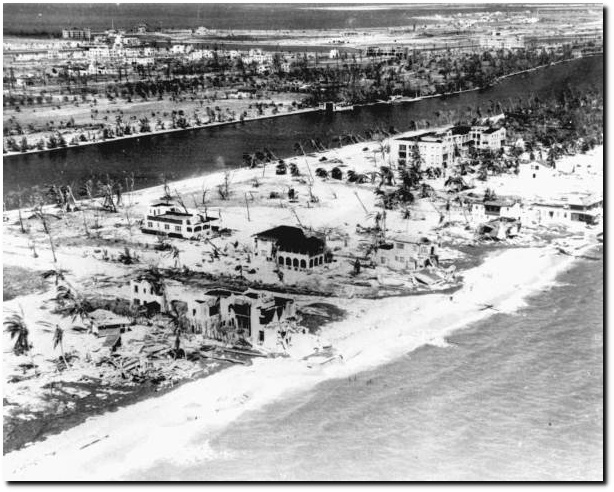 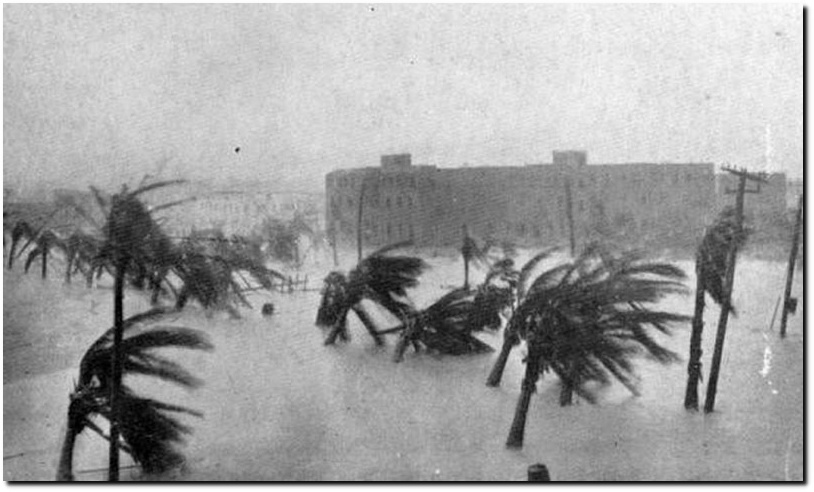 Heatwaves during 1911 killed tens of thousands of people in Europe and the US.

This included 100 degree temperatures in Maine during May.

The hottest July 4th on record in the US occurred in 1911. 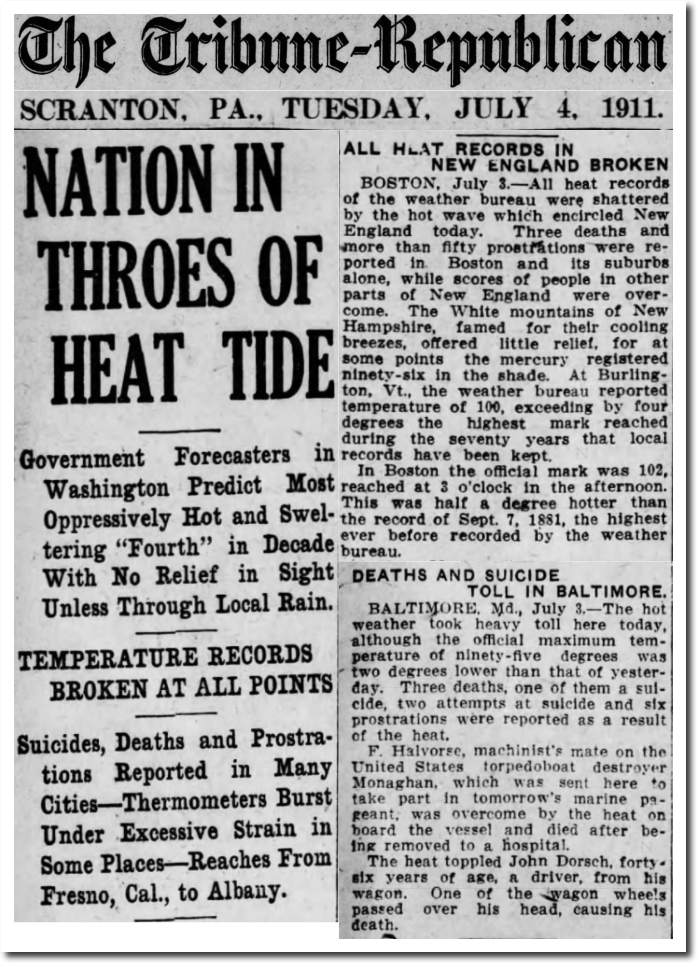 New York was also hit by a heatwave that year which killed thousands of people.

Europe has a long history of devastating heatwaves and droughts going back more than 1,000 years.

The deadliest and largest tornado on record occurred in 1925. 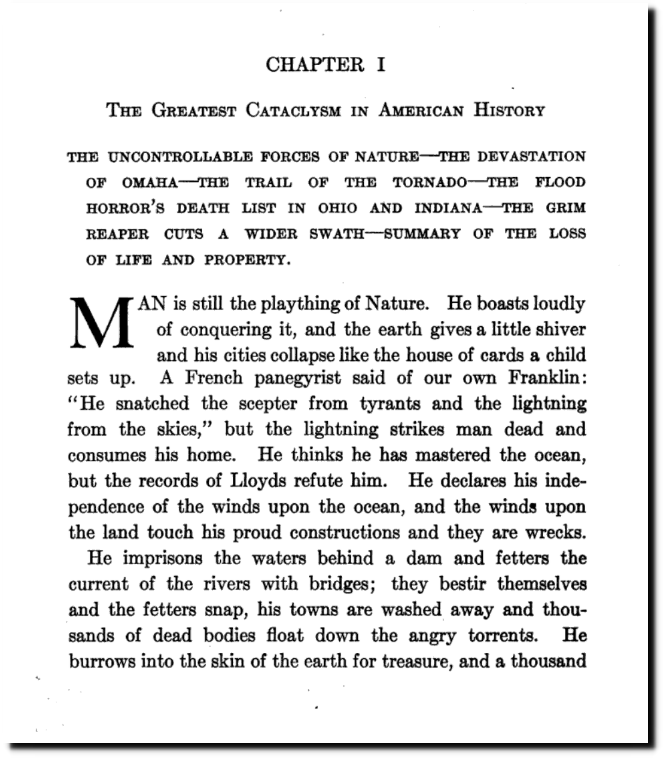 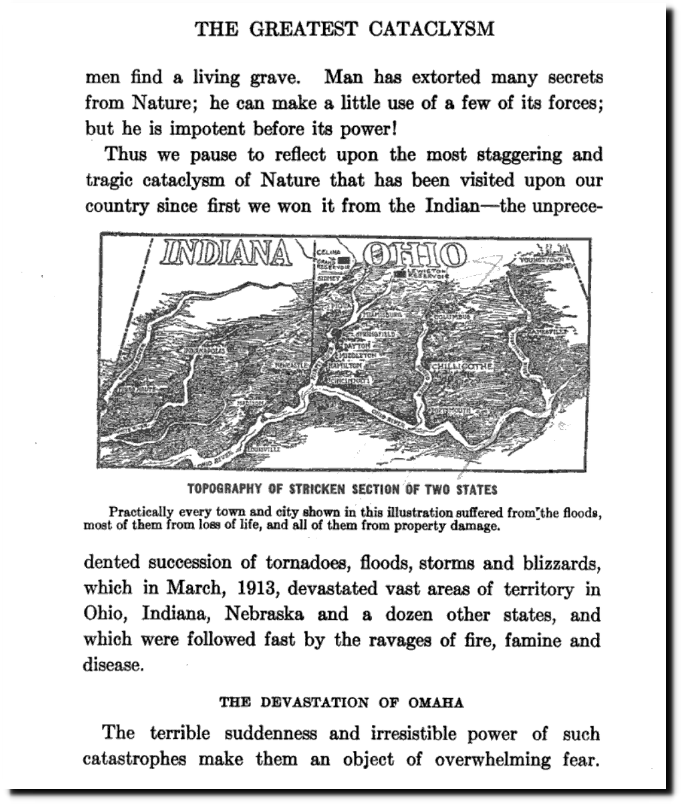 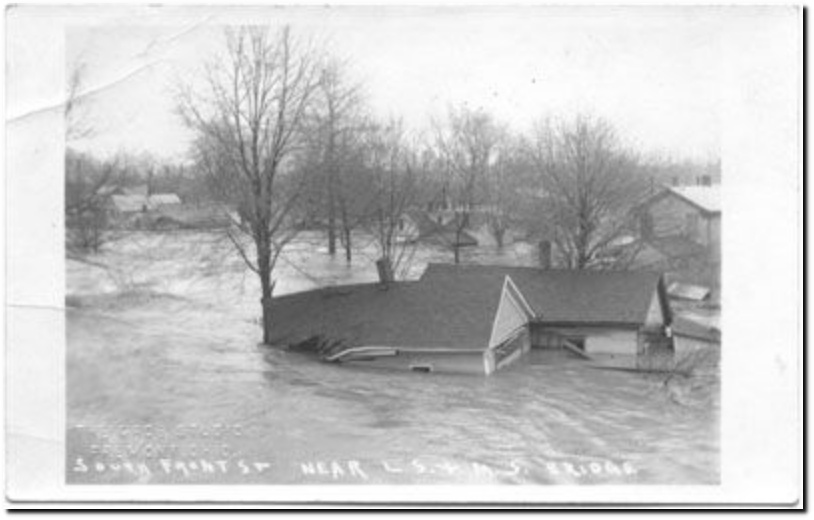 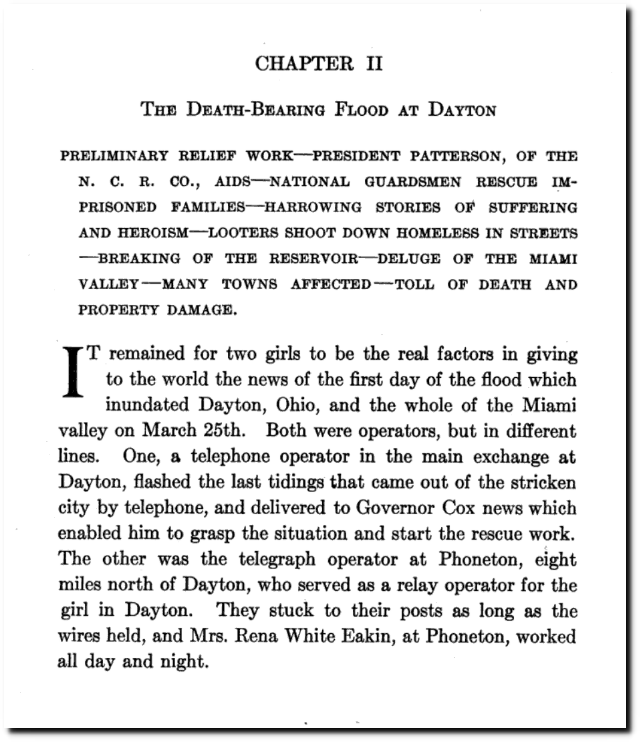 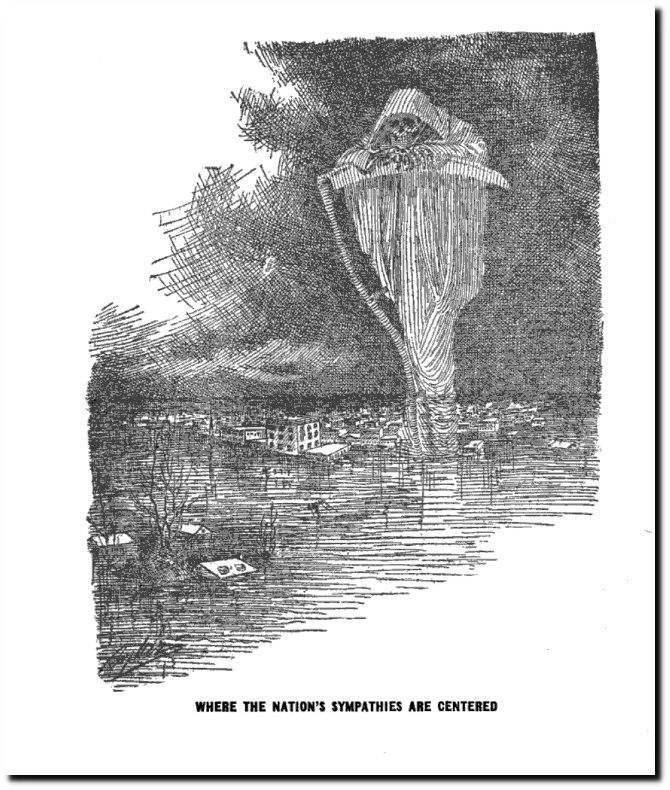 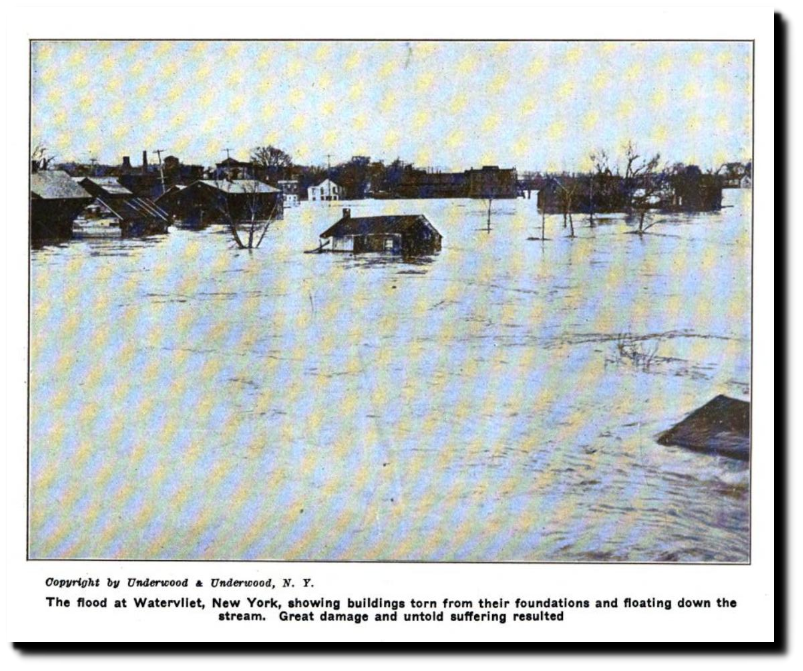 The true story of our national calamity of flood, fire and tornado … – Logan Marshall – Google Books

The 1927 floods on the Mississippi River were the worst on record in the US. The Red Cross described 1927 as the worst year in history, with 111 disasters – including 29 tornadoes, 24 floods, 9 hurricanes and 23 fires.

During 1936, the US had the hottest July, terrible drought, the coldest February, and record flooding.