Today I checked the temperature data from Charlottetown located in Edward Island, Canada. 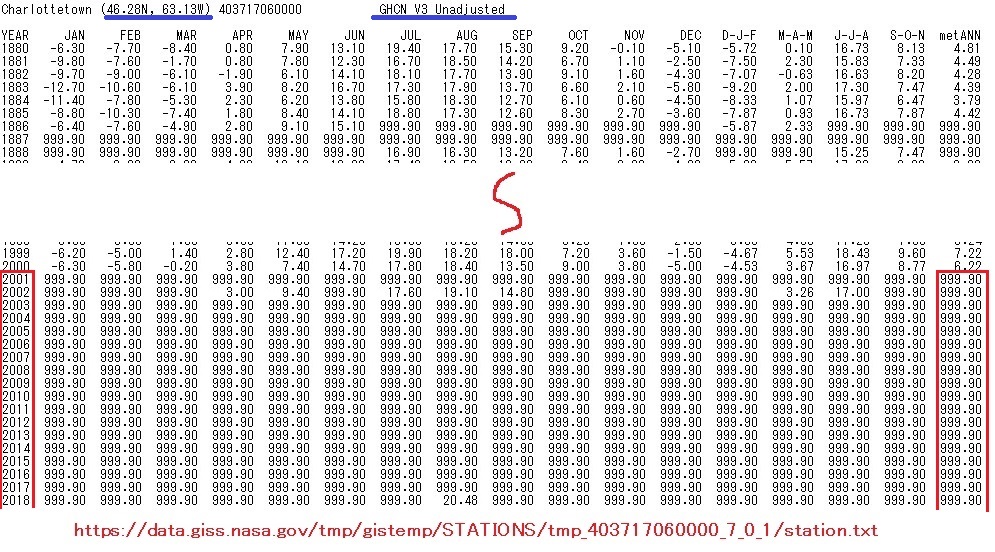 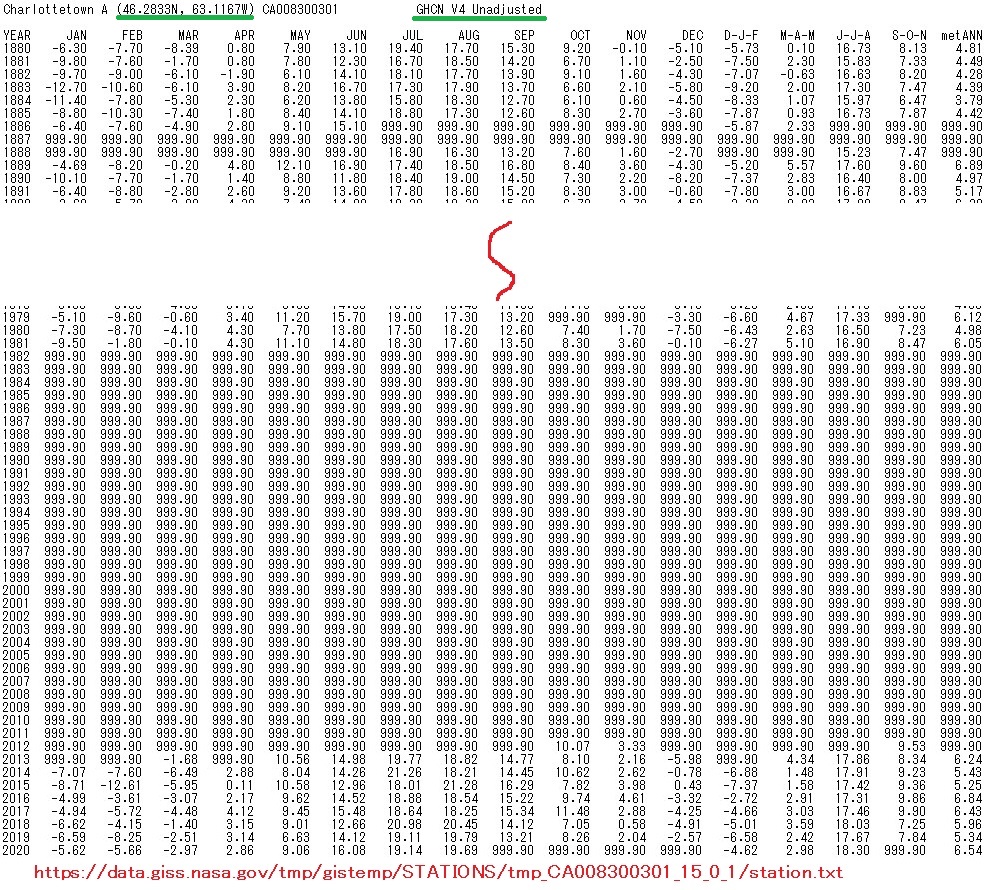 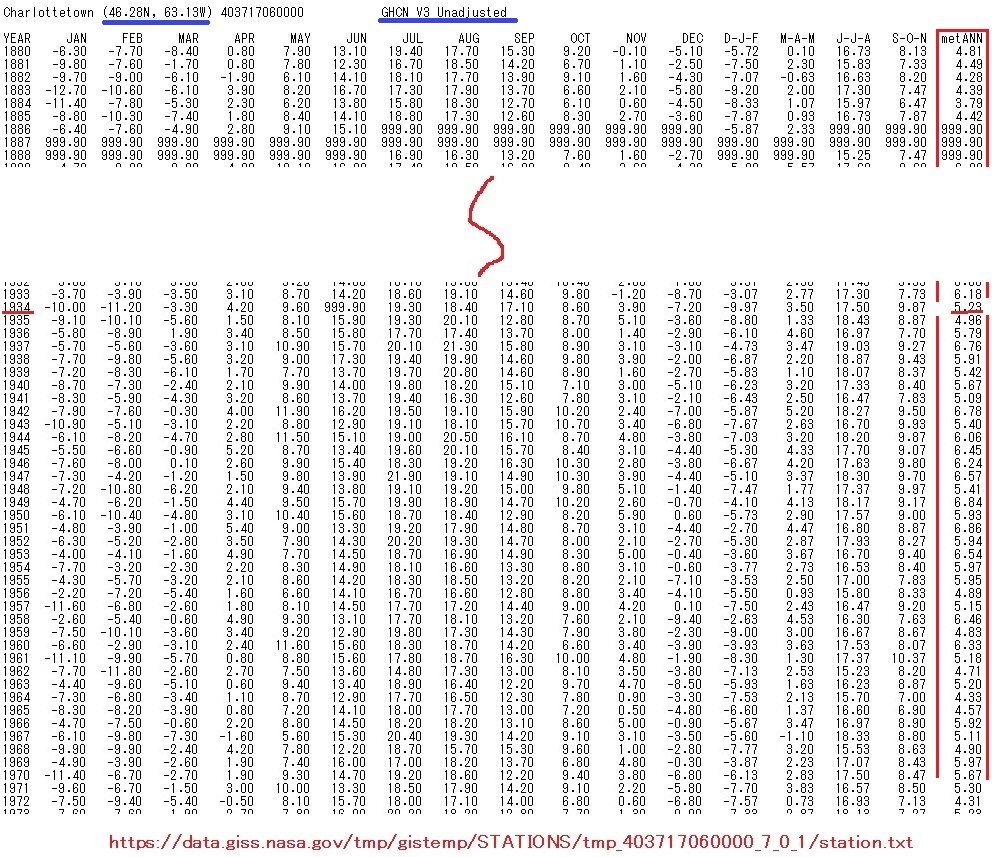 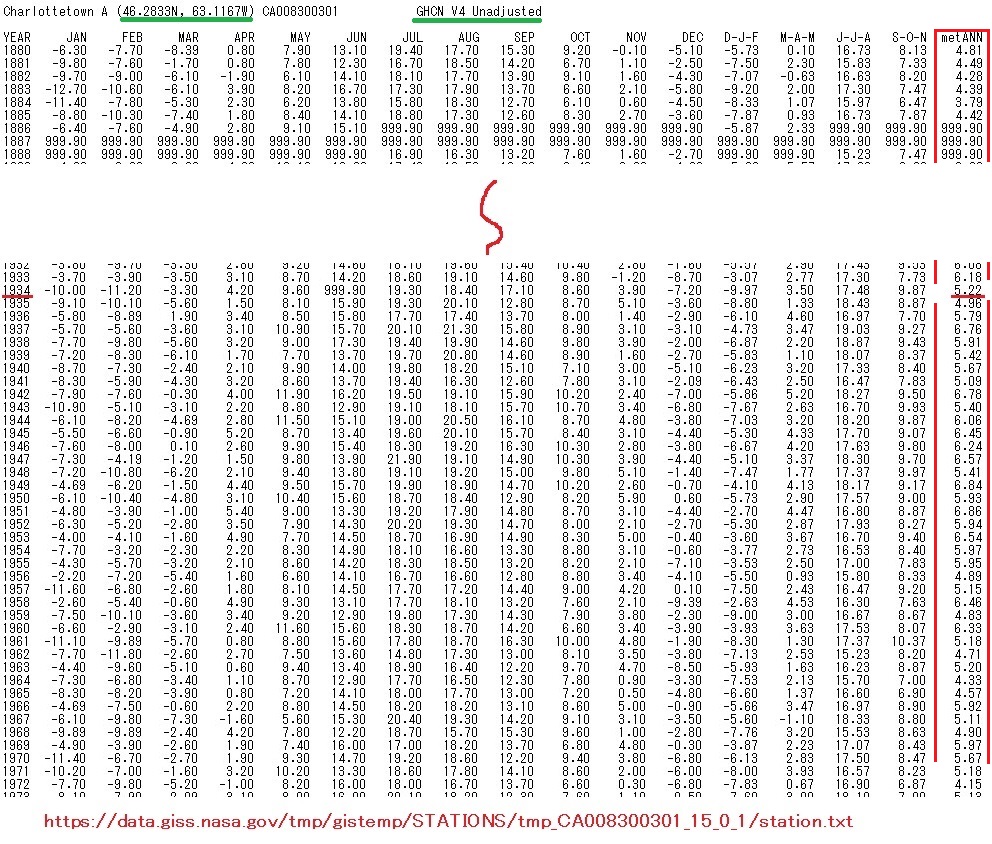 It’s strange that the station has different types of unadjusted data for each version.

NASA used to claim that GHCN-Unadjusted is the raw data as reported by the weather station.

The data called “unadjusted” should be unadjusted data.