This 2015 University of California article has lots of climate propaganda key phrases, invoking fear, terror, it is getting worse, and appeals to authority.

A glacier in northeast Greenland that holds enough water to raise global sea levels by more than 18 inches has come unmoored from a stabilizing sill and is crumbling into the North Atlantic Ocean. Losing mass at a rate of 5 billion tons per year, glacier Zachariae Isstrom entered a phase of accelerated retreat in 2012, according to findings published in the current issue of Science. In 1939, all of the glaciers in Greenland were melting rapidly and facing “catastrophic collapse.”

Greenland’s largest glacier shrank rapidly during the second half of the 19th century. But that glacier is growing now, and National Geographic says it is bad news. A Greenland glacier is growing. That’s not good news 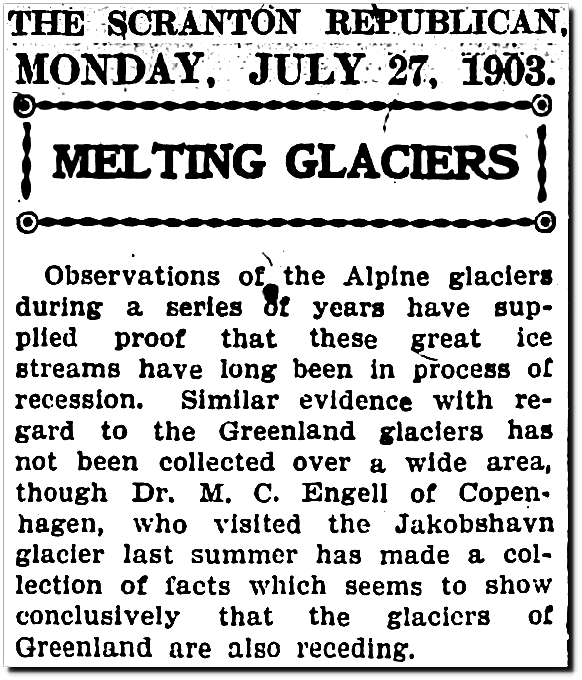 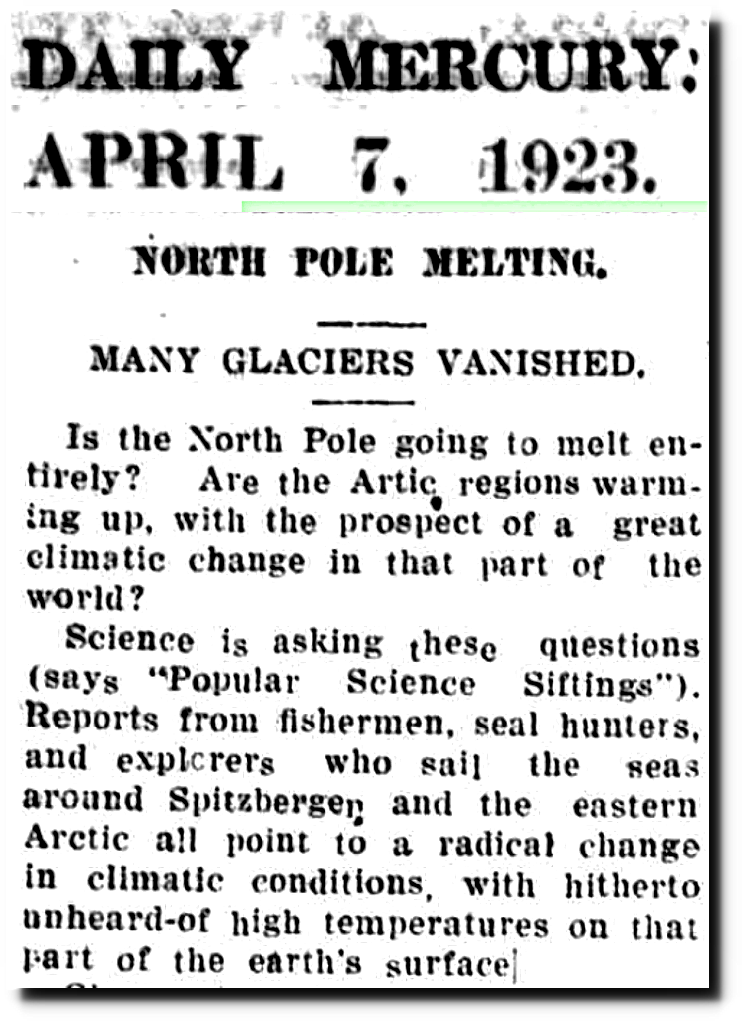 The largest ice cap in Greenland didn’t exist 4,000 years ago, because temperatures were too warm during the Holocene Optimum. 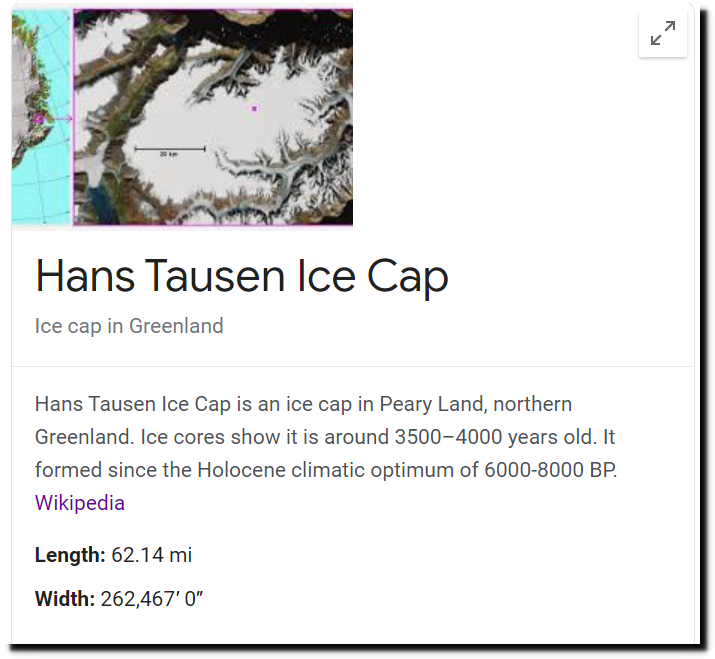 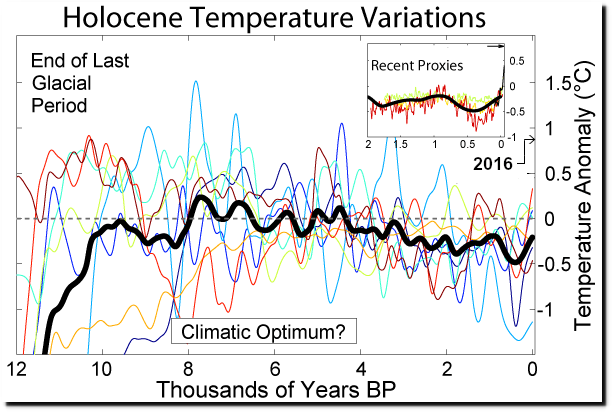 Trees grew all the way to the edge of the Arctic Ocean.

But science and reality are inconvenient, so academics and journalists erase it, and call their fraud “science.”

Scientists solve a major climate mystery, confirming Earth is hotter than it’s been in at least 120 centuries | Space Greenland’s ice sheet is melting as fast as at any time in the last 12,000 years, study shows – CNN

For the past five years, the surface mass balance of Greenland has been above average and is up about two trillion tons.