“Ice loss in Greenland has had some climatologists speculating that global warming might have brought on a scary new regime of wildly heightened ice loss and an ever-faster rise in sea level. But glaciologists reported at the American Geophysical Union meeting that Greenland ice’s Armageddon has come to an end.” 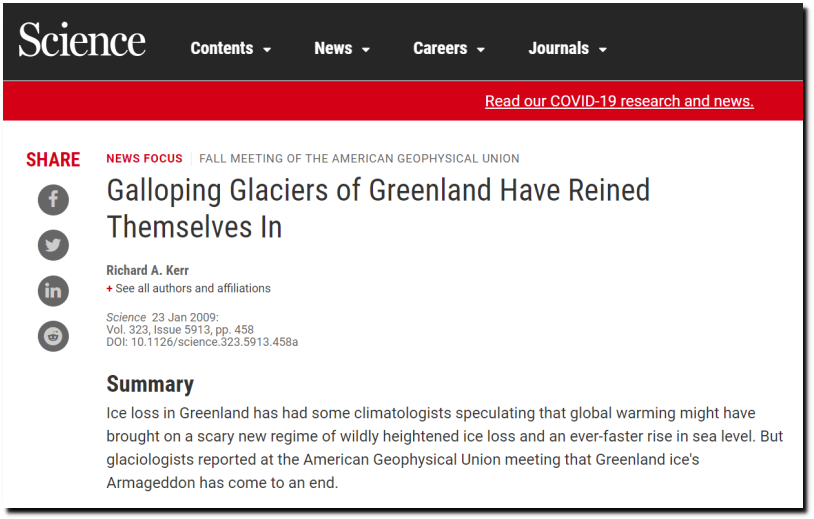 Galloping Glaciers of Greenland Have Reined Themselves In | Science