Scientific American apparently believes we didn’t used to have droughts before oil companies, and that droughts should be named after them. 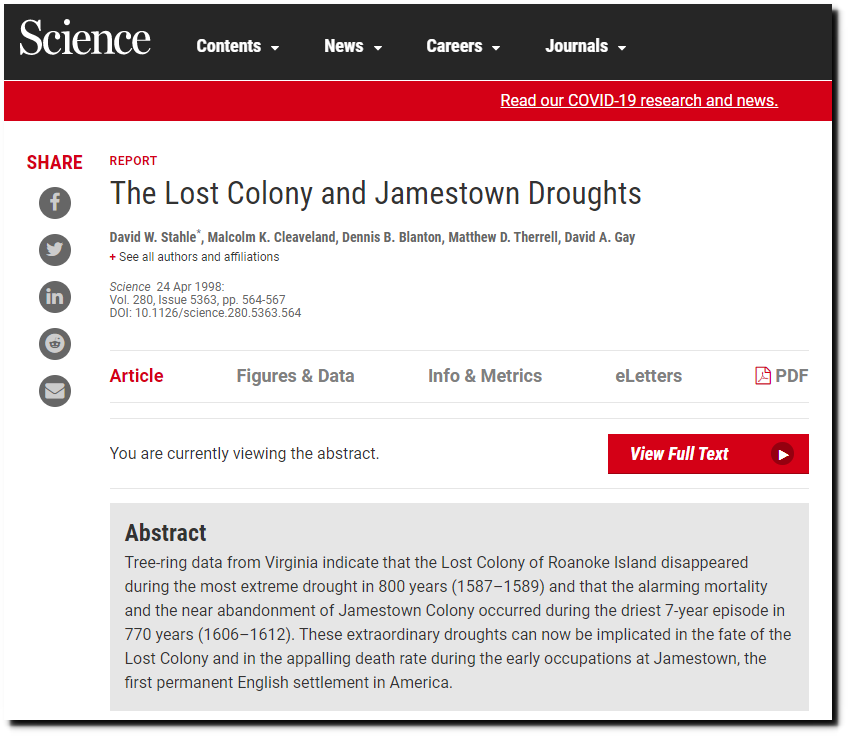 And we also need an Anasazi Drought. 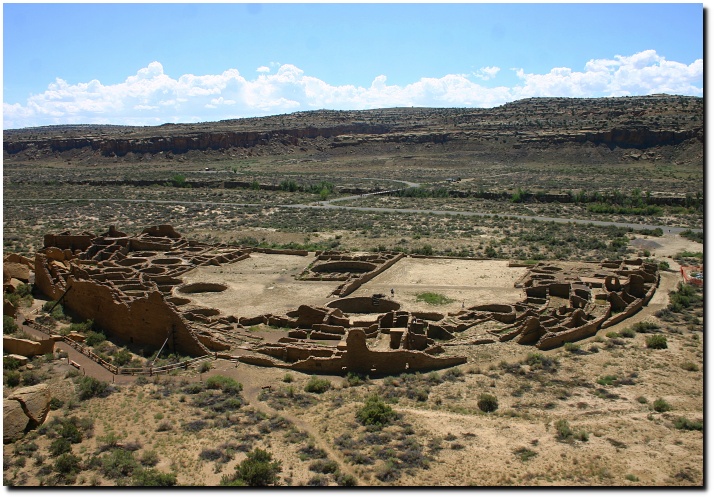 “Mega droughts have been verified by science. Carbon dating combined with dendrochronology — the study of tree rings — has determined the Southwest suffered from 14 mega droughts punctured sometimes with a couple years of normal precipitation spanning from 50 to 100 years stretching from 800 to 1600 AD.” 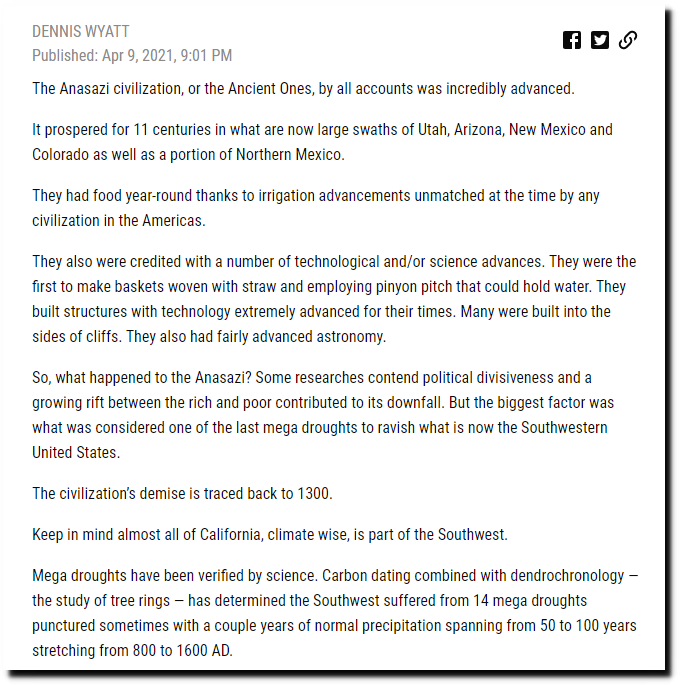