“E-cars are a danger for ship passengers”

“A Norwegian shipping company bans electric cars on its ferries. According to a risk analysis, the risk of fire from such vehicles is too great. An ocean liner had recently sunk because of it.

OSLO. The listed Norwegian shipping company Havila has banned electric, hybrid and hydrogen cars from its ferries. After a risk analysis, it was concluded that the risk to the safety of the shipping fleet was too great. If a car catches fire, the fire can no longer be extinguished.” 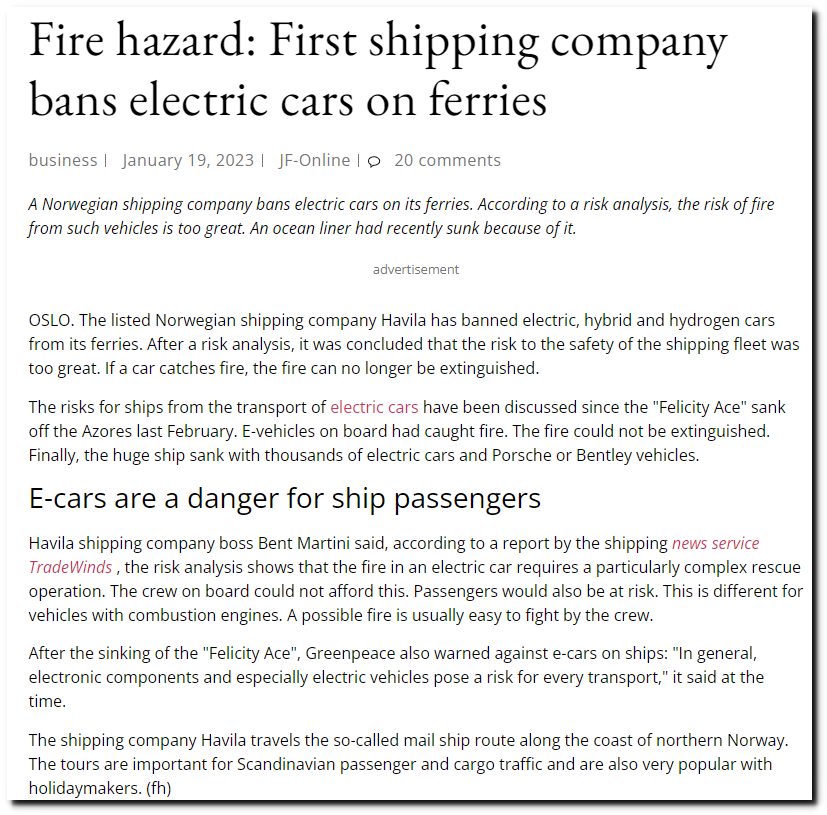 16 Responses to “E-cars are a danger for ship passengers”