The vast majority of the world’s high quality historical temperature data comes from the United States. NOAA has no long term daily temperature from most of the earth’s surface. 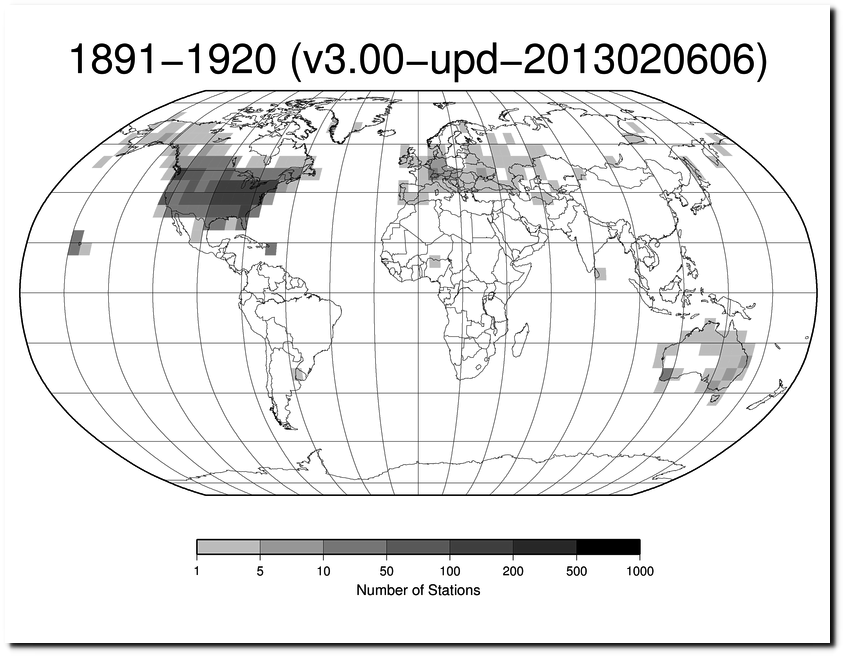 In 1999, NASA’s James Hansen was upset that the US temperature trend didn’t match the imaginary warming trend he had created for the rest of the world.

“in the U.S. there has been little temperature change in the past 50 years, the time of rapidly increasing greenhouse gases — in fact, there was a slight cooling throughout much of the country ….. climate trends have been fundamentally different in the U.S. than in the world as a whole.” 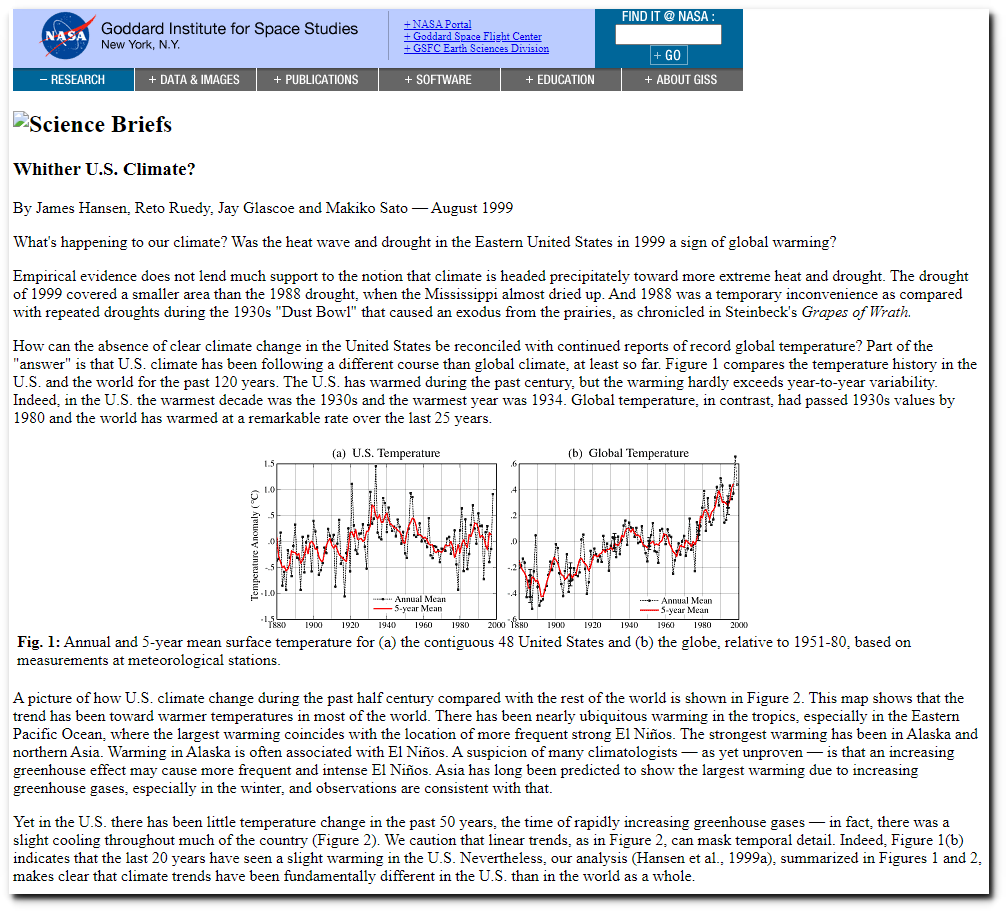 So NASA and NOAA did just what would expect them to, they altered the US temperature data to match the fake global temperature.

The Time of Observation Bias adjustment totaled 0.3F and tailed off after 1995.

Now the adjustments are much larger. The TOB adjustment has doubled in size and no longer tails off after 1990. Here are the specifics of the current adjustments for maximum temperature. I used a simple average of the data per year to generate these graphs. People have complained that the data needs to be gridded because of uneven distribution of stations, but the data doesn’t support that idea, NOAA temperature graphs are almost identical to the average of the final adjusted data set. 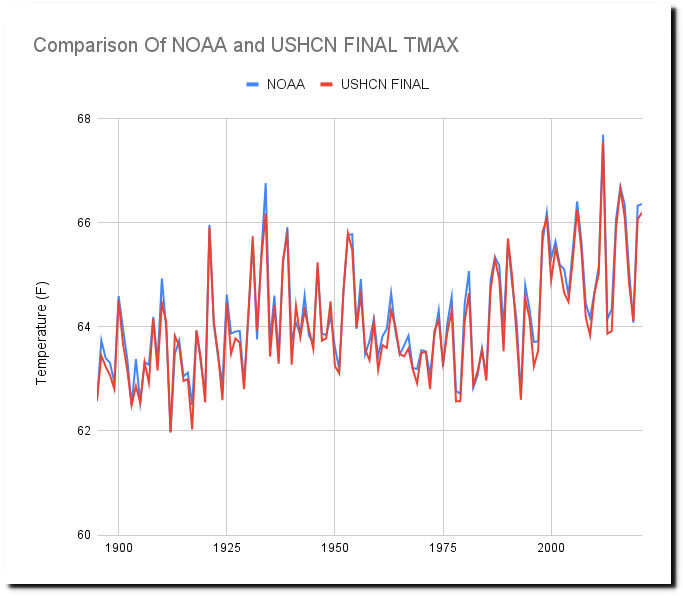 An easy way to test time of observation bias is to split the stations into two groups – morning stations and afternoon stations.  The trends are almost identical, but morning stations are warmer because people in warmer climates are more likely to go outside and take readings during the morning. 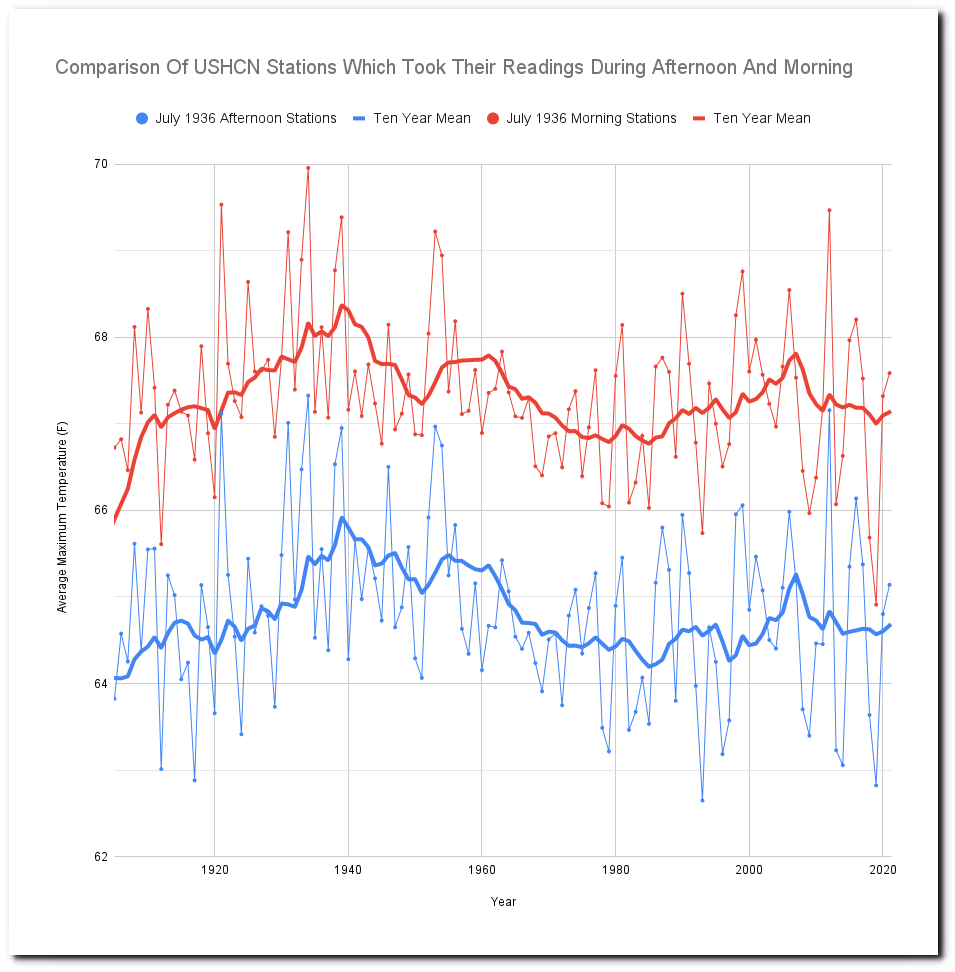 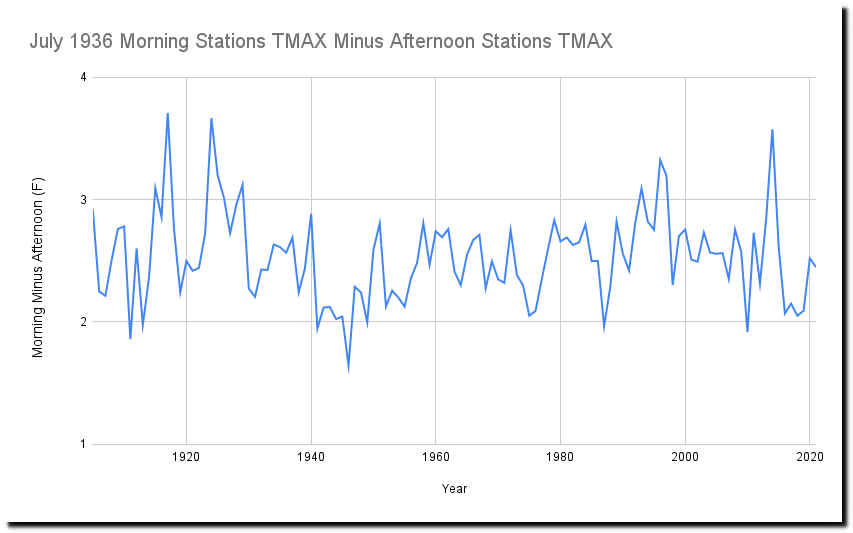 This the split of groups for Missouri. The afternoon stations were more than half a degree cooler. One adjustment has some legitimacy. There has been a large loss in stations over the past 30 years, which has caused the average latitude to move north. Using only the set of stations with a 100 year long record, there is more warming over the past 30 years. 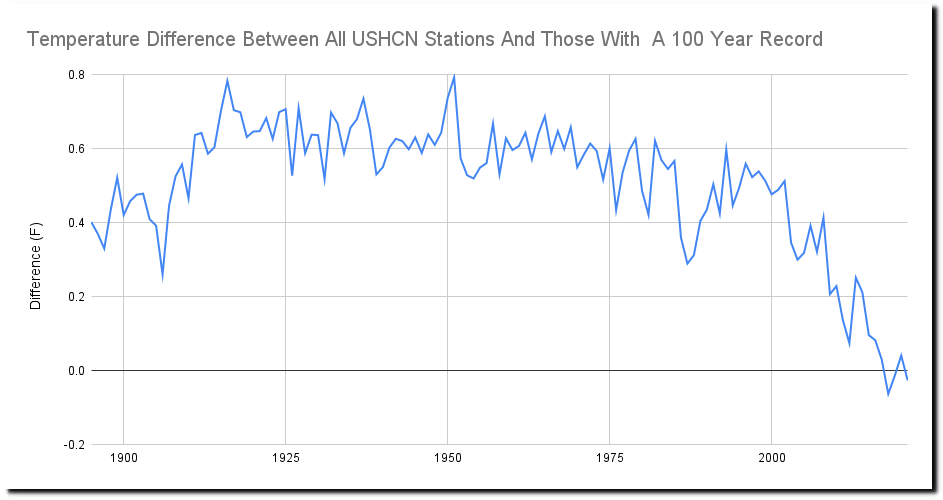 The number of hot days is not much affected however.