A 2009 Reminder That Climate Alarmists Are Complete Nutcases

‘Earth 2100’: the Final Century of Civilization? 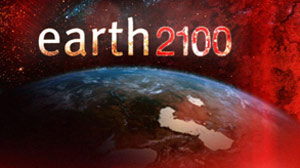 It’s an idea that most of us would rather not face — that within the next century, life as we know it could come to an end. Our civilization could crumble, leaving only traces of modern human existence behind.

We can only hope that the lives progressives live comes to an end.

By 2015, there are expected to be hopeful signs. Experts predict alternative energy solutions that are currently in their infancy will gain momentum. Windmills may sprout up everywhere. Off the coast of Scotland, a sprawling wave farm will harvest renewable energy from the ocean.

They are hoping to destroy Scotland’s coastlines

But will it be enough? In 2015, global demand for fossil fuels could be massive and growing, but experts say oil will be harder to find and far more expensive to consume.

“We have no new source of energy on the horizon that’s currently capable of being developed on a large enough scale to replace the supply of oil in any near- term framework,” says Michael Klare, professor of peace and world security studies at Hampshire College.

If the cost of gasoline skyrockets, few may be able to afford to maintain the lifestyles to which we’ve grown accustomed. There may be a mass exodus from the suburbs, as driving gas-fueled cars becomes nearly impossible economically. But will that convince us to change our ways?

“Until we have a crisis of some kind, I don’t think we’re going to be motivated to make the really deep changes in the way we use energy, the technologies we use, the density of our cities, our travel patterns,” says Thomas Homer-Dixon, a political science professor and author of “The Upside of Down.”

The imagined crises in Lucy’s futuristic world come in the forms of earthshaking hurricanes spawned by over-reliance on climate-damaging coal and other nonrenewable resources. What if climate change in our world is actually much closer than we think? Many experts say we have to start seriously reducing greenhouse gas emissions by 2015, or we may pass a point of no return.

The US has had the quietest hurricane period on record since 2009. Coal has no impact n the climate. These people are certifiable.

“If we continue on the business as usual trajectory, there will be a tipping point that we cannot avert,” says John P. Holdren, science advisor to President Obama. “We will indeed drive the car over the cliff.”

Progressives are always contemplating suicide, because they are mentally ill.

Scientists predict that by 2020, global catastrophes may well begin to accelerate. The human population is expected to explode and animal species may be dying off at a rapid rate. As the world becomes more chaotic, the costs of mending it would grow more and more daunting.

Other voices can be heard saying that “Flames cover hundreds of square mile” and “We expect more intense hurricanes.” Another voice says, “Well, how warm is it going to get? How much will sea level rise? We don’t know really know where the end is.” Describing dangerous temperature levels and dropping agricultural production, the news package brings in The Weather Channel’s Heidi Cullen, who says, “There’s about one billion people who are malnourished. That number just continually grows.” The doomsday predictions for 2015 go further and include $12.00 for a gallon of milk and $9.00 a gallon for gasoline, if there is any gas at all that is left.

By 2020, hopefully all progressives will be removed from government. They are completely insane.

In 1977, ABC News said we would all die from global cooling.