A World Without Snow

Sixteen years ago, the Guardian warned of a world without snow. Warming effect in a world without snow | Environment | The Guardian

That sounds bad. Particularly since the Washington Post says we may be having having our largest snowstorm on record this weekend.

Historic blizzard bearing down on Colorado and Wyoming

“Before the wintry onslaught is over, some locations in the Colorado foothills & eastern Rockies might end up with as much as four feet of snow. Some cities, particularly Cheyenne, Wyo., could challenge all-time snowfall records.” 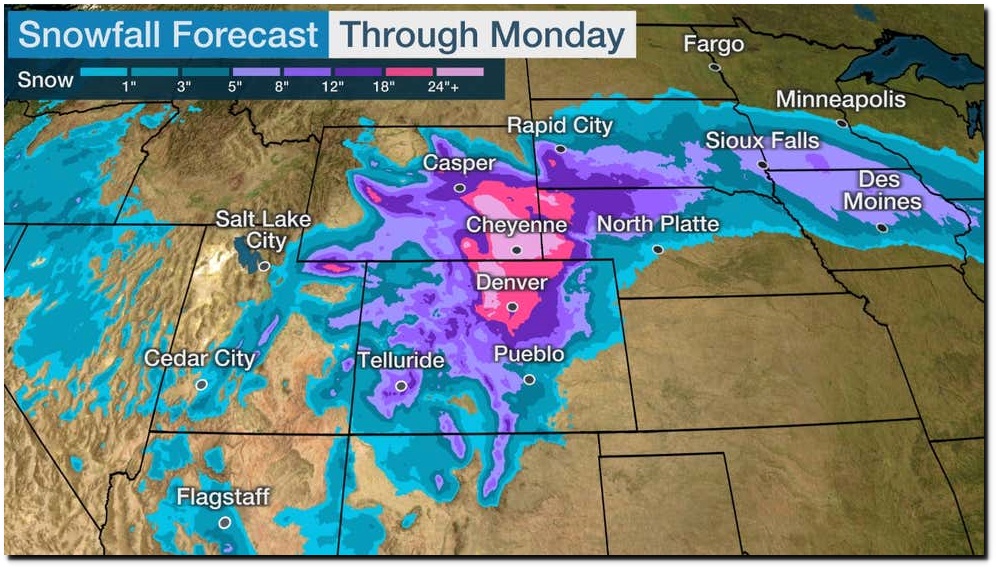 6 Responses to A World Without Snow