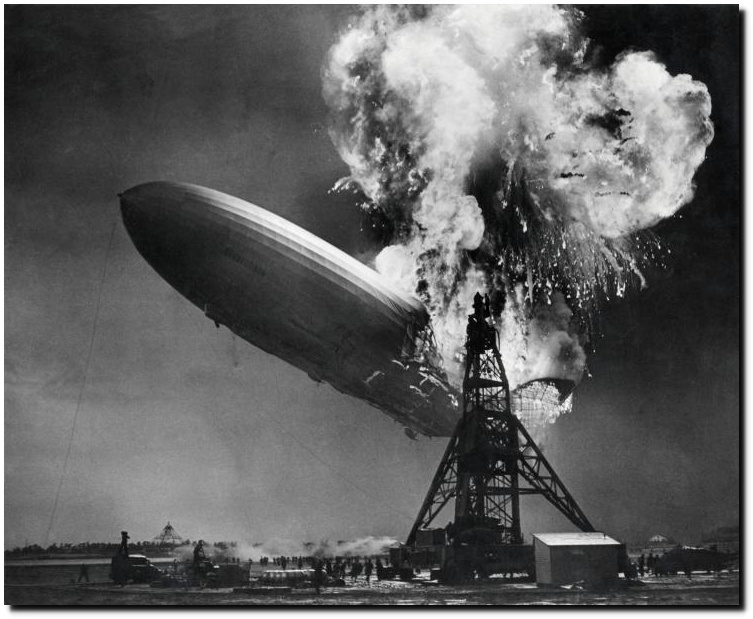 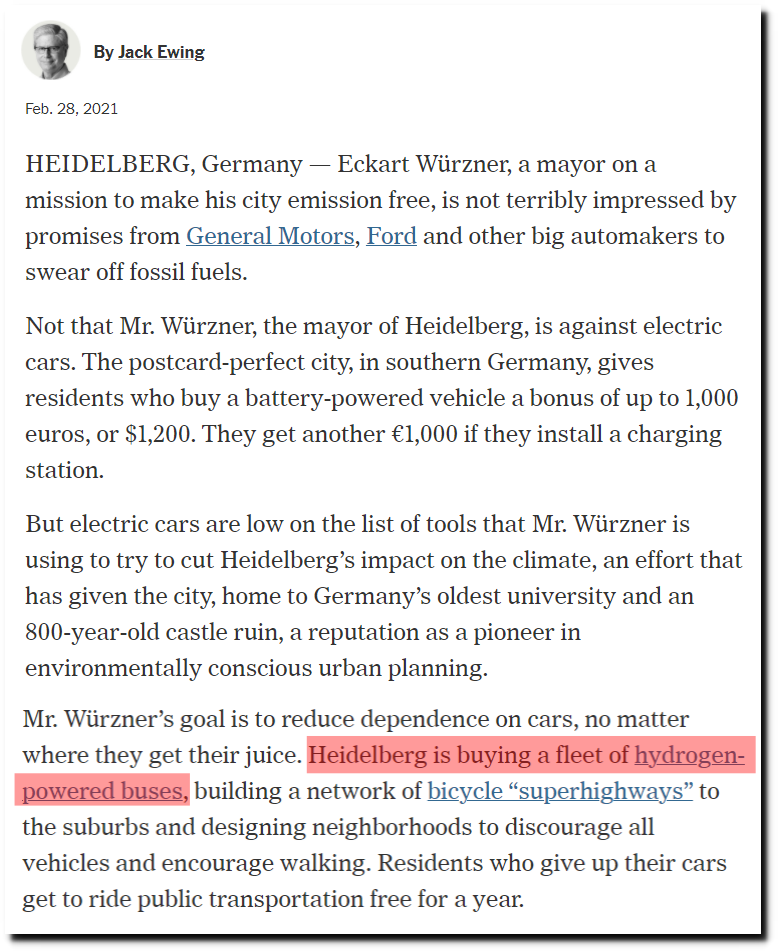 The City Where Cars Are Not Welcome – The New York Times

Germany wants everyone to social distance in order to stop the spread of viruses, and they also want to pack everyone on to hydrogen powered buses. But apparently nobody told the mayor that burning hydrogen produces water vapor – which is responsible for the vast majority of the greenhouse effect on earth. Will COVID-19 Sound The Permanent Death Knell For Public Transit?

The generation of hydrogen requires huge amounts of energy, likely from a coal fired power plant. But no worries, because the Mayor of Heidelberg is building bike trails so that elderly people can do their shopping on a bicycle in the snow. Germany’s ‘Green’ Energy Failure: Germany turns back to ‘dirty’ coal and natural gas as millions of its solar panels are blanketed in snow and ice  | Tech News | Startups News