NY Times Climate Science : Off By Six Orders Of Magnitude

Twenty one years ago, the New York Times announced that the North Pole was ice-free for the first time in fifty million years.

“The North Pole is melting.

The thick ice that has for ages covered the Arctic Ocean at the pole has turned to water, recent visitors there reported yesterday. At least for the time being, an ice-free patch of ocean about a mile wide has opened at the very top of the world, something that has presumably never before been seen by humans and is more evidence that global warming may be real and already affecting climate.

The last time scientists can be certain the pole was awash in water was more than 50 million years ago.” And now in 2021 Arctic sea ice is two meters thick. 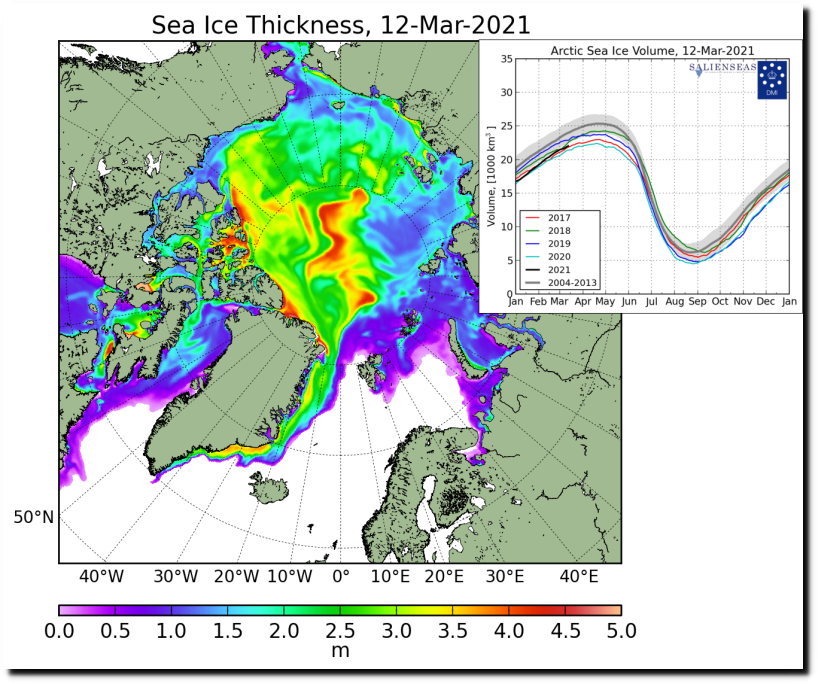 9 Responses to NY Times Climate Science : Off By Six Orders Of Magnitude