Eighty years ago the US government explained why increasing levels of CO2 would not have a significant impact on the climate.

“Much has been written about varying amounts of carbon dioxide in the atmosphere as a possible cause of glacial periods. The theory received a fatal blow when it was realized that carbon dioxide is very selective as to the wave lengths of radiant energy it will absorb, filtering nut only such waves as even very minute quantities of water vapor dispose of anyway. No probable Increase in atmospheric carbon dioxide could materially affect either the amount of insolation reaching the surface or the amount of terrestrial radiation lost to space.” 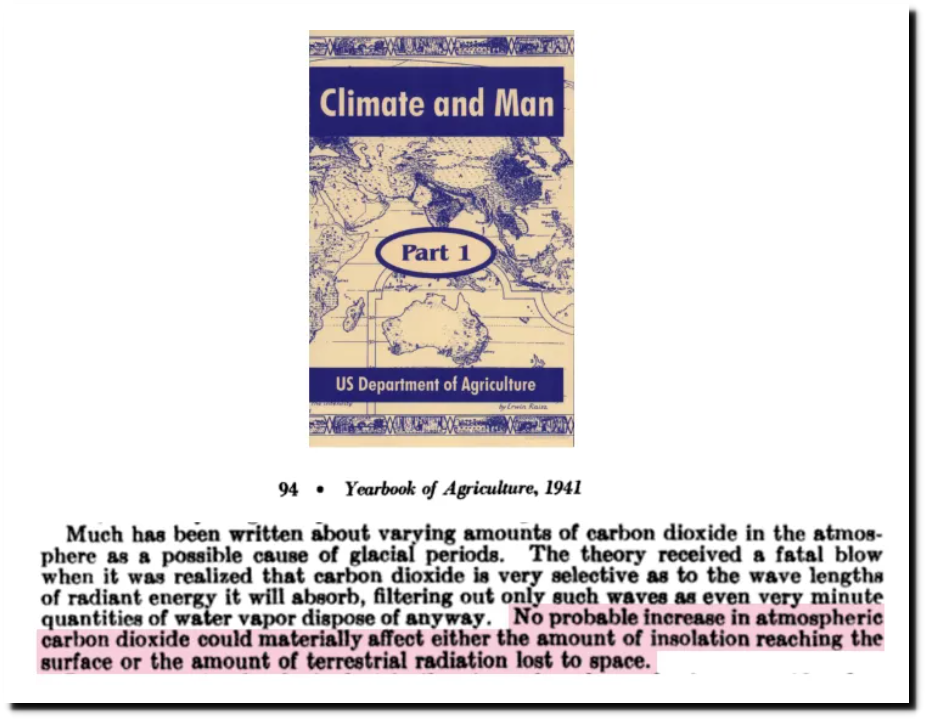 6 Responses to The Government Knew