Thirty-five years ago, NASA’s James Hansen predicted 4-6 degrees warming for the US from 1958 to 2020, and that the number of (typo in the article) 90 degree days at Omaha and Washington DC would more than double. 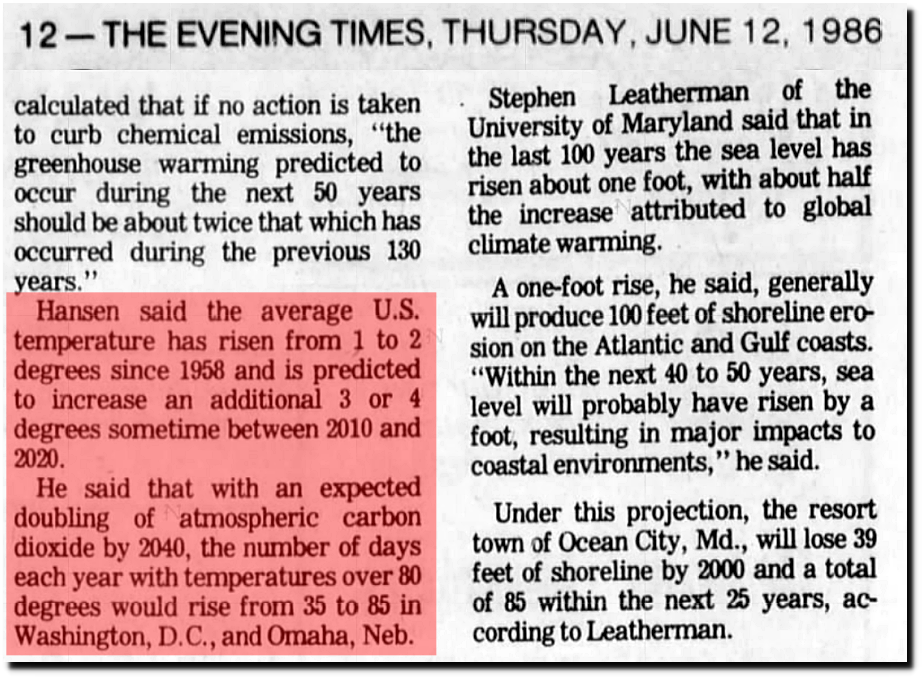 The actual average temperature increase in the US from 1958 to 2020 was less than one degree. 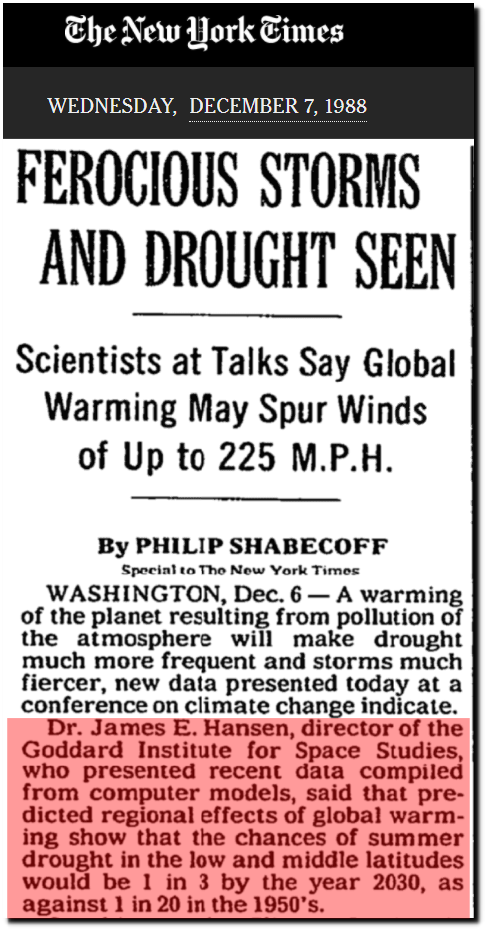 During the 1950’s the US was in drought most of the time, but droughts have been much less common over the past 60 years.