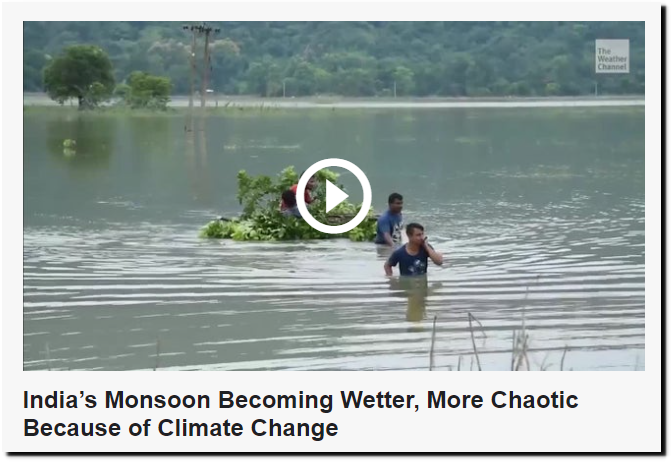 In India, for example, before the global warming trend of1890-1940. severe drought struck about once every four years. With the warming, however, and more abundant monsoon rains, drought came only once every 18 years or so, greatly increasing India’s grain production. Some *climatologists think that if the current cooling trend continues, drought will occur more frequently in India 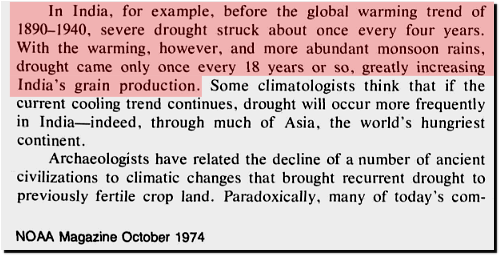