The EPA has brought back their website detailing “ongoing climate threats” which were being suppressed by the Trump Administration.

Heat waves across the country are more frequent, more intense, and last longer. Wildfires are burning more land. The East and Gulf Coasts are flooding more often, while ice sheets are disappearing and sea levels are rising. 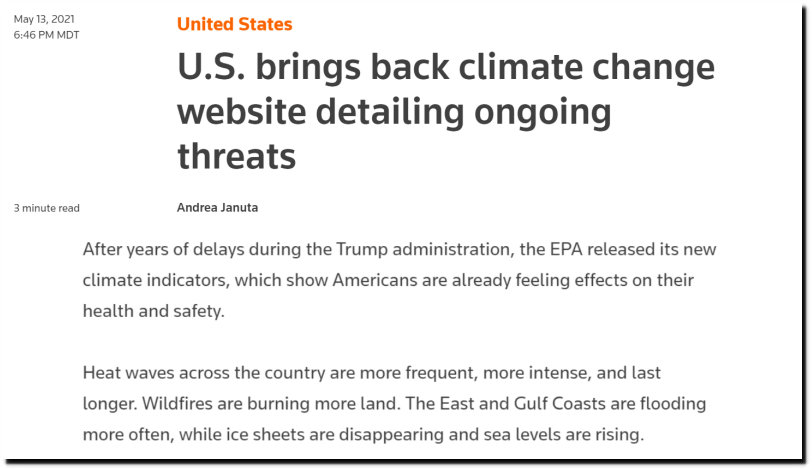 The first graph on their website shows CO2 concentrations, in an attempt to link CO2 with climate. 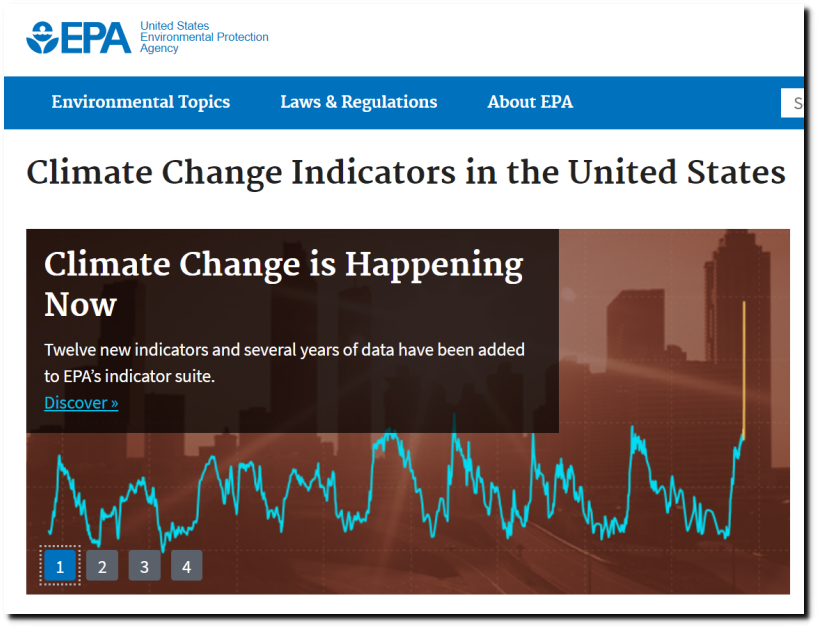 Climate Change Indicators in the United States | US EPA

Then they have heatwave graphs going back to the 1960s, showing heatwaves increasing. Their old heatwave graph shows that they cherry picked the lowest point in the dataset, and that heatwaves were much less severe in the second half of the 20th century than in the first half. Summers are also getting shorter, with May temperatures getting cooler Summers have gotten much cooler in the US over the past century. September temperatures are getting cooler as well. The EPA shows forest fires burn acreage has been increasing since 1983. 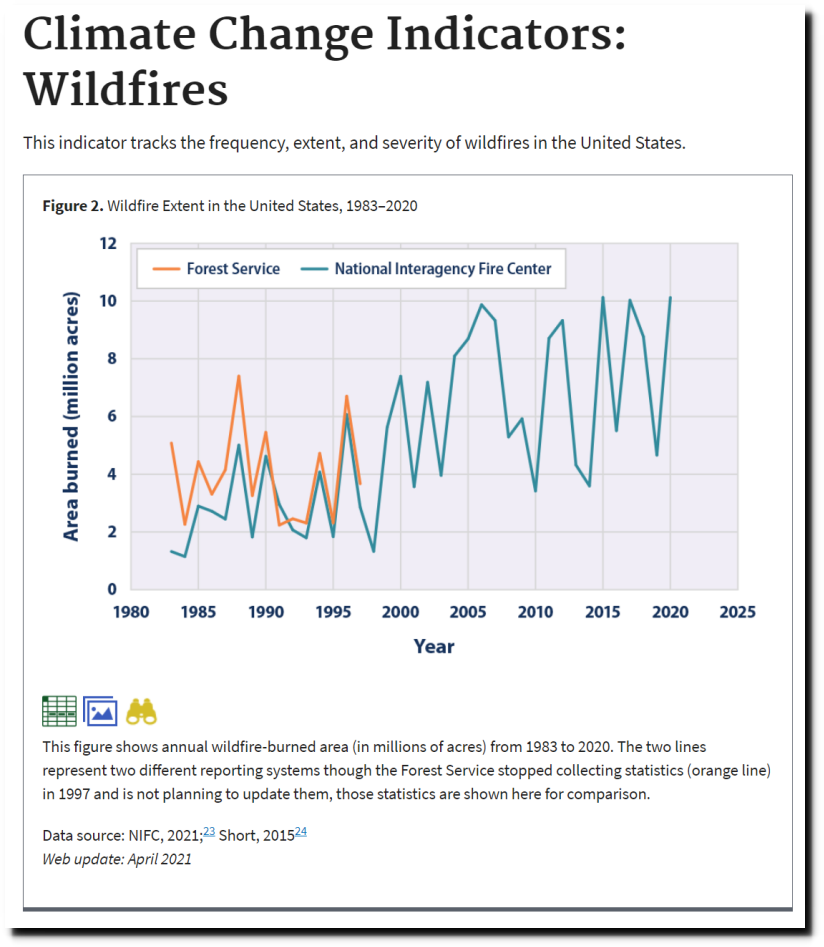 The entire US Forest Service data set shows that burn acreage has plummeted as CO2 has increased. By cherry-picking a start date of 1983 and greatly exaggerating the Y-axis, they make it appear like CO2 and burn acreage correlate. Their drought graph shows that the climate isn’t changing Se level has been rising for 20,000 years, and there is no indication it is accelerating The last time CO2 levels were this high, temperatures were 5F warmer – meaning that this time, they are 5F cooler. In other words, CO2 doesn’t control the temperature.