NOAA claims the US has warmed one degree over the past twenty years. 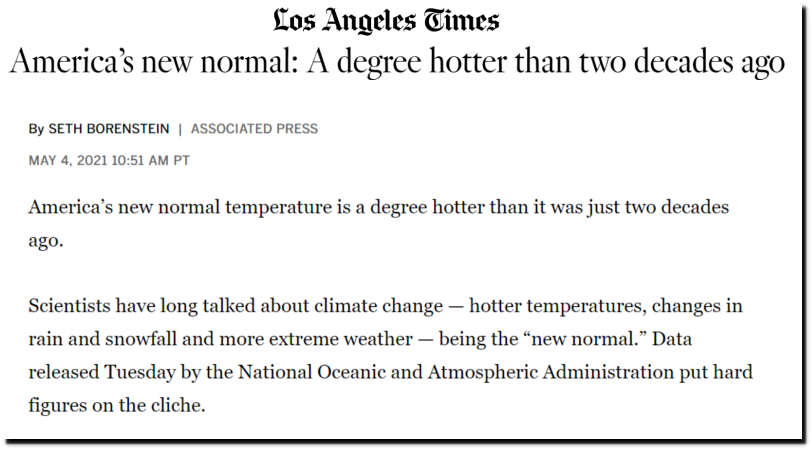 All of the claimed warming is due to data tampering by NOAA. They adjusted temperatures from twenty years ago down about 0.2F and recent temperatures up by 1.2F. The US has cooled slightly over the past twenty years. The level of cynicism and fraud of the Biden administration appears to be boundless.

14 Responses to NOAA Takes Climate Cynicism To A New Level