“yes, climate change made it worse”

NBC News says that the heatwave in the Pacific Northwest was one of the most intense ever and climate change made it worse.

The heat was actually confined to a small area. New Mexico is experiencing record cold. 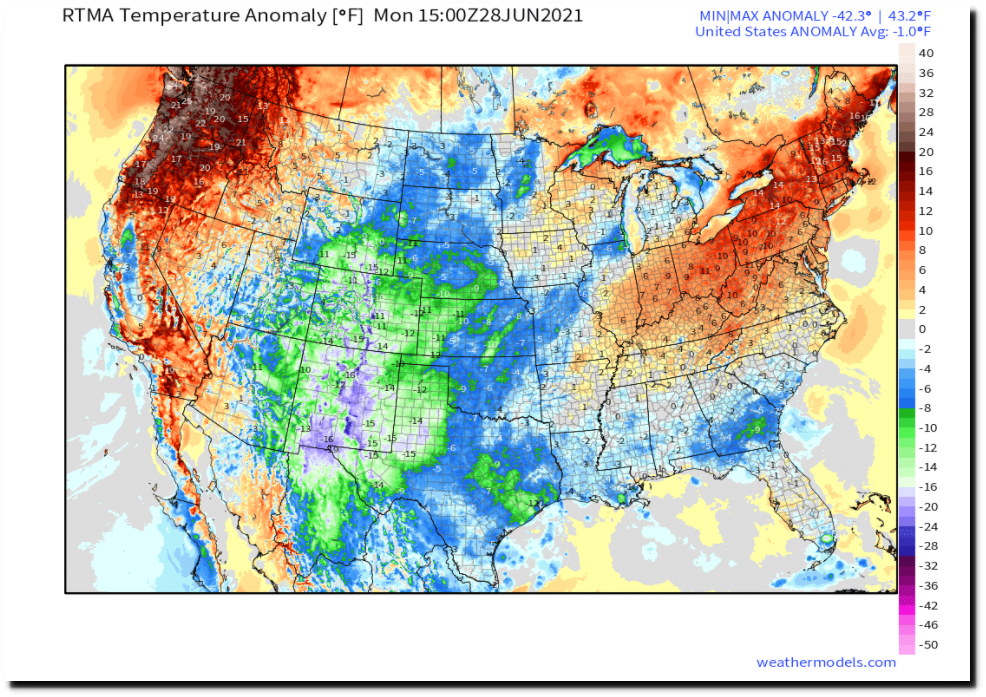 During past heatwaves, there have been 100 degree temperatures from coast to coast – like this date in 1934. The percent of the US which reaches 100F sometime during the year has dropped in half over the past 90 years. The average maximum temperature has dropped sharply over the past 90 years, as has the number of hot days. Globally the temperature anomaly relative to 1979-2000 was 0.2C, but NBC News determined that a small area of the Pacific Northwest is indicative of the global climate. 5 Responses to “yes, climate change made it worse”