Gibraltar is the only country in the world which is 100% vaccinated, and the CDC just moved them to their “Very High Travel Risk” category. 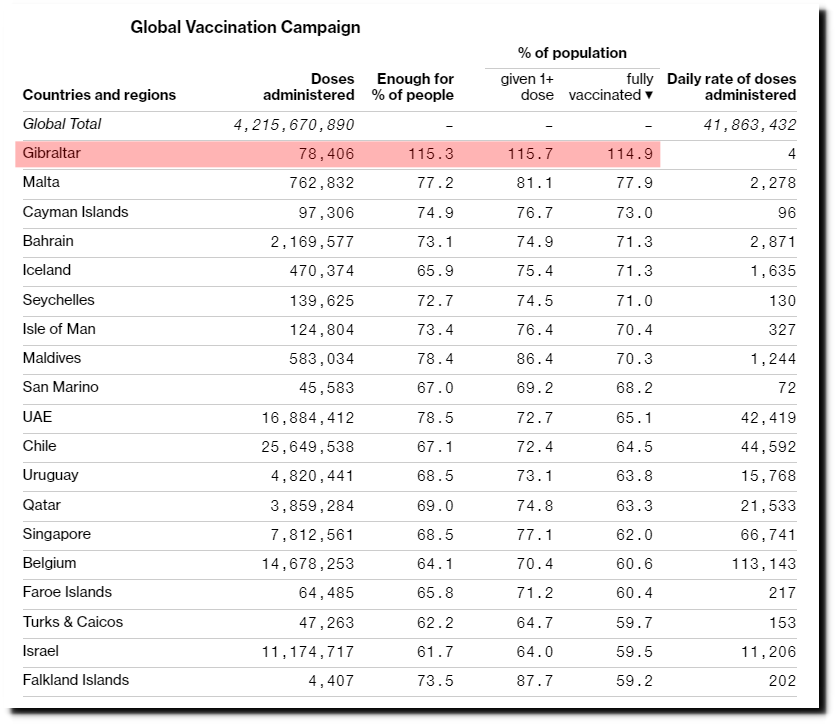 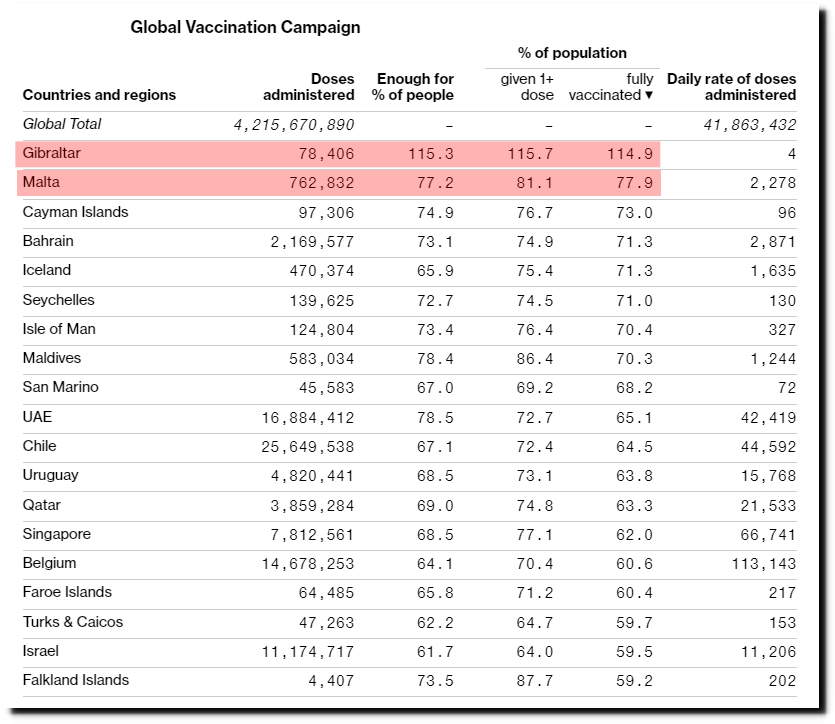