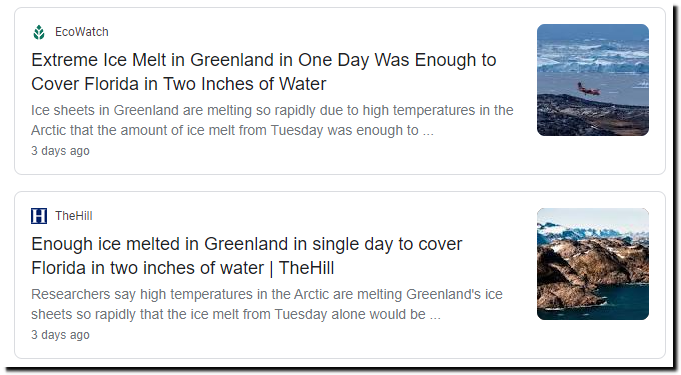 Greenland is more than ten times the size of Florida. It wouldn’t take a lot of melt to produce that much water. The surface mass balance of Greenland has been above average for three of the past five years, including this year.

5 Responses to Extreme Melt In Greenland