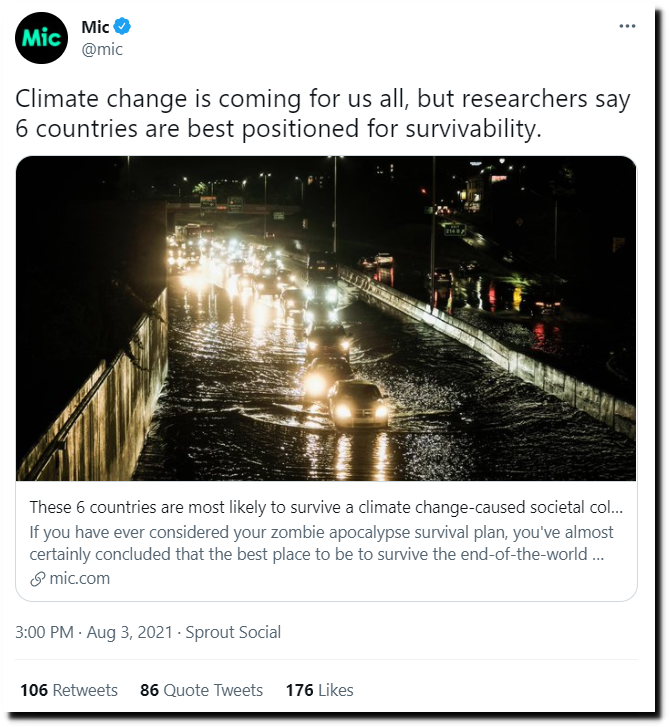 Apparently we will all have to move to Antarctica after all.

Why Antarctica will soon be the only place to live – literally

9 Responses to Only Six Countries To Survive Global Warming