July 1901 was the second hottest July in the US. During July 1901, Arizona, Missouri, Oklahoma, Arkansas, Illinois, Indiana, Utah, Kansas, Wisconsin, Iowa, Montana, Nebraska, Tennessee and Texas were over 110F and all but six states were over 100F. The heat drove James Kincaid to suicide on his wedding eve. 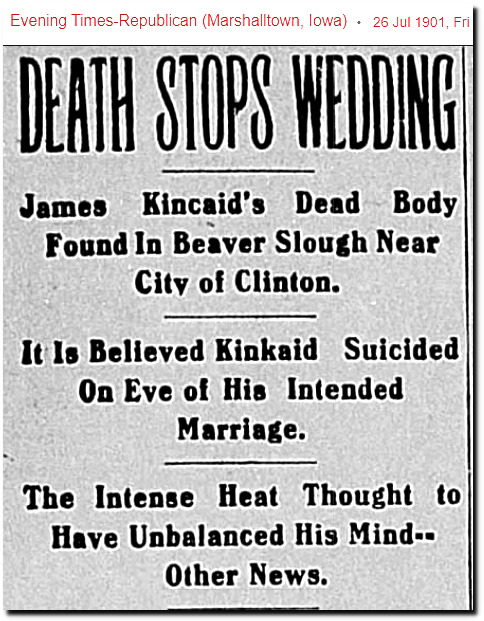 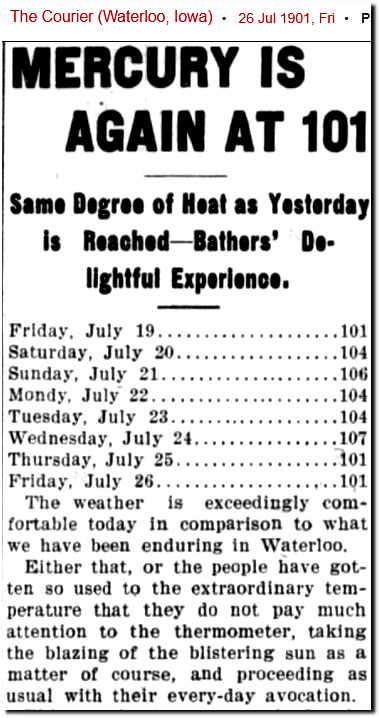 Scientists blamed the 1901 heat on the sun. 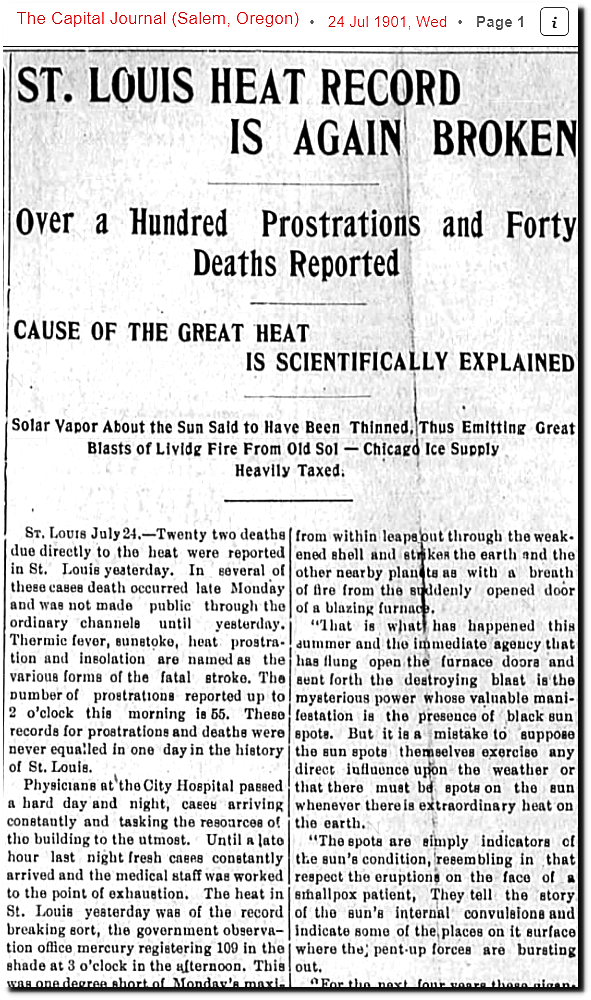