Ice Loss Over The Past Fifty Years This is the current map from DMI. 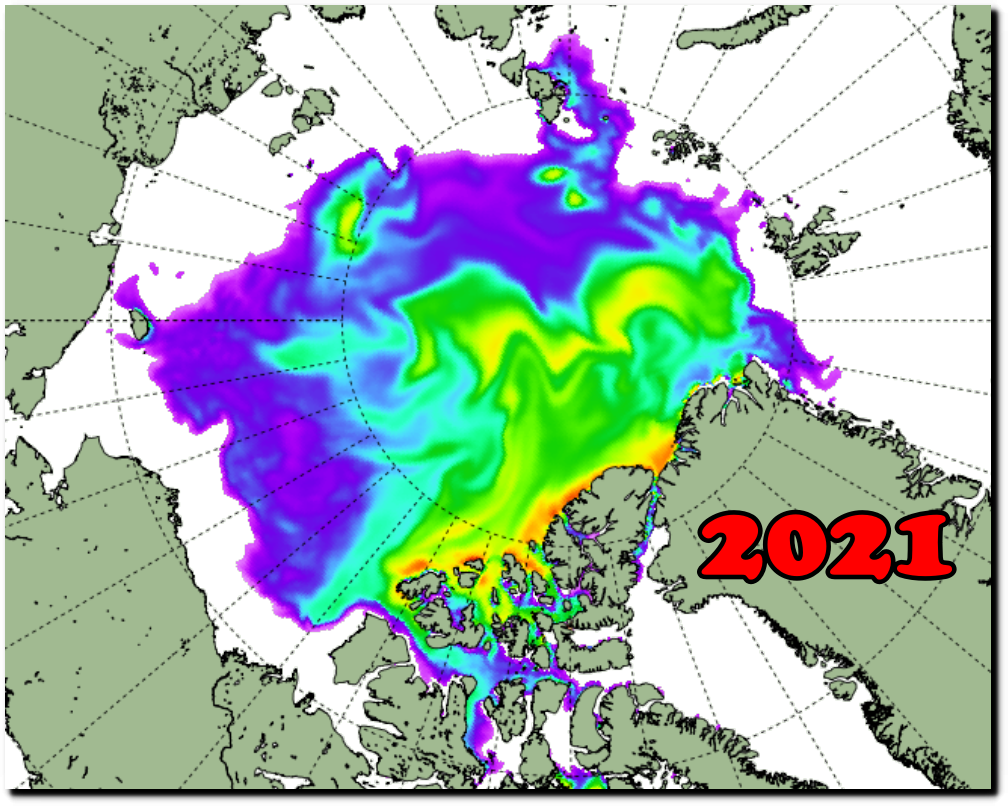 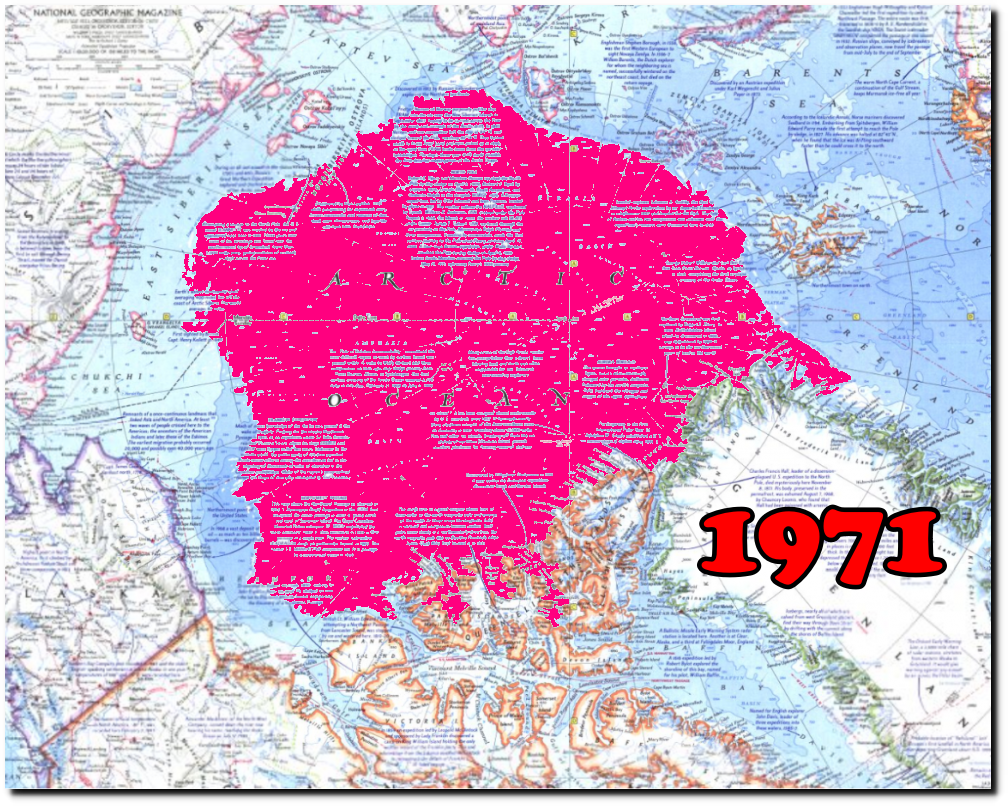 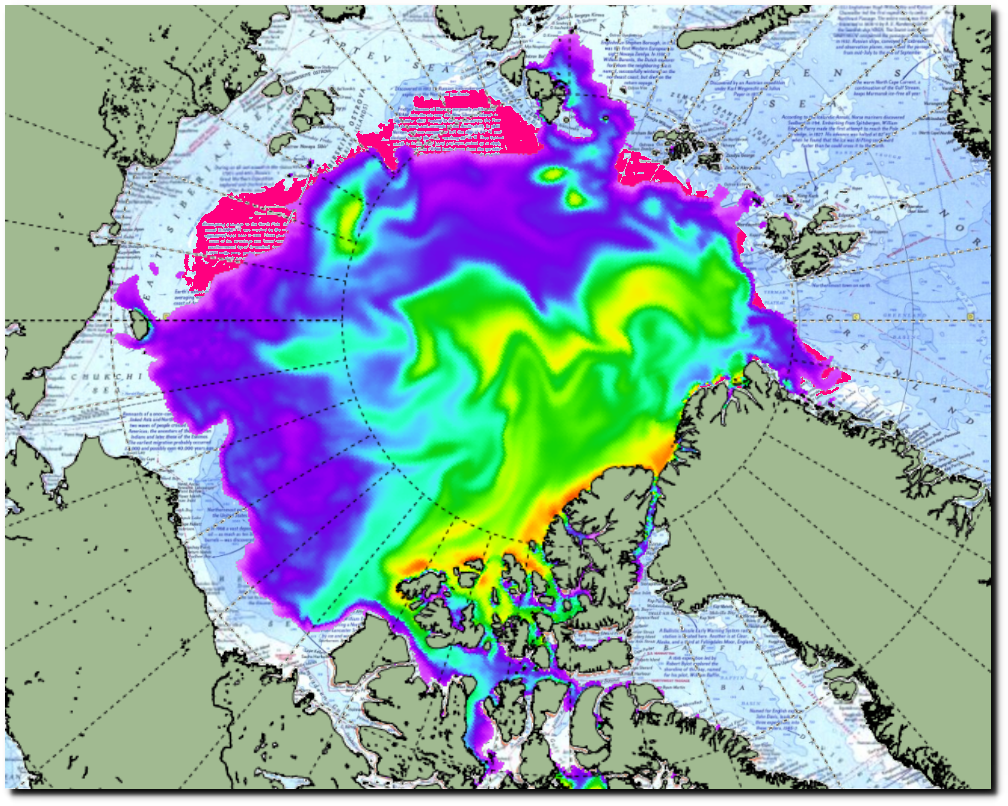 In 1958 the New York Times reported rapidly melting ice and predicted an ice-free Arctic in a generation. They said the ice was two meters thick. The ice is currently about two meters thick. 6 Responses to Ice Loss Over The Past Fifty Years